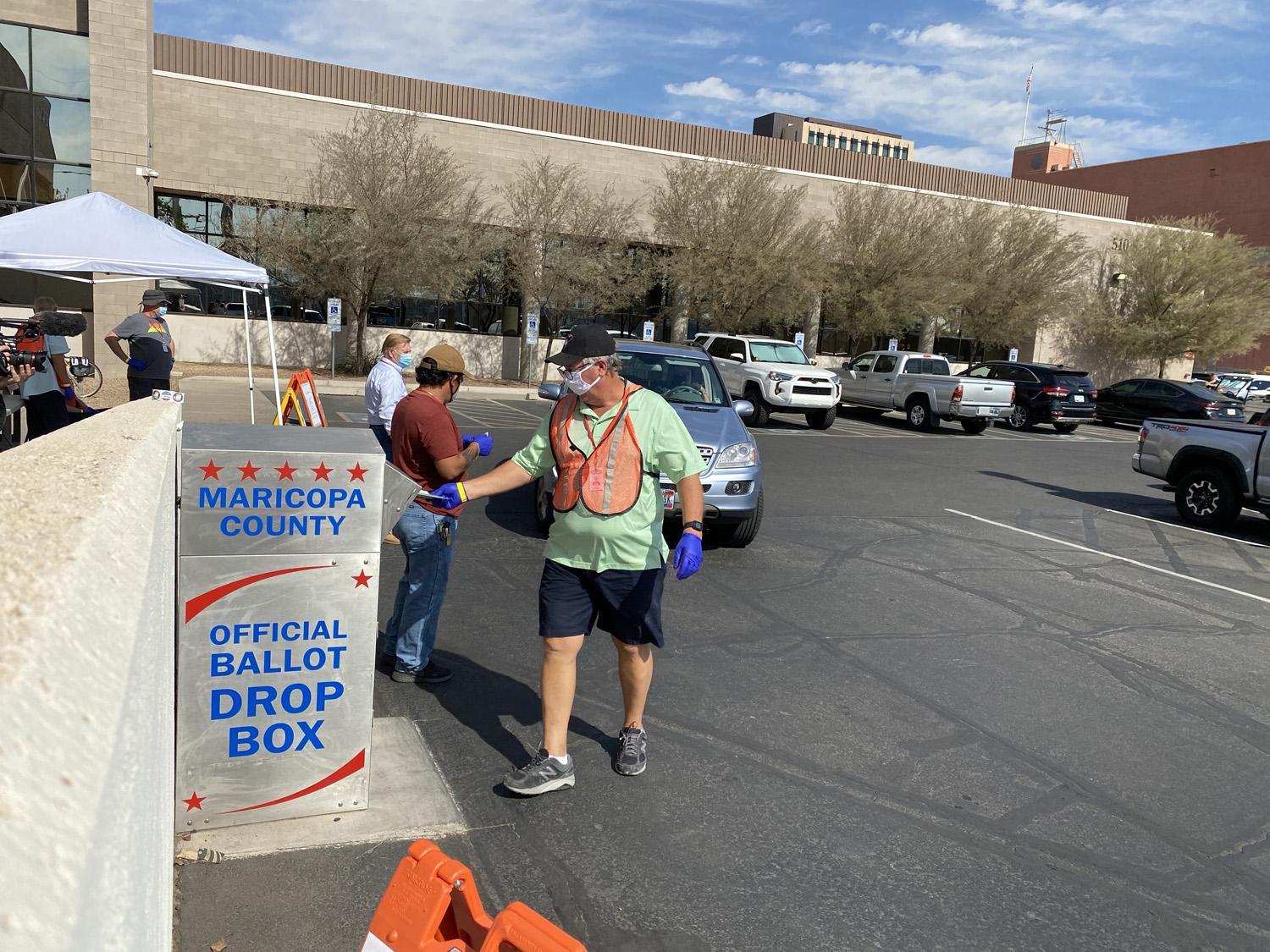 With nearly half a million ballots already cast already in Arizona, Democrat voters have surged to a commanding lead at the polls.

Of the 1.32 million ballots returned so far, 569,345 were returned by Democrats. The turnout rate for Democratic voters is now 41%, far exceeding the 28% turnout for the Democratic Party over the same early voting period in 2016, according to data compiled by Sam Almy of Saguaro Strategies, a political consulting firm.

Republican turnout has also increased, though not by as much.

Another 309,407 ballots have been returned by registered independents and voters of other political parties.

Almy said the Democrat’s voting advantage spans across nearly all legislative and congressional districts in Arizona. Even in districts with a solid GOP voter registration advantage, Democratic voters are over performing when it comes to early voting.

The important question for Democrats is if that advantage will last through election day, Almy said.

A majority of the votes cast so far are by “likely” voters, those who’ve cast a ballot in each of the last four elections. But Almy said Democrats are also leading when it comes to early votes cast by new voters.

“What we’re seeing is new voters, either registered since the 2018 election, voters who have voted in one of the last four elections or two of the last four elections, the Democrats are outperforming the  Republican and independent returns right now,” Almy said. “So we’re seeing that some of that electorate is shifting, and that momentum should carry through to election day.”

Almy acknowledged that many likely Republican voters have yet to cast their ballot, and may be holding onto them until closer to election day.