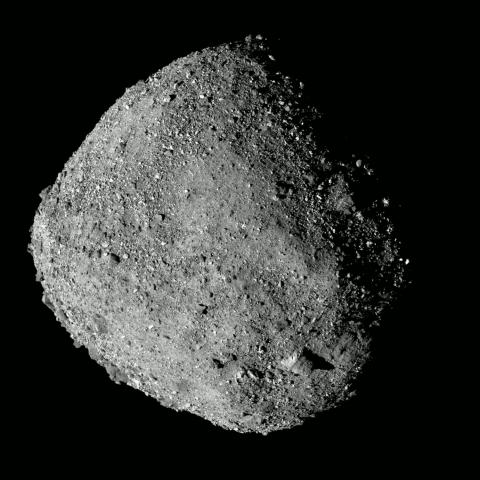 NASA/Goddard/University of Arizona
The asteroid Bennu.

A spacecraft that launched in 2016 will make its first attempt Oct. 20 to collect a sample from the surface of the asteroid Bennu, and then bring it back to Earth.

The OSIRIS-REx mission is NASA’s first sample return mission since the Apollo Era, and the first time the agency is bringing back a piece of an asteroid.

Scientists, including those at the University of Arizona, have been working to get ready for the sample collection.

To get a sense of what they’ve been doing, The Show spoke with Heather Enos, the deputy principal investigator on the OSIRIS-Rex Mission at UA, about what the team has found since the spacecraft arrived at the near Earth object Bennu at the end of 2018.