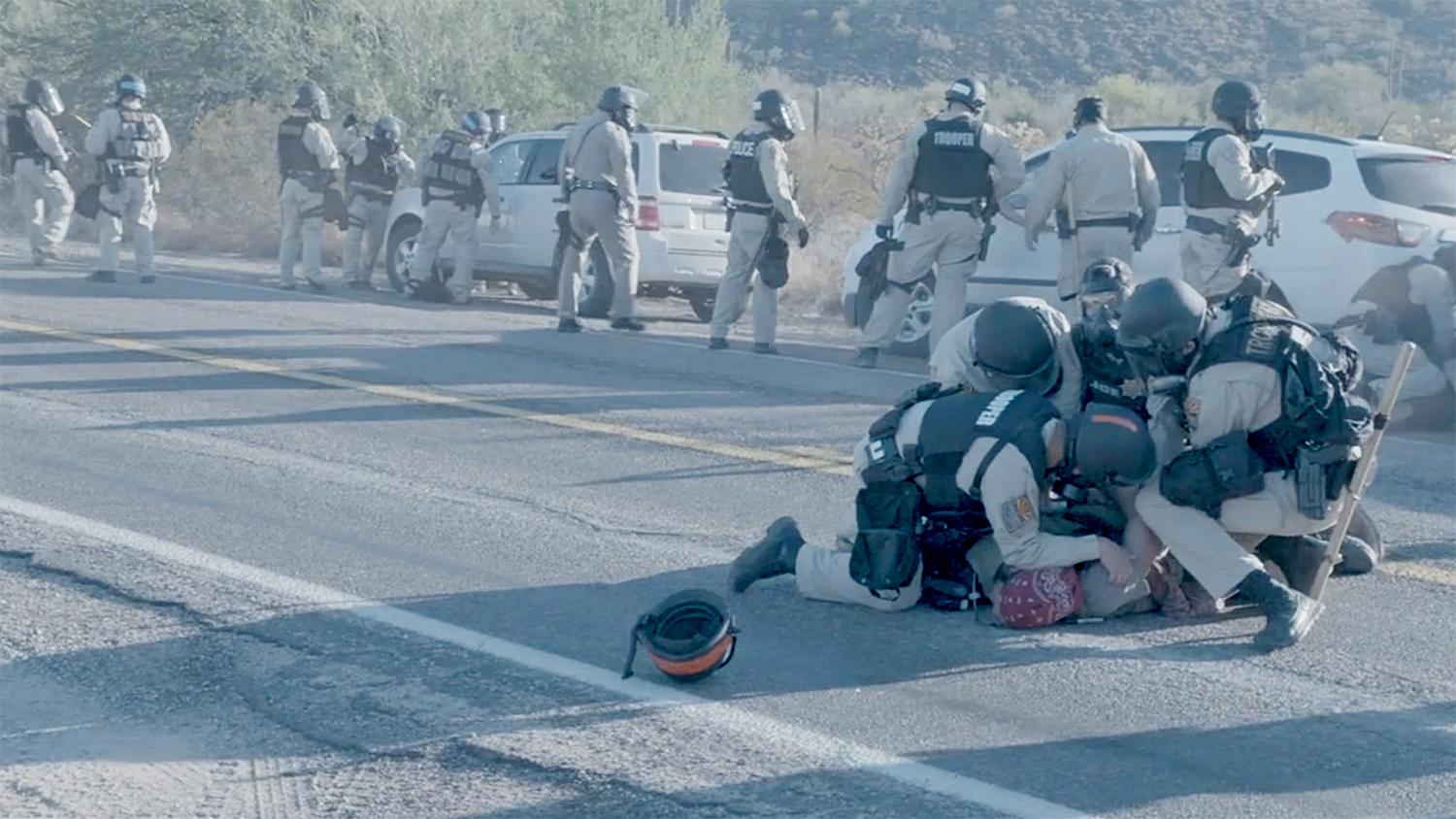 Rafael Samanez
Arizona Department of Safety officers surround and handcuff an Indigenous demonstrator during an O'odham-led blockade at a Border Patrol checkpoint on Highway 85 on October 12, 2020.

The head of a southern Arizona tribe condemned the U.S. government for tear gassing and forcefully removing protesters demonstrating against the Trump administration’s border wall construction.

For years, he said, O’odham leaders have been criticizing the same issues the protesters marched against: the destruction of precious sites sacred to the tribe.

It’s the tribal leader’s strongest criticism yet against the border wall; a project he calls mad dash that serves no other purpose than a campaign prop for President Donald Trump.

The Show talked with Alisa Reznick at Arizona Public Media about the latest on the protests.