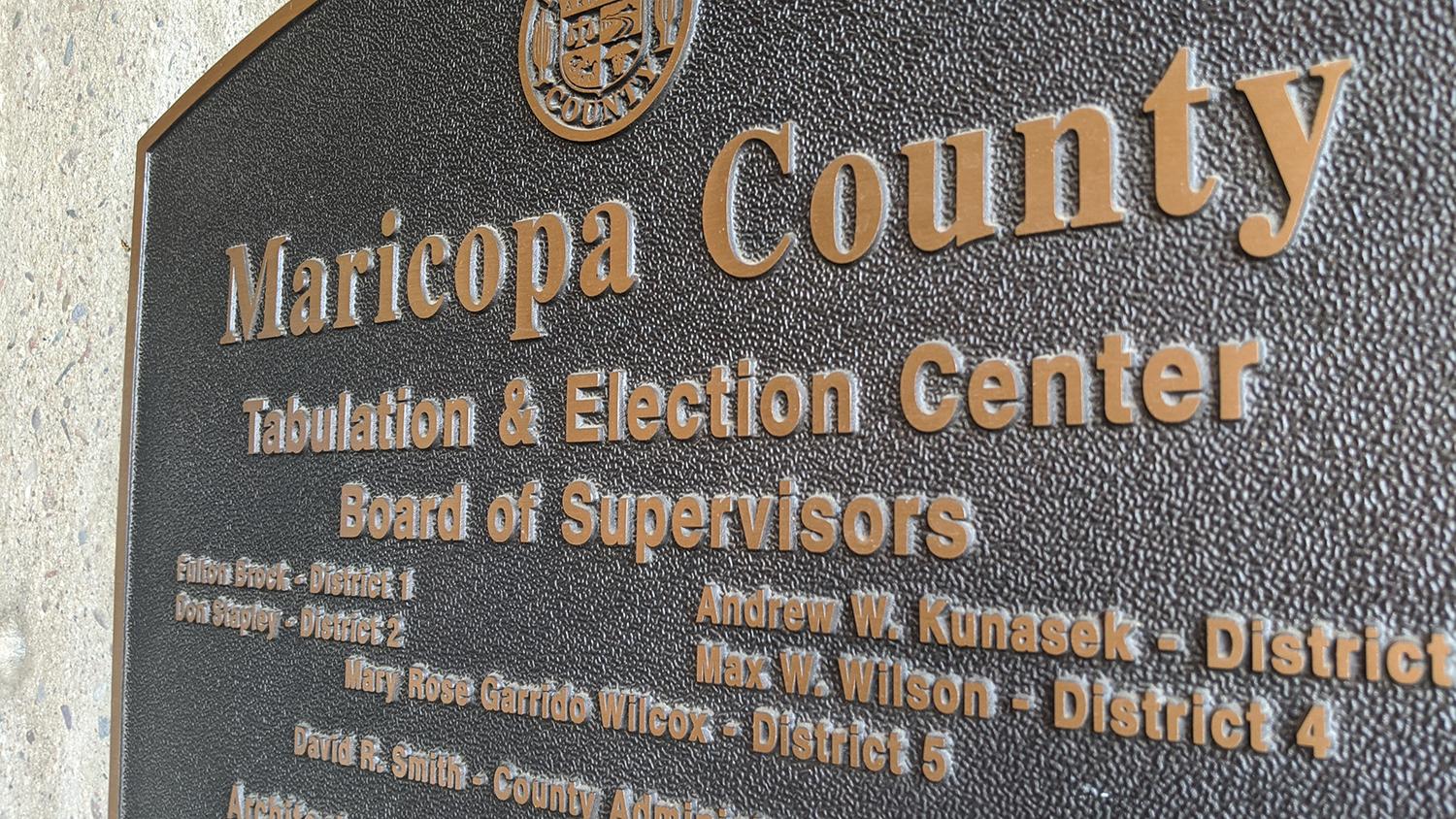 Ballots were sent out in Maricopa County on Tuesday, and the polls opened Wednesday for early in-person voting. Voters showed up in both the East and West Valley.

The polls were fairly quiet on the first day of voting, but people in ones, twos and threes showed up to cast their ballot in a Mesa strip mall. Republicans and Democrats alike. Some preferred not to say who they voted for, but others were happy to talk about it, like Joseph Richardson.

"Cause I’m sick of political ads, and I’m sick of President Trump so I wanted to vote him out of office as soon as possible," Richardson said.

Tiffany Wade said she wanted to beat the rush.

"I think that it needs to be done. This election more than any other election in history. It’s something that in years past I would wait, go in on Nov. 3, but, I felt that with everything going on it just needed to be done early. I think there’s going to be a lot more people voting this year, and I want to make sure that I just get mine in and done," Wade said. "Go Trump?"

(Voting centers open as of Oct. 7 are marked in green on the map below.)

→ Q&AZ: Where To Drop Off Early Ballots And Vote In Maricopa County

At the edge of the strip mall, a group of Democrats had set up a booth, where they passed out signs and greeted voters. One of them was Suzanne Hug, who is running for the Arizona House. She said there was a line at the strip mall at 9 a.m. and that voter traffic has been steady.

"Voting is critical. This is how we tell our government what we want them to do. And, so I really encourage everybody to make your voice heard this year," Hug said.

Benjamin Karl Timpson said he had heard stories that polling places would be picketed.

"But I just see an empty parking lot and like, happy people voting, you know. It’s great. It’s like, completely different than what a lot of people are spinning this as. I’m so glad you can vote early," Timpson said. 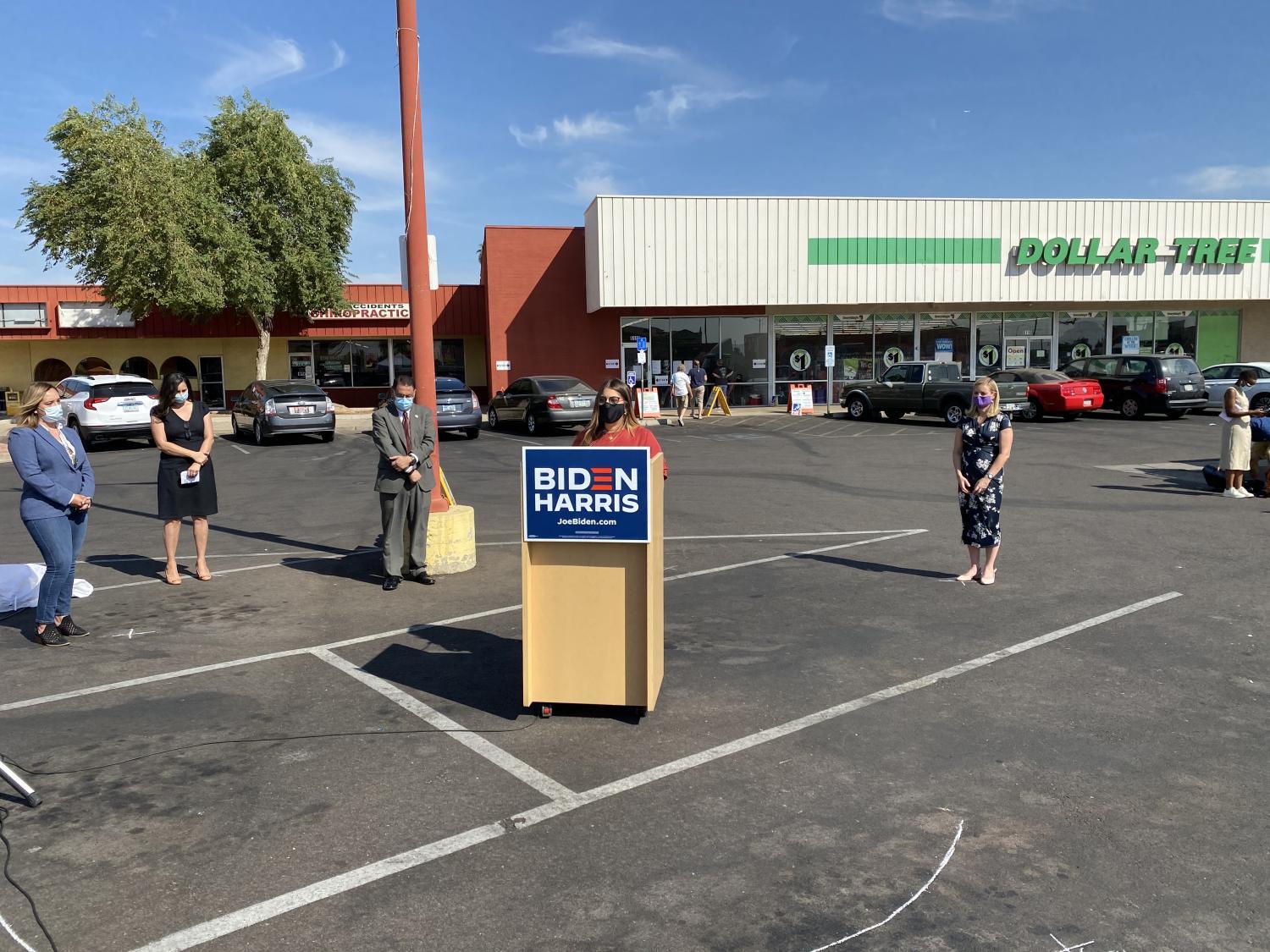 Ben Giles/KJZZ
Elain Shubat, an ASU student and first time voter, encourages others to vote early outside a polling site in the West Valley on Oct. 7, 2020.

At a strip mall on the corner of 51st and McDowell avenues, voters filed in and out of a retail space adjacent to a Dollar Tree.

It’s one of the unconventional polling sites Maricopa County officials are renting amid the coronavirus pandemic.

The usual stable of schools and community centers weren’t all available. So county election officials found other spaces in the community to give voters easy access to the polls. 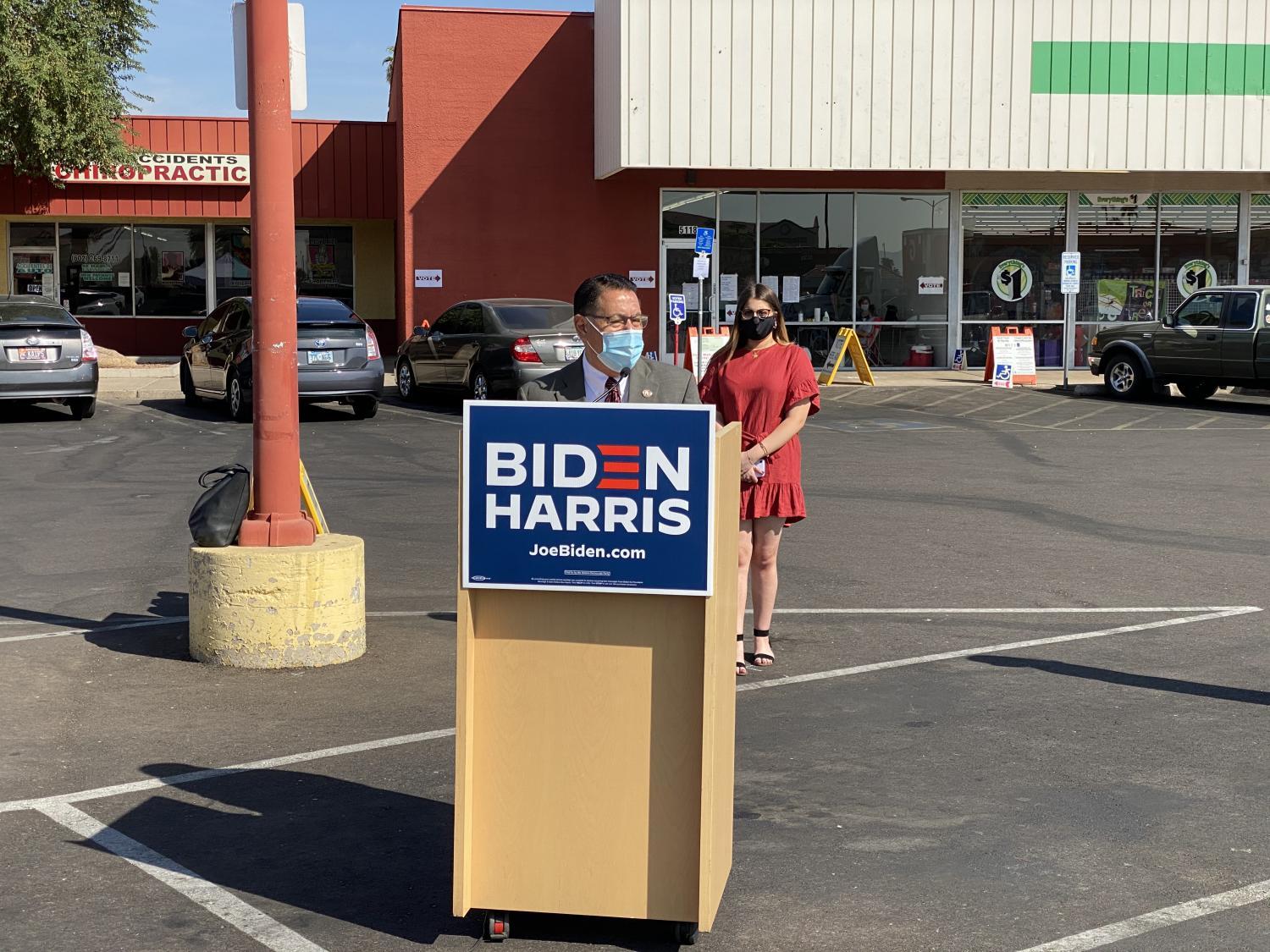 Maricopa County Supervisor Steve Gallardo said "This has been a long time coming."

"Many of us have been waiting four years to actually have this opportunity, to be able to walk into the building right behind me and to be able to cast a vote to elect new direction in this country, to elect a new leader to serve in the White House," Gallardo said.

Biden’s campaign staff said 20 people were lined up outside the polling site when it opened at 9 a.m.

"The reason our airwaves are filled with television commercials is that the path to the presidency of the united states goes right through Maricopa County. And we have to step up and be a first week voter," Gallego said.

Gallego, too, hopes those first week voters will cast ballots for Joe Biden.