How The President Trump's COVID-19 Diagnosis Has Impacted His Campaign 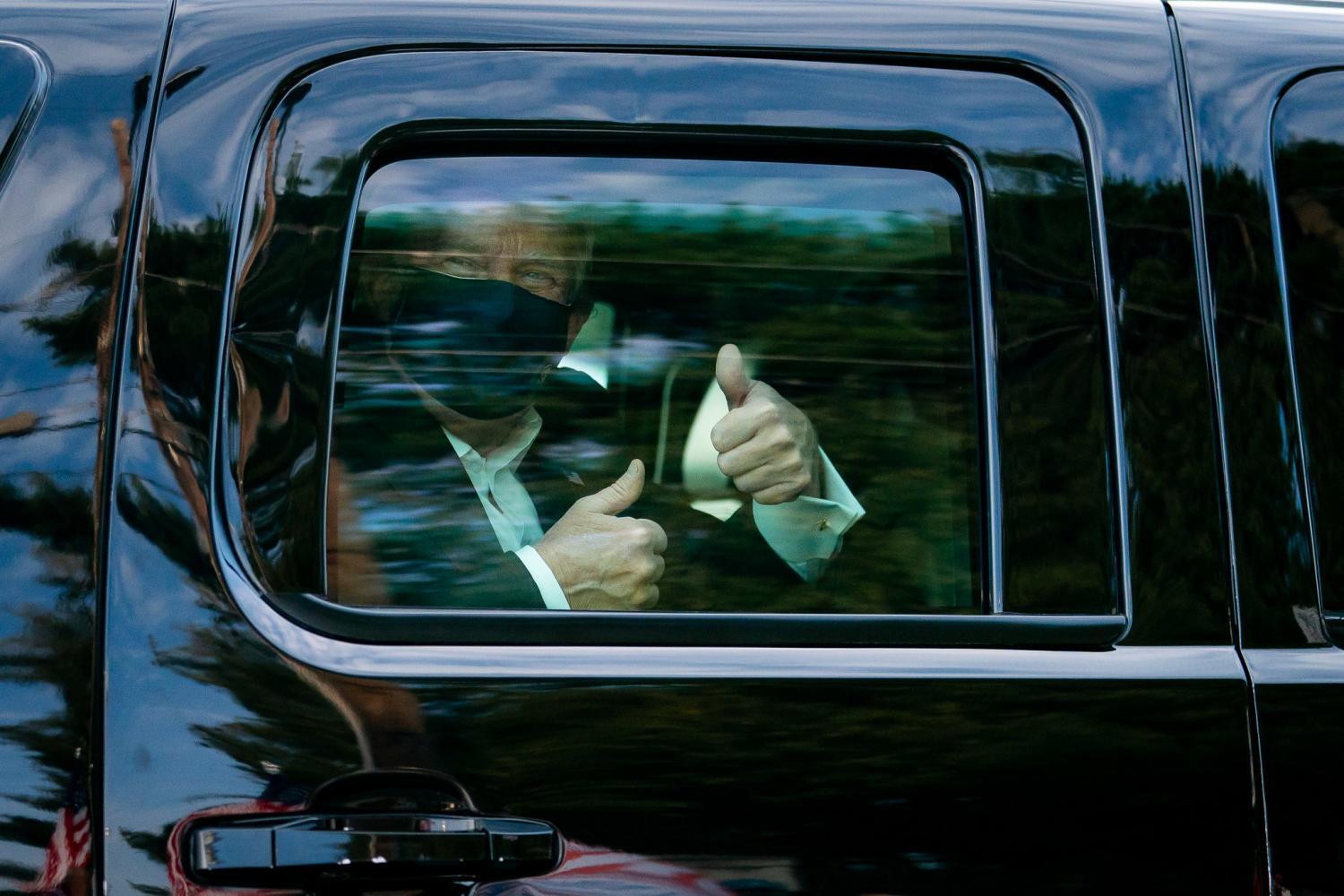 STEVE GOLDSTEIN: Americans woke [Oct. 2] to news that President [Donald] Trump and first lady Melania, among others, had tested positive for COVID-19. The president spent the weekend at Walter Reed Medical Center receiving treatment and continuing his campaign via Twitter. He returned to the White House [Oct. 5] and announced he will attend the next presidential debate [on Oct. 15]. Beyond the impact the president's infection is having on the day-to-day operations of the executive branch, it has interrupted campaign strategy — a strategy that relies heavily on live, crowded rallies. Joining us to discuss the impact is Republican strategist Chuck Coughlin of HighGround. Chuck, good morning, how are you?

GOLDSTEIN: So the president was expected to return to one of his favorite states, Arizona, with campaign rallies. That's obviously not going to be the case now, but Mike Pence is coming. Is a surrogate enough to get the crowds going that the president would be able to do?

COUGHLIN: Well, I think most of this is embedded, right? It's, the electorate is fairly embedded in the way they're perceiving this. And depending, you know, the Arizona electorate in particular is, you know, three different constituencies. You have the Maricopa County constituency, you have greater Arizona and you have southern Arizona in Pima County. And the president will be out here, he'll be talking to his audience. You know, in today's age, you have — sure, a visit by the president excites the base. I think that's more important, quite frankly, for Biden right now in terms of visiting Arizona and making sure — the president's been here a number of times. He's expressed his enthusiasm for Arizona voters and the, [former] Vice President Biden has not been here. But, so I think that's what it comes down to right now. I think the president's base is sufficiently, shall we say, motivated. And it's more on the Biden team to be able to turn out voters in this cycle, particularly in Maricopa County.

LAUREN GILGER: How is the president's diagnosis with COVID-19, the treatment at the hospital over the last couple of days, he's returned to the White House — how is all of this playing with the base, Chuck? Like, it's, it's clearly like he's supposed to be showing, you know, that he's meant to beat this virus at this point. But is it going over well?

COUGHLIN: You know, I think, I think there's a lot of, as I said, there's a lot of people in greater Arizona that have a deep affection for the governor or for the president. And there's, we've seen Maricopa County begin to turn that blue color — we saw that in [2018]. We saw a little bit of that in [2016], but more now in [2018]. And we saw it in the primary cycle this last time with, you know, just a 2% vote, Republic or Dem— Republican voter turnout advantage. And so that's really what's going on here. We, we know that the, the electorate in Arizona is changing. And, and, you know, we at HighGround always say, "Republicans always turn out," right? They always turn out. They're the ones who show up. It's who shows up around them. And so, you guys, we, we just got out of the field [Oct. 5] at HighGround. You're the first people I've actually talked to about this. And we have numbers that show it's a one-point race in Arizona. That's, that's different than what the national polls have been saying because we've balanced it based upon those regional turnouts. We have Maricopa County roughly at 60% of the electorate. We've got rural Arizona at about 22 or 23% of the electorate, which is, which is admittedly a bit high. And we have Pima County at 17.6. All of those numbers reflect historical trends in Arizona. But we also see, you know, that Biden is, is winning Maricopa County 47-42, but greater Arizona, you know, Trump is winning them two, 2-to-1. He's winning 60-30 in greater Arizona. And so you can't — there's only been one candidate in the history of Arizona that I'm aware of — superintendent of public instruction in that [2016] cycle that lost Maricopa County and won statewide. I don't think, you know, and so it's more important — this is where campaigns matter. Where campaigns matter in turnout, enthusiasm. We know that there's some degree of lack of enthusiasm, to some degree for the Biden candidacy amongst the most progressive parts of the electorate. We know that they do not like the Trump presidency. And so, you know, it's, it's up to Joe to mobilize those parts of the electorate that turn out in a high turnout election. Again, we're, we're expecting about a half a, half-a-million more voters than we saw in the last cycle, in the last presidential cycle in [2016]. If that's true, you'll get a record turnout in Arizona, and that kind of support — particularly because Maricopa County is the largest portion of the state's population — if he can turn that out for him, that I would expect him to prevail because there's too few voters in greater Arizona — even given that margin that Trump has to overcome that. So it's a, it's a game of turnout. And as I, as we said a minute ago, Republicans always turnout. It's whether or not this other part of the electorate — which we've been watching, and they did show up in the primary in [2020] — do they show up in larger numbers in the general election in this cycle?

GILGER: All right. We'll be watching too. Chuck Coughlin of HighGround. Thanks so much.

COUGHLIN: Thanks, guys. Have a great morning.