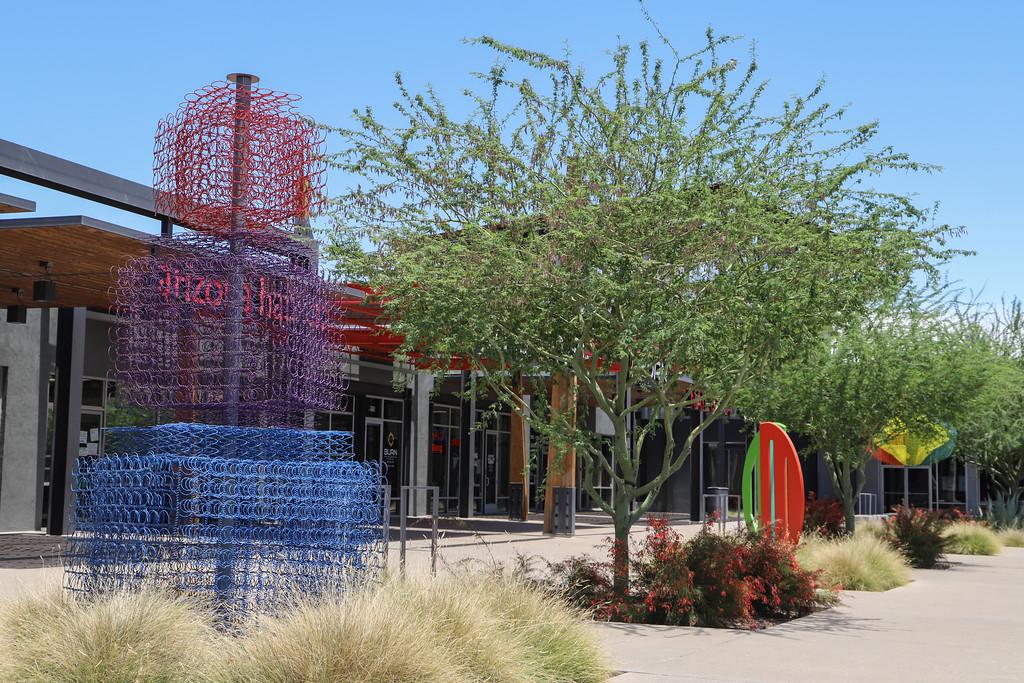 Scottsdale Arts
The "Stored Echoes" and "To Atone and Secondary Effusion" exhibit by John David Yanke.

Six Phoenix-area cities are participating in a public art program, whose title maybe seems a little more apt this year than in its previous eight cycles.

"In Flux" started in Scottsdale in 2010, as a way to program empty storefronts in the city. It’s since expanded, and this year also includes Phoenix, Tempe, Peoria, Glendale and Chandler.

Catrina Kahler is president and CEO of ArtLink, a nonprofit that supports community-based art. She says this year’s version of "In Flux" presents a unique opportunity for the artists involved.

"Public art right now is the most accessible art form, because of the limitations of interior spaces," Kahler said. "The public can engage in artistic experiences without having to be concerned about being confined or in a space or coming in close contact with others."

This year’s exhibit features 15 artists and teams, most of whom are visual artists. The pieces range from one called “Ch-Ch-Changes,” in Tempe’s Daley Park, which is basically the chorus of the David Bowie song in sculpture to another titled “Birdsong For Willie” at Peoria’s main library, which depicts three animals connected to each other.

"'In Flux' presents a unique opportunity for both the public and the artists to connect even amidst this pandemic. Public art as a whole is extremely impactful in the Valley, I would say, because the public art programs are so good at what they do," Kahler said.

The pieces were originally scheduled to be up through next March, but the pandemic forced some delays with installations, and officials now expect people to be able to visit the pieces for longer — they hope to keep them up at least through next summer.

Three of the installations are in "In Flux’s" original home, Scottsdale. The Show also spoke more about the program with that city’s public art coordinator, Tanya Galin.