It’s one of the most closely watched U.S. Senate contests in the country. But the race between Republican Sen. Martha McSally and Democrat Mark Kelly is special for another reason.

It is, in fact, a special election, being held to fill a seat left vacant by the late U.S. Sen John McCain.

For McSally, the race is also a second chance.

As a two-term congresswoman, McSally had a shot to outright win a seat in the Senate in 2018. Instead, she lost to Democrat Kyrsten Sinema, who became the first Democrat from Arizona in the U.S. Senate since 1995.

It was a bitter defeat for a Republican in a state long dominated by the GOP. But McSally’s pain was short-lived. 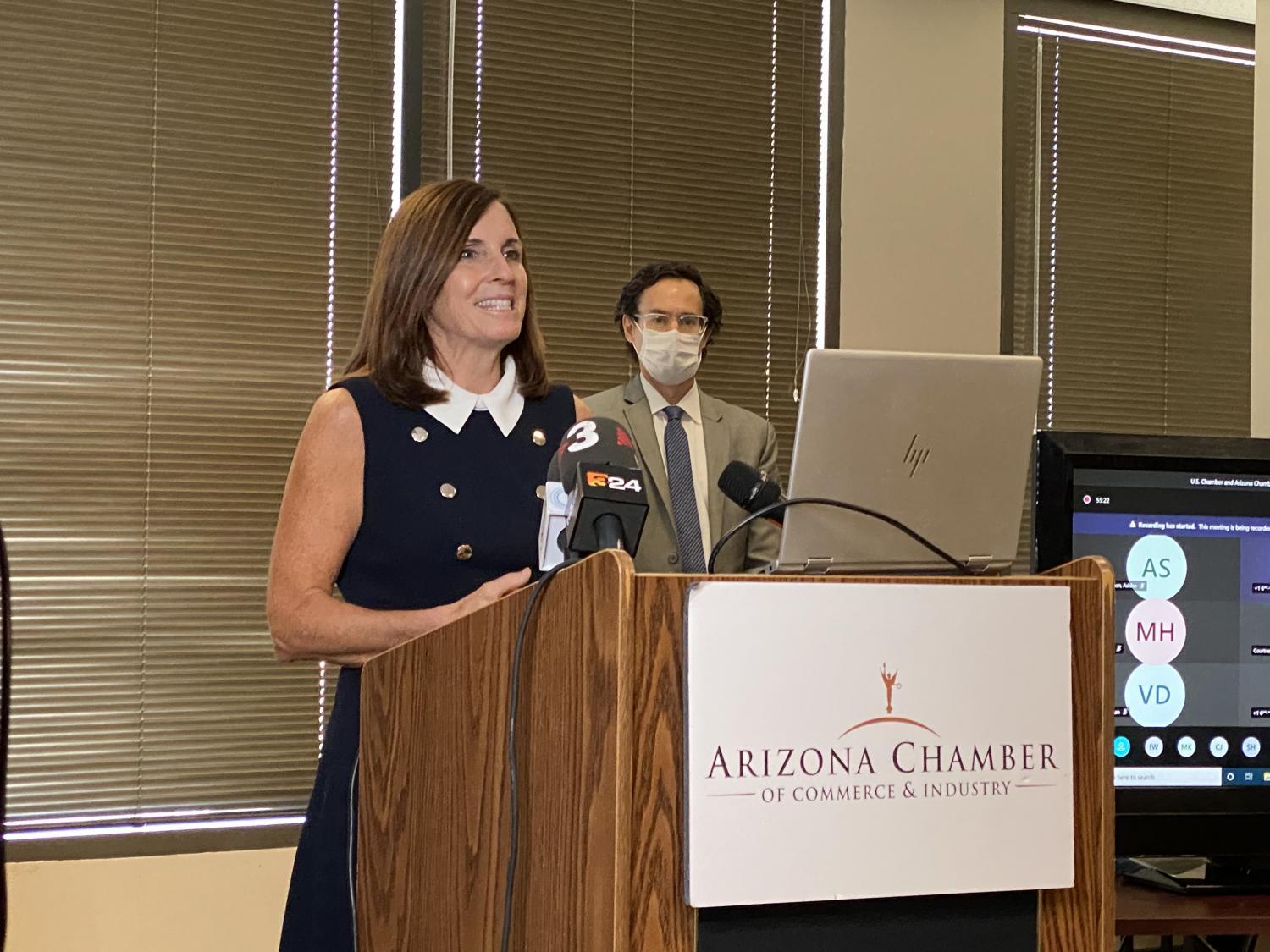 Arizona has since been represented in Washington by a candidate that voters statewide rejected. Nonetheless, running as “Senator McSally” comes with advantages for McSally in her second run for Senate.

But she’s also weighed down by the baggage of that 2018 and lingering issues from her defeat that remain unresolved, according Chuck Coughlin, a Republican political consultant.

“I’ve not seen a substantial difference in the narration,” Coughlin said.

On the campaign trail, McSally boasts of record achievements as a congresswoman and senator in terms of bills sponsored and approved.

But Coughlin’s talking about other aspects of McSally and her background, “about not breaking the glass ceiling, but maybe being bloodied by it in her quest to become who she is.”

Instead, Coughlin said McSally is stuck in a familiar spot for many Republican politicians: the shadow of President Donald Trump, for better or worse.

“That's a problem for every Republican candidate today, who wants to identify themselves outside of the Trump shadow,” Coughlin said.

"That's a problem for every Republican candidate today, who wants to identify themselves outside of the Trump shadow."
— Chuck Coughlin, Republican political consultant

McSally’s votes to abolish the Affordable Care Act are an example of the pitfalls Trump helps create for Republican candidates. Those votes may appeal to Trump’s base, support consultants say McSally needs to secure.

But Trump has failed to offer an alternative health care plan, one that spells out protections for Arizonans with pre-existing conditions.

That makes votes to repeal the ACA an easy target for Democrats like Kelly, who pitches himself as an independent-minded contrast to McSally

It’s similar to the campaign strategy employed by Sinema in 2018. A willingness to buck your own political party has long been a winning formula in Arizona. Adam Kinsey, a Democratic consultant, said Democrats have caught on.

“Ten years ago that was Jeff Flake and John McCain,” Kinsey said. “Now I think you see that as Kyrsten Sinema and Mark Kelly.”

Outside groups have spent more than $16 million trying to upend that Kelly narrative. Ads run by McSally’s Senate allies cast the former astronaut as a radical and liberal.

McSally, meanwhile, has made strides to set her own narrative in a new ad by narrating key events in her life.

“I’m not clear that most of the electorate understands that part of her story,” he said.

A recent Monmouth University poll, released before McSally’s latest ad, seems to back up that claim. It shows McSally trailing Kelly by 6 points.

“Whether she can or can’t I almost think is irrelevant,” Adams said. “I think the relevant question is, does she have the time?”

Adams says there’s one new circumstance that may work in her favor: an early October surprise.

The death U.S. Supreme Court Justice Ruth Bader Ginsburg is considered by many a lifeline for Trump and other Republican campaigns. Adams said McSally is no exception.

“The dynamics of this race were pretty static. And they were tilted in Mark Kelly’s favor. Martha McSally needed something to upset those static dynamics,” he said. “And a Supreme Court vacancy and a pending nomination certainly do that.

To that end, McSally wasted no time announcing her support for a Trump nominee, tweeting her intentions the same day as reports of Ginsburg passing.

“The needle that she needs to thread is to do that in a way that does not repel those all important swing voters that she needs enough of to push her over the top,” he said.

Those swing voters cost McSally the election two years ago. Now Kelly is courting them as well.

And as he outlined recently on "The View," the Supreme Court vacancy adds a wrinkle to the election that could work against McSally.

“This is to complete the term of Sen. John McCain, so regardless of who wins, once the vote is certified in Arizona in accordance with the law, that person should be promptly seated to work for Arizonans,” Kelly said.

If Trump’s nominee doesn’t get consideration before the election, it could be a victorious Kelly who casts a vote on the U.S. Senate floor.