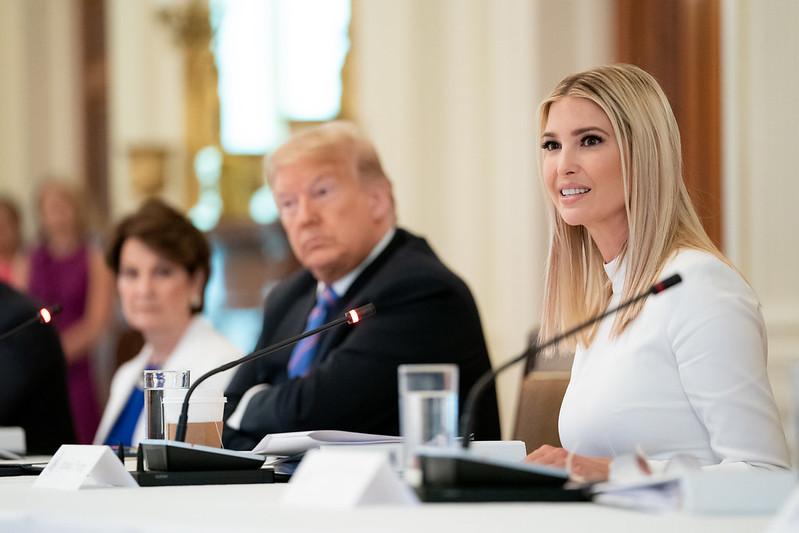 Ivanka Trump made a campaign stop on the president’s behalf Wednesday. She and Gov. Doug Ducey first appeared at the Latinos for Trump headquarters where they phone-banked with volunteers before heading off to what was billed as a roundtable focused on working families.

But like President Donald Trump, Ivanka Trump also praised Ducey for his handling of the coronavirus and congratulated him for getting the virus “under control in a very major way.”

She promised better days to come sooner rather than later.

"The vaccines are moving at record-speed, so we will have a safe vaccine very soon," Trump said. "And in the meantime, we’re going to be smart about dealing with this virus as you’ve done here.”

But health experts have been cautious about such promises.

Last week, ASU Biodesign Institute Executive Director Joshua LaBaer told reporters current vaccine projections are only the best-case scenario, casting doubt on timelines suggesting a vaccine could be available by the end of the year.

"There’s no evidence that this thing is going away," LaBaer cautioned. "It’s well-established in the community, and there are no, you know, cures for the community at this point. We can eventually hope to control it with herd immunity, based presumably on vaccines, but that’s some time out at this point.”

On Wednesday, the state reported 695 cases — the highest number of daily new cases since Aug. 31. LaBaer among other health experts has said the state could see another spike in cases following Labor Day celebrations earlier this month.