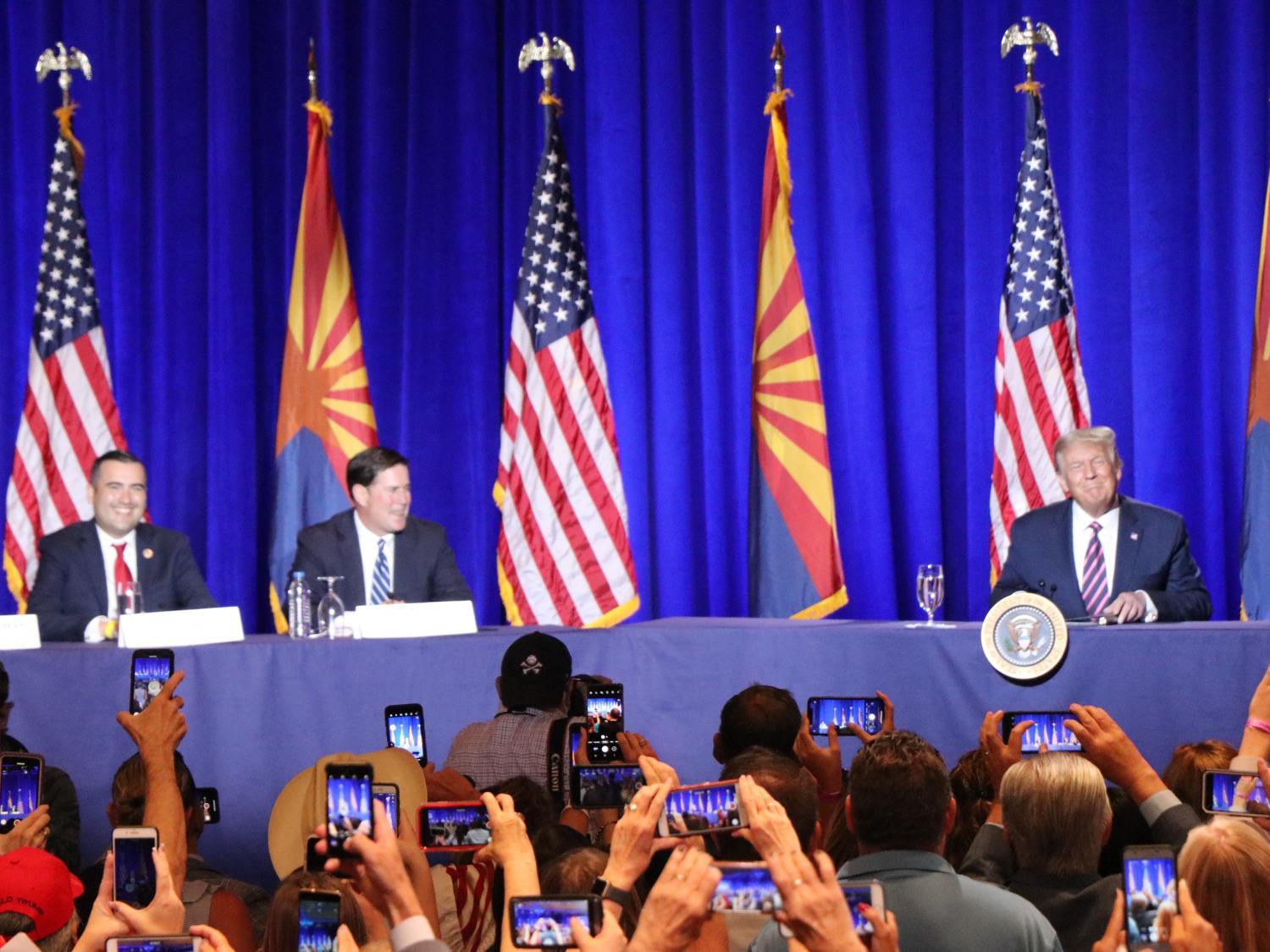 President Donald Trump was in Arizona again Sept. 14 after also making appearances in California and Nevada. Here, he was specifically making a case to Latino voters — a group former Vice President Joe Biden has been criticized for not courting enough in this campaign.

But the president’s visit — and visits his daughter, Ivanka, and Vice President Mike Pence will make Sept. 15 and 18, respectively — represent the real threat the West poses to Trump’s reelection chances.

Trump has been in Arizona five times already this year as he fights to hold onto the battleground state.

What does this mean for the importance of Arizona and the West in general as November draws closer? For a look at this — and what the president’s message is to Latino voters — The Show spoke with Yvonne Wingett Sanchez of The Arizona Republic.