A federal grant will help Gila County officials build a long-awaited bridge over Tonto Creek, where flooding claimed the lives of four individuals in late 2019.

“Last November, Arizonans mourned the loss of the Rawlings family’s three young children who died during an accident crossing a flooded Tonto Creek,” McSally said. “No other family should have to experience this kind of unimaginable loss.”

A 69-year-old man also died crossing the creek in December. 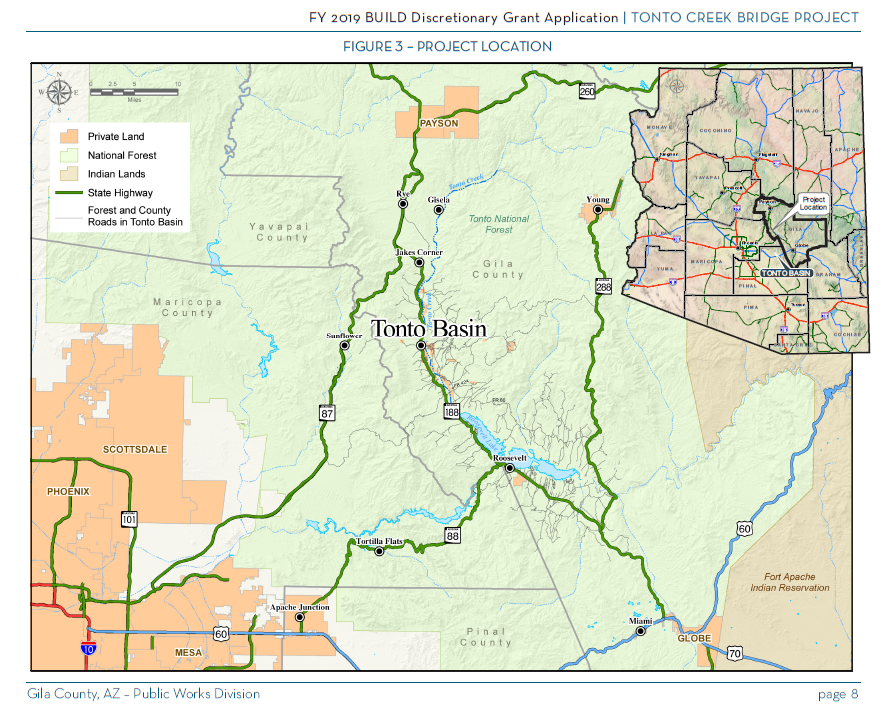 Prior to the grant, the federal government had routinely denied requests for Tonto Creek bridge funding.

Some Arizona lawmakers sought funding from the state budget to build the bridge, but Gov. Doug Ducey did not include the $21 million needed in his 2020 budget proposal.

Ducey and other lawmakers from both sides of the aisle advocated for the U.S. Department of Transportation grant.

“Been a long time coming,” Sanders said. “We’re just happy to maybe see light and the end of the tunnel for it.”

Gila County officials will need to double check plans and environmental documents produced years ago before proceeding with construction. The county has contingency funding available if costs for materials have risen above earlier estimates.

Sanders said the county could break ground on the bridge within 12 months.