STEVE GOLDSTEIN: Now let's turn to Lily Altavena, who covers education for the Arizona Republic. She's written recently about crowded classrooms even online. That includes as many as 70 — that is, seven-zero — students in one virtual classroom. Lily spoke to a parent whose first grader is in a class of 70 students assigned to just one teacher. And Lily joins us for a few minutes to tell us more. Lily, good morning. 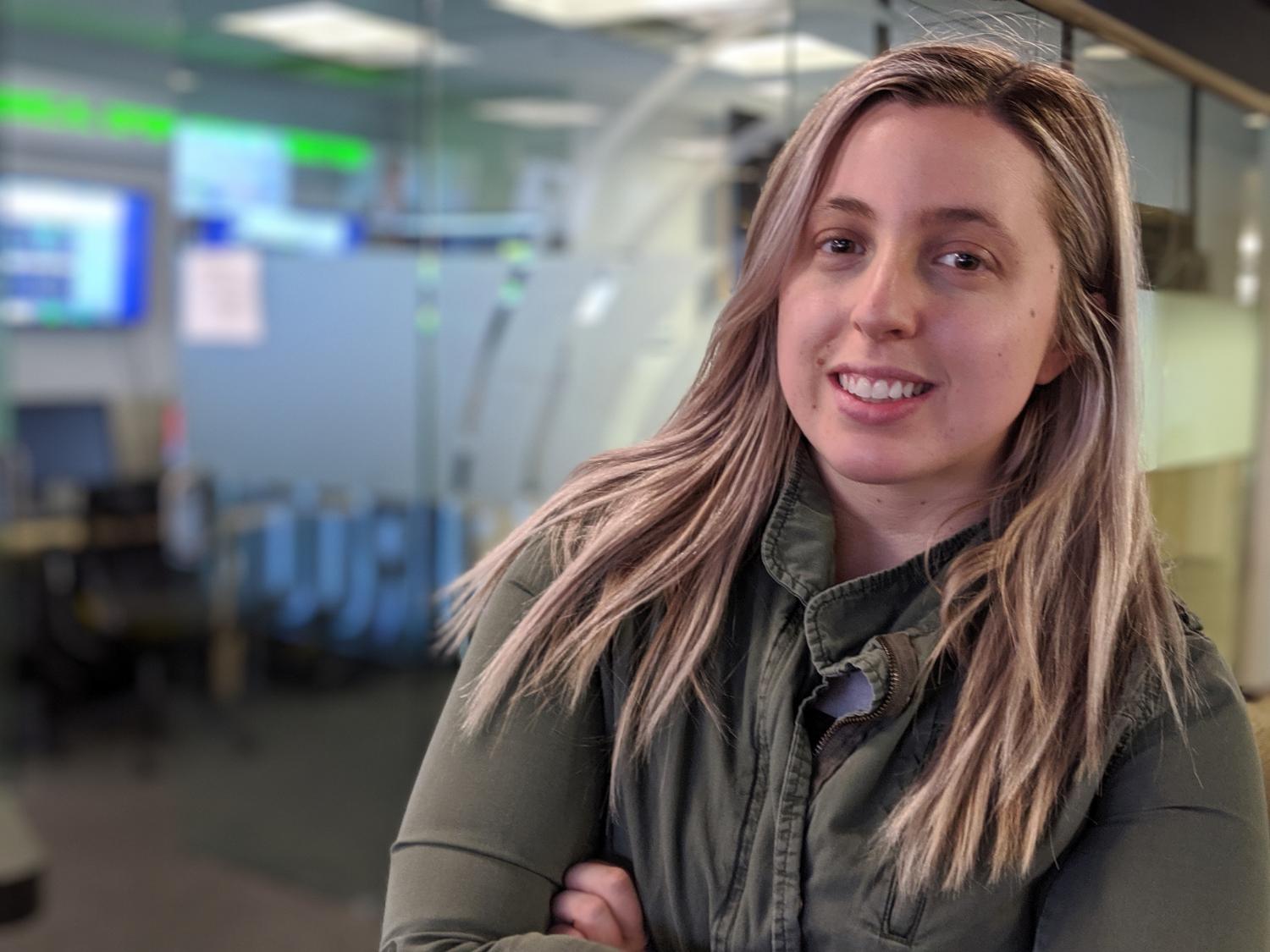 GOLDSTEIN: So you found a class of not just 70 students, but 70 first-grade students. How does that even work?

ALTAVENA: I mean, it's, it's overwhelming for the parent. You know, what the district says is that virtual class sizes are going to be bigger because it's structured a different way. You know, kids are separated into smaller cohorts, and then teachers meet with the kids in smaller groups kind of throughout the week and, you know, maybe get some individual time. But it's still an overwhelming number of students assigned to one teacher. And in that way, the individual one-on-one time or even small group time is limited for a first grader. So a lot of the work as being on the parent.

GOLDSTEIN: Was there any anticipation that that was a potential problem going into all this?

ALTAVENA: Well, you know, I think some people suspected that that might happen. As the teacher shortage worsens through this pandemic, people were expecting teachers to resign or retire. Retirement numbers are actually not up in the state year over year. And so that means that a number of teachers are retiring. In Gilbert, you know, the number of teachers that retired this August compared to last August is about 10 more teachers than usual, which is a high number, considering.

GOLDSTEIN: Is there going to be confusion potentially with some districts with a hybrid model? And we have some of the Zoom classes and let's say we've reduced the number of folks in the Zoom classes but then there are still students in the classroom. I guess I don't want to say that's a Pandora's box to open up, but what sort of confusion could that end up having if, in fact, there is 70 in a class, but 35 of them are online, 35 of them are in class. I'm just, I'm trying to figure out how this could all work.

ALTAVENA: It's going to be a lot for teachers. And that is kind of what I've already heard is that teachers in person are not just working — in many districts — aren't just working from the classroom directly to the kids in the classroom. But now they're also focusing on kids who are learning digitally and that's a big balance. That's like doing two jobs, kind of. And so I think introducing hybrid models — every district has different models, so every group of teachers is doing it differently. You know, some teachers are using a model where, like a camera follows them around the classroom while they're teaching both students virtually and in person. And so that gets confusing very fast. And it gets overwhelming for teachers very fast, too. And, you know, I've talked to teachers throughout the last month as schools have reopened and they all have said that they are just very overwhelmed.

GOLDSTEIN: Lily, let's come back to what you said about the teacher shortage aspect of things. Even though we haven't necessarily seen the shortage exacerbated quite as much as many people expected, is that still a major concern, that it could get worse and the pandemic would be the reason?

ALTAVENA: Yes, and I think we will really get clarity on numbers later this week or next week, potentially, when the survey of teacher vacancies come out. So the Arizona School Personnel Association does a survey every year that shows how many vacancies are in the classroom. And last year, I think it was about 21% of vacancies left. So if, you know, if you see that number increase at all, that's worrisome for Arizona school years, especially in rural areas, where the teacher shortage is so severe, sometimes they have to rely on virtual instruction or have to rely on a teacher at a different district.

GOLDSTEIN: Lily, finally, let's wrap it up with what you said and how we started about 70 first graders in a virtual class. Does that relate in some way to what we've seen with the problem of large class sizes in Arizona to begin with? Obviously, that is an extreme example of it, but does it fall into the same category?

ALTAVENA: It does. You know, I think the question here is, is 70 students in virtual classroom acceptable? Is it reasonable? And research that does show that virtual class sizes are higher. But researchers have also recommended that virtual online schools lower class sizes because kids don't do as well with higher virtual class sizes. And kids don't do as well in virtual school. And so, yeah. It might lead to some kids academically struggling, especially kids who need their eyes on them all the time. I've shadowed a couple kids and watched them in online class. And it's difficult, I think even for the most focused for first grader. And if you know first graders, they're not very focused.

GOLDSTEIN: That is Lily Altavena, she covers education for the Arizona Republic. Lily, we always appreciate your work and your time, thanks.