Artist Antoinette Cauley: Made In Arizona 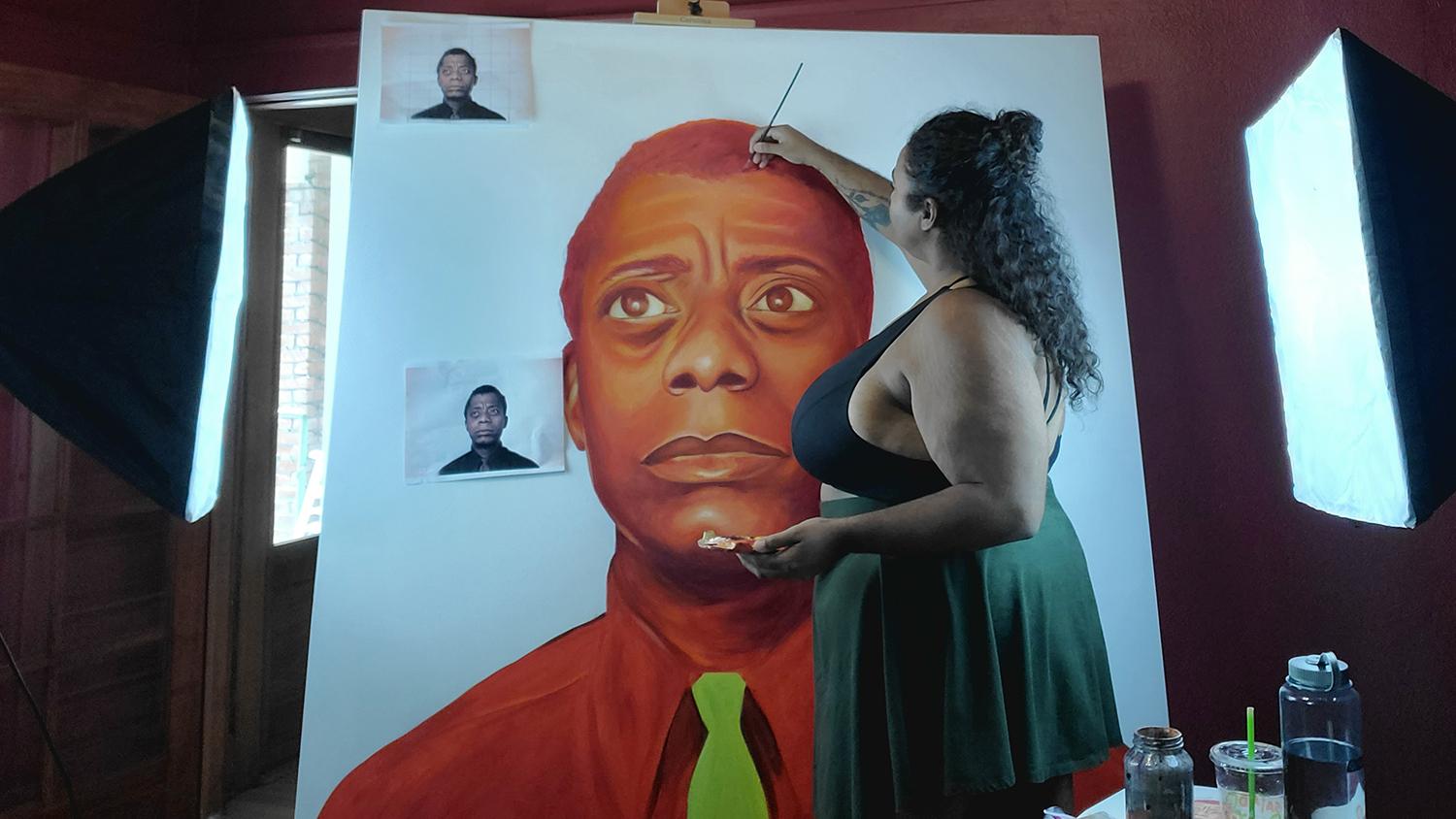 Now we continue our series of conversations with makers across the Valley, called Made in Arizona.

Today we meet Antoinette Cauley. Even if you don’t immediately recognize her name, you would likely recognize her work, particularly her most recent work. And that’s because it stands nine stories tall, looking out over a corner of downtown Phoenix.

It’s a mural of the author and activist James Baldwin. He wears a deep red shirt and contrasting green tie, his eyes looking up into the sky and a hint of a smile pulling at the corner of his mouth. His silhouette is outlined with his own words: “Not everything that is faced can be changed, but nothing can be changed until it is faced.”

Cauley is a Phoenix native and has been an artist here for 10 years. She’s always pulled from her experiences in life and the lives of her community. But this mural, this moment was different.

That’s because she painted Baldwin looking out on streets where protestors marched and demanded justice. She was approached to do the project while the country heaved in the wake of George Floyd’s death. She was overwhelmed, and as she later wrote in a blog post, she found herself, “fighting to not become tokenized” as a Black artist.

The Show spoke with Cauley about the mural and why she chose a lesser known activist, James Baldwin, as its subject.

The ShowMade In Arizona Race + Diversity