Movie Theatres Have Begun To Reopen, But Moviegoers Might Be No-Shows 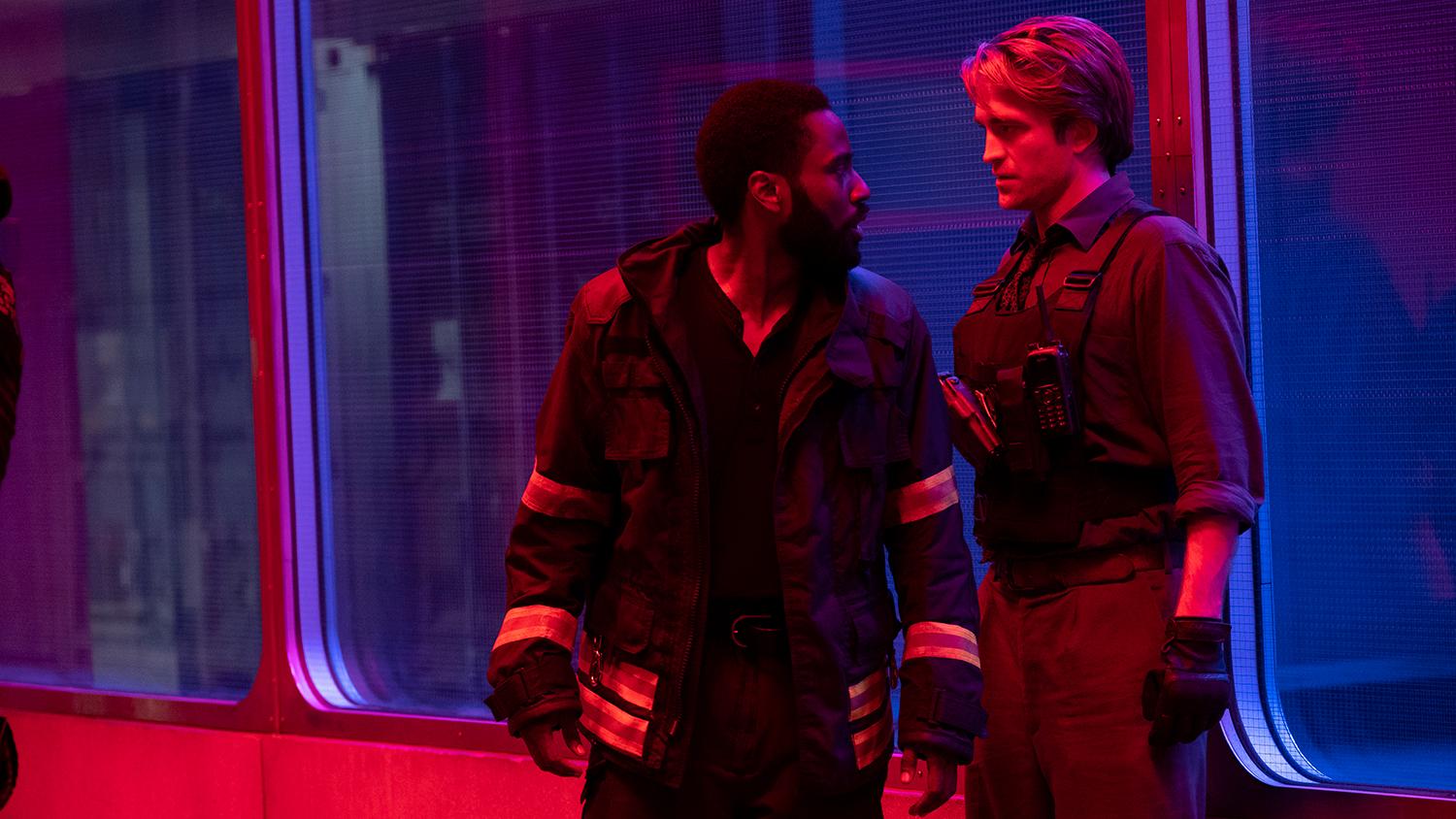 STEVE GOLDSTEIN: But first, in response to COVID numbers going down and more of Arizona’s counties meeting certain benchmarks, the Valley-based movie theater chain Harkins is reopening its cinemas around the state [Aug. 28]. But over the past six months or so, more of us have gotten used to streaming movies at home on our couches, and many people are simply not going to be comfortable returning to theaters now, even as social distancing is practiced and increased cleaning is taking place. So when will we all go out to the lobby and get ourselves some snacks? With me to talk about that is Jackson McHenry, staff writer for Vulture. Jackson, will you go back to the theater? And do you think the American public will feel comfortable?

JACKSON MCHENRY: Yeah, I think that's the sort of big differentiating question. At least for myself, I'm, I'm based in New York — in Brooklyn — and theaters here aren't open yet, and I don't expect that they will be for a while, just given the way that sort of Gov. Cuomo has talked about them. But as someone who covers pop culture, of course, it's something we've talked about, the question of sort of what the level of comfort is going to a theater as a reporter, as a fan and those sort of entangled questions. And I think right now I would feel uncomfortable going to a theater from, from what we understand, we had one of our writers, Jason Bailey, interview an expert about the sort of safety measures that, that theater chains are putting in place. And basically, it sort of boils down to anytime you're in an enclosed space for a long period of time, that is a large amount of risk for at least the way people right now understand how the virus spreads. But there are a lot of ways to mitigate that risk in the theaters that are opening, like Harkins in Arizona. The theater chains have sort of talked about requiring everyone to wear masks, requiring cleaning, all sort of making sure that people are distanced from each other within the theater. And those are all things that would mitigate risk to a pretty substantial extent. But it's hard to know, I think, just sort of, if you were throwing a dart to go to any random theater, it's hard to know how safe it would be and how well those measures would be enforced, which is, I think, a big question.

GOLDSTEIN: And I think it's very clear when it comes to a business like Harkins has, there, they've been losing money for months, they want to reopen, they want to — there's the cinematic experience, certainly, but they also want to make money on this. And when it comes down to this, if a theater is at 25% capacity — and we know some films attract 25%, other films completely filled the theater for, for shows on end — is there a balancing act there for the theater in terms of what is worthwhile for them? Is it worthwhile for Hawkins to open with 25% as long as they get some revenue from that and maybe a lot of revenue from concessions, for example?

MCHENRY: I think that's sort of the big question. And I think one of the reasons why the theater chains are still offering concessions, even though, you know, food and drink requires you to take off your mask and increases the risk, at least for the time when you're getting food in and out of your mouth, is the need to, to, to make some sort of money. They've been shut down for a long time, and they're trying to figure out, you know, if they can get people going to the theater. And I think it's also just kind of forming the habit, again, for people of theater-going as an activity and something that will, you know, hopefully — they're hoping at least — build into something when it's safer that people still feel comfortable doing. I think it's going to take a while for the public in general to feel comfortable doing this as an activity again, even maybe at the point when it is really, truly safe.

GOLDSTEIN: And what do you think the cultural shift looks like, considering that most people, if, if they were not already doing this and obviously a lot of us have been, but certainly in the last six plus months, there's been more streaming from all the different services and maybe people are even more used to watching a film at home. Is that going to be harder for the film industry, the cinematic theater industry, to get people to come back? And I would say pre-vaccine, post-vaccine, what do you see as the challenges there?

MCHENRY: I think it will definitely be harder. And I think it was hard because it already before the pandemic, there was a trend of it being harder to get people to theaters because of the proliferation of content, in sort of a broad term, available on streaming services. The films that were getting driving people en masse for the big tent pole superhero movies or action movies or parts of franchises or like big Disney remakes. And it's remarkable now, for instance, that Disney has just sort of said, "OK, in the U.S. move on. We thought we were going to make a ton of money with this. We're going to put it on Disney Plus for a significant cost." But still, that's sort of breaking the habit and making people imagine that they could get a movie of that expense and quality in their homes. And so I think it is, it's, it's a sort of significant inflection point for the industry where it feels like they are very concerned about the habit of just movie-going in general going away and people feeling like, "Oh, we can access all of this at home. We don't need to make an outing out of it." And I think there's a lot to be said about going on an outing and the enjoyment of being in a theater and seeing something with people and experiencing it. But if that sort of habit is not in people's minds, I think, I think studios are concerned about losing it. 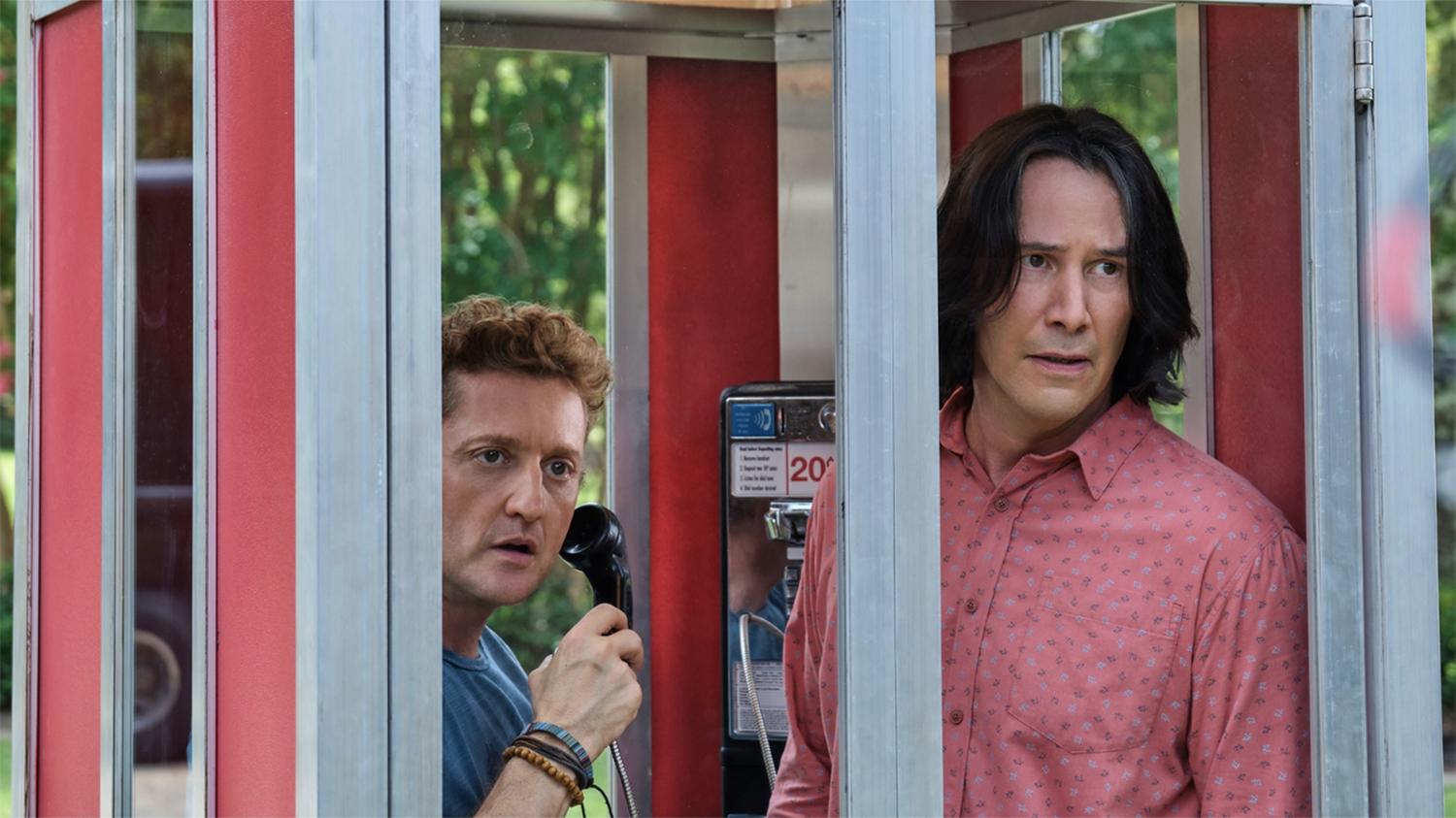 Patti Perret/Orion Pictures
Alex Winter (left) and Keanu Reeves in "Bill & Ted Face the Music," which opened Aug. 28, 2020 in theaters and on demand.

GOLDSTEIN: How much has this period of time, let's say a year, affected whether what the return will be to movie theaters? You certainly see certain passionate people, certain people who are feeling good about having a vaccine, let's say. But will there be a certain, certain part of the population just will never go back to the theater?

MCHENRY: I think there could. I think it also could be in a large part that there'll be a certain kind of movie that just doesn't get made for theaters anymore, is one of the things that we've talked about, at least, with my colleagues, where it feels like the big action movies, something like "Tenet," the movie that Warner Bros., the Christopher Nolan movie, is insisting on putting out in theaters and really resisting doing something like Disney is doing with "Mulan" and saying, "You need to see this action sequence on a big screen and experience." Those kinds of movies, I think studios will still kind of, that, that people will want to see beautiful people, very large in front of them running from explosions, that kind of thing. But something like a comedy, sort of like a mid-level movie, maybe the kind of movie that you would push for an awards race or something that, you know, would just like hang out with your friends and watch, those sorts of movies have been made less and less for, for that kind of budget and for theaters recently. And we'll probably feel like they'll head to Netflix or Disney Plus or wherever else, Hulu, more often. And it feels like theaters will become the place to see the big expensive spectacles. And if you want to just sort of have a hangout movie, that may just come straight to your home.

GOLDSTEIN: Well, that is Jackson McHenry. He's a staff writer at Vulture.com. Jackson, thank you so much, and take care.