Mispronounced A Name? Here's How To Show Respect And Effort When Someone Corrects You 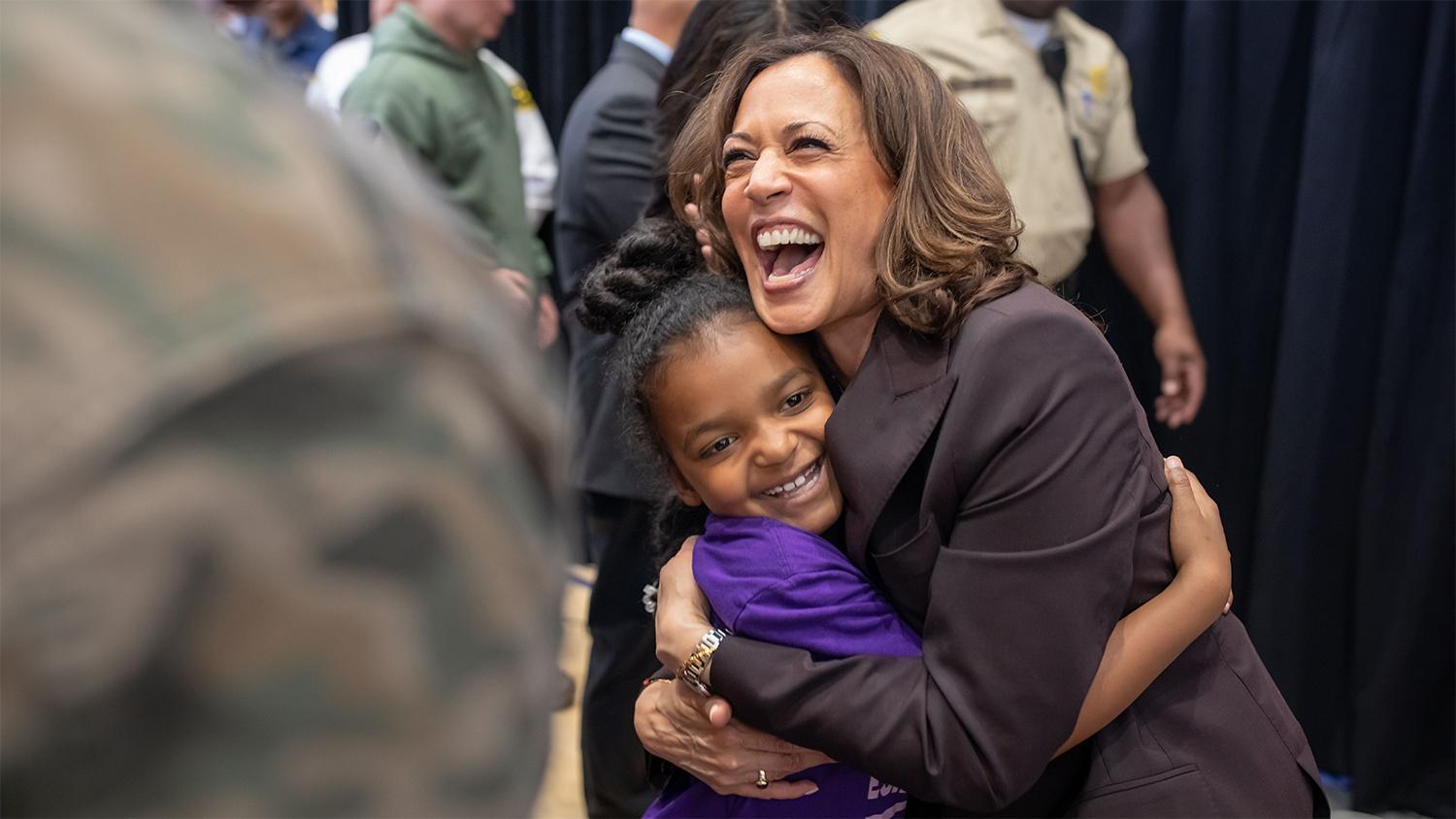 RICHARD GOODSTEIN: Her name is pronounced, "Comma" — like the punctuation mark — "La." OK? Seriously, I've heard every sort of bastardization of that —

TUCKER CARLSON: OK, so what?

GOODSTEIN: That's how it is. Kamala. OK? Well, I say that out of respect for somebody who's going to be on the national ticket. Pronouncing her name right is actually, it's not, it's kind of a bare minimum.

CARLSON: OK. So I'm disrespecting her by mispronouncing her name unintentionally? So it begins. You're not allowed to criticize Kamala Harris or "CAM-a-la" Harris or whatever?

GOODSTEIN: No, it's not whatever.

GILGER: Carlson went on to suggest the expectation that he pronounced Harris's name correctly was the same as barring him from criticizing her. But as Washington Post media columnist Margaret Sullivan wrote, quote, "He was merely suggesting a modicum of respect, just a basement-level floor a decent person wouldn't sink below." Of course, Harris is not the first person to have her name butchered unintentionally or otherwise. Phoenix attorney Paul Weich has seen it in Arizona courtrooms for years. He says many judges in particular don't seem to care whether they're pronouncing defendants' names correctly.

PAUL WEICH: When a judicial officer really doesn't seem to care, it's a whole 'nother thing. It's the institutional level. It's troubling because it shows the underlying attitudes of an attorney or a judge.

GILGER: Weich wasn't suggesting judges who do mispronounce names are biased in their rulings, but it does make him wonder what may motivate them to favor one side or another. That aside, he says, it just sends the wrong signal, one he's been on the receiving end of as well.

WEICH: I remember one time many years ago where the judge actually seemed to question me. And he thought that because I look Hispanic — some people think I look Hispanic — he questioned me why I had a non-Hispanic surname.

GILGER: So can this reflect real malice, or even worse, inherent racism? For that, I turn to Sarah Amira de la Garza, professor of intercultural communication and ASU's Hugh Downs School of Human Communication.

SARAH AMIRA DE LA GARZA: If the name is new and there hasn't been any familiarity with the language, it's absolutely normal for there to be a mispronunciation. But once someone is corrected or informed, the way that they respond can tell us something. In the Tucker Carlson situation, what struck me the most was the fact that this is a communications professional who would ostensibly appreciate knowing how to say someone's name. And rather than appreciating it, he explicitly rejected and minimized the significance of the correction.

GILGER: So Sen. Harris isn't the first nor the last person to experience this, as you say. I wonder in your studies, where do these kinds of situations pop up most often? And is there often sort of a cultural or even a racist undertone to this?

DE LA GARZA: Well, I think that some of these situations fall in — under the area of what's considered microaggressions. I know for a fact that the name of César Chávez is repeatedly mispronounced — it's "Sha-VEZ" — and Gabriel García Márquez is pronounced as "Mar-QUEZ." And even when corrected, individuals dismiss the significance of a correction of a name that comes from another language. We rarely hear that same kind of dismissal, let's say if the name is French or German, where there perhaps maybe is a little bit more of a Eurocentric status to the significance of the pronunciation.

GILGER: That's really interesting. Do you think that these often happen in professional settings, more often than personal exchanges? What have you found in your work?

DE LA GARZA: I think they happen in both settings. I find it more alarming when in the professional setting and in my setting in terms of the academy, that someone would dismiss a correction like this, because if you privilege learning and knowing things accurately, making a decision to continue to act inaccurately is significant. And in fact, in normal conversation, it is typically not desirable to make corrections.

DE LA GARZA: And so I think right now, because we're in the middle of an anti-racist revolution in our country, we're going to probably be experiencing a surge in the number of corrections that might occur. And given that being corrected is a dis-preferred response in conversation, I think that we're going to all have to become more accustom to not only being comfortable with the correction, but inviting the corrections that, that have been habitual because of implicit bias or habits that have been allowed to be maintained over time.

GILGER: Right. So in order for us to address racism, to make it conscious, this is something that we, we need to address as well, is how we refer to people. How we pronounce their names.

DE LA GARZA: Absolutely. And a person's name is, is a sign of respect in general that you would, that you would care about who the person is and how the person is called. I think we encounter this today as well, perhaps with the use of pronouns and people's desire to have individuals know how they would like to be referred to. When you find someone dismissing a request for an appropriate way to refer to someone, it really speaks to the level of significance that that acknowledgment has for the speaker.

GILGER: Is there a little bit of grace in terms of, you know, accents or pronunciations or rolling of Rs or, you know, in French trying to do that guttural R — things that are might be difficult for someone who doesn't speak the language?

DE LA GARZA: Absolutely. I don't think this is really about fluency.

DE LA GARZA: I think it's about respect and an effort. I mean, we often hear that if you travel to another country, just try to speak the language and people appreciate it, that they're not expecting complete fluency. I think it would be the same thing in this instance. So if, if someone corrects me and say, "Oh, I'm sorry, so how do I say that?" And then maybe even say, "Well, I'll have to keep practicing."

GILGER: Fair enough. That is Professor Sarah Amira de la Garza, professor of intercultural communication and ASU's Hugh Downs School of Human Communication. Professor de la Garza, thank you so much for joining us to talk about this.

DE LA GARZA: Oh, it's my pleasure. Thank you so much.