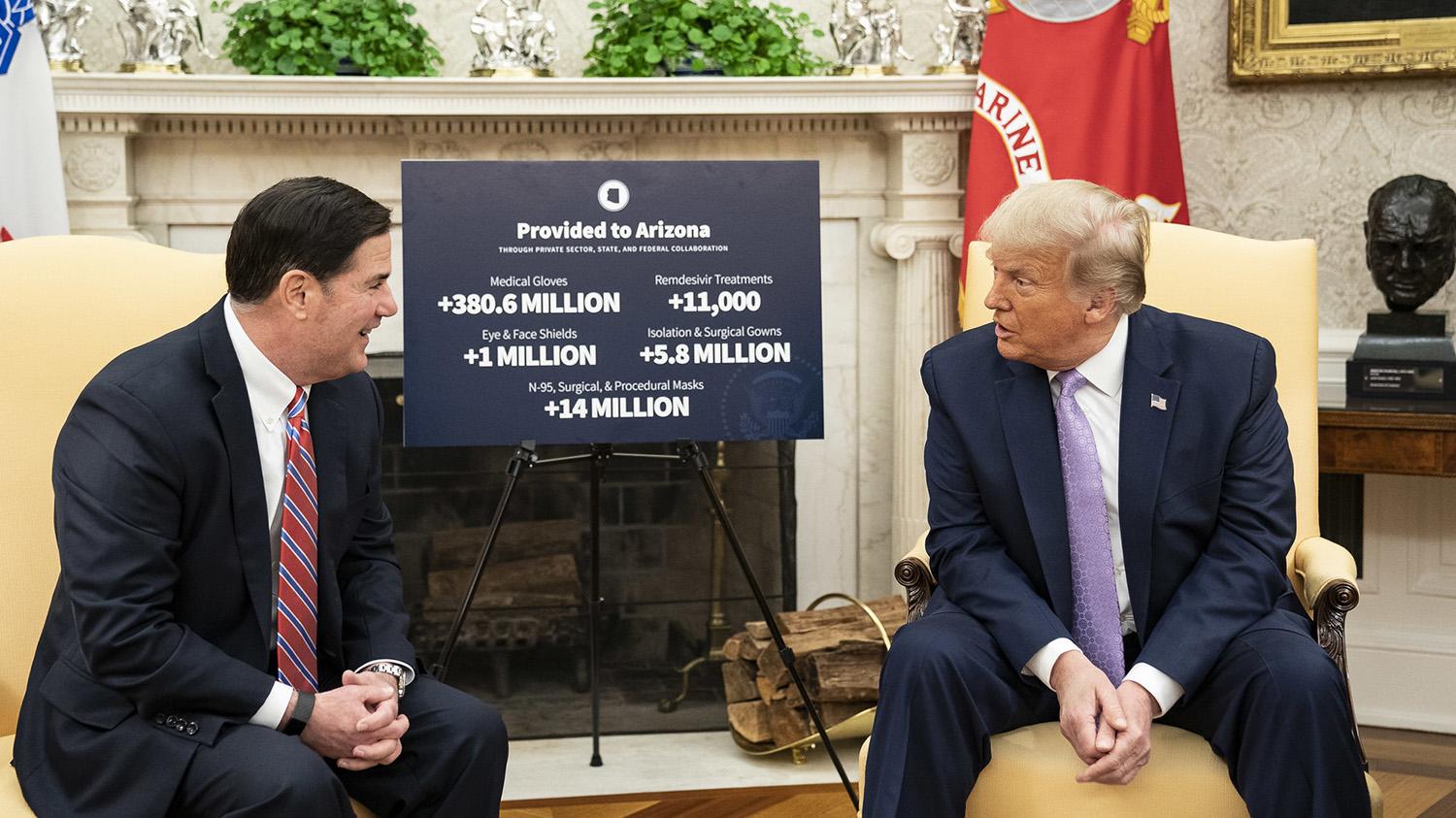 With Ducey by his side following an Oval Office meeting to discuss Arizona’s coronavirus response, Trump was asked if he thought Arizona’s mail ballots were secure.

Trump answered by attacking Nevada, where Democratic Gov. Steve Sisolak signed off Monday on a plan to mail all active voters absentee ballots ahead of the November election. The president claimed that mailing so many ballots would be a “catastrophe waiting to happen," though he also said absentee voting is "OK."

When asked if Ducey was proud of Arizona’s system, the Republican governor defended the state’s mail ballots as a tried and true voting method safe from tampering or fraud.

“It will be easy to vote. Seventy-eight percent of the citizens already vote by mail in Arizona, but we’ve been doing this since 1992,” Ducey said. “So over the course of decades, we’ve established a system that works and can be trusted.”

Ducey added that the state committed $9 million in CARES Act funds to help facilitate early voting options and provide PPE to poll workers on election days during the 2020 cycle.