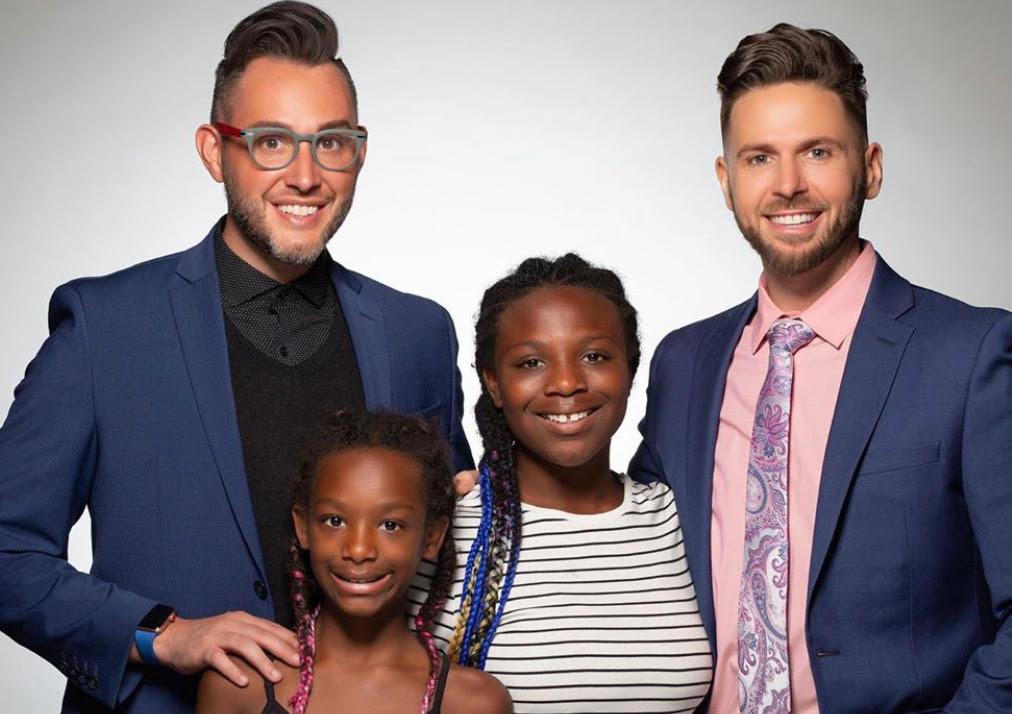 KEVIN PATTERSON: You know, it's a huge deal. There are both financial implications of a decision like this, as well as emotional and psychological implications of this. I know for years, same-sex couples have definitely been lower on the priority list for some of our county and state services — that it can feel definitely alienating to know that if we need services, we often have to pay out of our pocket and go to a private service provider. And it often gets really costly. Plus, you don't want to feel like your family is at the bottom of the list. And so this is definitely something to right-size those perceptions and to definitely feel like families like mine specifically have access to services that many families have had for years. And so it feels really good. It is time and it is definitely something that will help with the solution to having so many kids in the [Department of Child Safety] system and in Maricopa County. Plus, the services are definitely going to be more affordable for families, and that's often a detractor to expanding your family, as if you have to go private, it can often be extremely expensive.

GOLDSTEIN: How had the previous system complicated the lives of you and your husband as you were trying to expand your family and reach out to kids who needed assistance?

PATTERSON: Well, emotionally, we had to come, kind of make peace with the fact that kids came and went from our house. And so whenever we adopted, which was about eight years ago, there was this not-talked-about list very often that, it would come up, but definitely people didn't like to talk about it. And it was a list of preference, you know, where they would want kids in the system to either, you know, first of all, stay with their biological family — and I think anybody would want a kid to stay in their biological family, it is the best for them. But in the event that the biological family, you know, could not take care of them or it was in the child's interest to be placed in a secondary home, Arizona, specifically Maricopa County, they really did prefer to put kids with a heterosexual couple first, as well as a single mother, a single father, a kinship, and often LGBT families were at the very, very bottom. And so that was some of the hardship that we faced along the way, as you know, we would often be a safe home for kids in a foster situation. But anytime we wanted to move further with an adoption, we were told that there were more qualified families in front of us. And so the kids were removed and placed with a different family. And so there's, there's some struggle, you know, some heartache that goes with thinking that these might be your forever kids. And then they they often don't turn out to be your forever kids. And so, you know, we started to kind of lose hope that we weren't going to be able to expand our family in Maricopa County. But, you know, luckily, the kids that we have right now, it worked out perfectly for us. So that is definitely one way. I think another way that it hurt us with prior policies in place is the fact that my husband had to change his last name to match mine because we weren't legally married in Maricopa County whenever we adopted the kids. And so he couldn't take them to the pediatrician or register them for school because he didn't share their last name, he wasn't their legal parent because we weren't legally married. And so oftentimes I would have to step out of work or, you know, write waivers that allowed him to represent my kids, knowing that he was also their their co-parent. So it was a little embarrassing for him to not feel, you know, on paper like, like a true parent that he actually was in their life.

GOLDSTEIN: Kevin, how did your health the fact that you were diagnosed with cancer, how did that affect you and your husband from an emotional standpoint? From the standpoint of, of will the kids be taken care of in the way that obviously you'd want them to be?

PATTERSON: It was actually pretty devastating because after we adopted them very quickly, after we adopted them, I was actually diagnosed with stage three Non-Hodgkin's lymphoma. And, you know, that's kind of a touchy stage to be diagnosed because the treatment can work, but also it's pretty, pretty late in the game that the treatment might not work because it's too advanced. And so, you know, we did have to sit down and talk about end of life stuff because we had a friend who's an attorney kind of put it in our head that because I was the sole adopter of the girls, because we weren't legally married then, that doesn't mean that they would automatically go to David because he is not their parent. And so the fear was real that they would be removed if something happened to me and they would go back into the system unless my family, you know, being their now legal — I don't know if you'd call it a bloodline — or their now legal lineage, you know, that my parents would have to step in and see that they go to David. And so I think that uncertainty really caused us to get into action to figure out, you know, there has to be other families like ours. And if the county policies and the state legislation don't support families like ours, how can we get them to listen? And how can we, how can we change it for families like ours?

GOLDSTEIN: I know you can't get rid of the hurt, the frustration that was there before, but do you think that helps you come to terms with that, but also other couples in the future?

PATTERSON: You know, I think that that's probably more likely the, the positive outcome of this is, you know, couples moving forward. You know, it's a different time in Maricopa County. Of course, there's still a lot of work that we need to do to make it to where all families can succeed here. But at least now, you know, families can get married, they can go into adoption and foster as a couple. They can have joint case studies. They can have joint home studies. And they're treated as, you know, a respected family. That with this, you know, new decision in place, it just further shows that they have access to affordable services, easy to access services. And I think that it's definitely going to help families that are on the fence as far as you know, "Can I afford to adopt kids? Will I be supported if I adopt kids?" Because it's a huge undertaking. And just as you know, biological kids are, too, it's really challenging to raise kids. And so I think just with the more support that's out there and the more that we can, you know, kind of wrap our arms around prospective families, regardless of whether they're LGBT or not, it just makes it that much more [enticing] to adopt kids, which is the end goal.

GOLDSTEIN: Kevin Patterson, thanks so much for talking with me today.