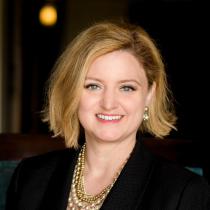 The policy was implemented by former county attorney Bill Montgomery in 2015.

State law requires county attorneys to offer legal representation for families in uncontested adoptions. Those typically involve adoptions by step-parents or other relatives.

But it came at a cost.

According to the current Maricopa County attorney, Allister Adel, representing those families with staff attorneys will save the county budget roughly $750,000 a year. Work said she was astonished by how much Montgomery’s refusal cost.