'We Kind Of Blew It': Start Dates For Pac-12 Sports In Flux As Coronavirus Cases Continue To Climb 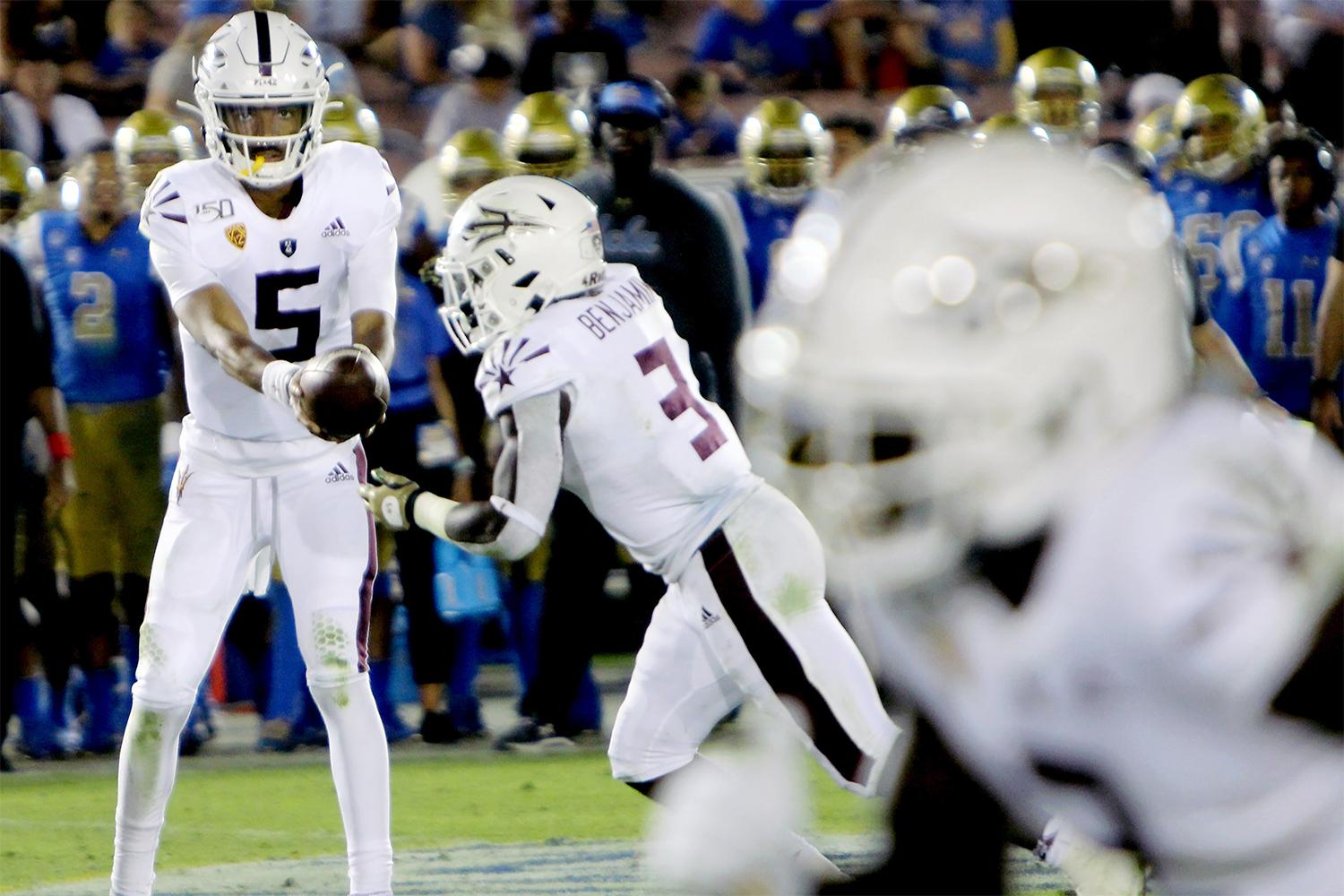 MARK BRODIE: The Pac-12 conference, which includes both ASU and the University of Arizona, has been in a holding pattern as leaders try to figure out what the 2020 college football season could look like. The pandemic may even lead to a fall and winter sport like football being played next spring. This week, the conference is expected to officially announce games will begin on Sept. 19 and schools will only be playing against other Pac-12 opponents. But the continued impact of the virus could cause that date to change. Our co-host Steve Goldstein spoke with Doug Haller of the Athletic to find out just how complicated the entire process has been.

DOUG HALLER: Yeah, really, this whole thing has kind of turned college sports on its head, and there aren't any real concrete answers yet. We were thinking that we were going to have some answers at the end of July. There's been some talk here just within the past few days that they might push it back, though the whole purpose of eliminating the non-conference season — there were two main reasons. One, it buys conferences some time to see if these numbers can, can dip, can decrease, that we can flatten the curve. But also, it was because standardized testing. The Pac-12 operates under the same testing guidelines, the same safety procedures. So it makes the schools feel a little bit more comfortable. But unless the numbers start to dip, there's really not a lot of optimism that it's, that, that we may not even have a conference season. That may have to get pushed to spring, which presents its own set of complications.

STEVE GOLDSTEIN: If there is a schedule that's played and college athletes are in other states for games, I presume you can't figure out yet what happens if, if an athlete, a student athlete, actually is diagnosed with COVID? Then what do you do? Does the whole team get quarantined for two weeks? I mean, that's another question to ask, I suppose.

HALLER: They started voluntary workouts at Arizona State. They brought them back last month. And the procedures are really impressive as far as what they were doing to eliminating outside contact, even from the way that these student athletes enter the football facility. They entered it through the same door. They walked the same path, the same hallways. Their keycards, which they used to get into the facility, they don't even work right now. So they can't get in anytime they want, like they have in the past. It's very, very regimented. So right now, you know, they're kind of, I don't know want to say they're living in a bubble because they're all still kind of going back to their apartments and dorms. But, you know, there is a sense of safety. Now, once college, once colleges, if there's students back on campus, all that's going to change the dynamics. If someone tests positive, they're quarantined for a couple of weeks and then they just have to trace and see how big of a problem this is, if they were, if they exposed other student athletes. I mean, you could have a situation where, and this is where they're going have to be really flexible when they, when they release the new schedule, that if they do have an outbreak, if a kid tests positive was around other people in the weight room or somewhere else, you know that that team may not be able to play that week. And these are all questions that, that we're still trying to find answers to.

GOLDSTEIN: And Doug, even though the student athletes aren't, aren't paid for it, obviously they make the colleges, they make the NCAA a lot of money. If there isn't, let's say if for some reason there wouldn't even be a football season at all or if it had to get moved to next spring, as there's been some discussion of, can you give us a ballpark figure of how much that would mean in terms of, let's say, ASU's budget or the Pac-12 budget?

HALLER: At most institutions, the football season, the football program pretty much is the driving economic force for the athletic department. And as far as those numbers, I've been working on getting those, I don't have a ballpark figure, but with not having a season at a school like Arizona State, in a school like Arizona, would be devastating for the schools just because so much money is brought in. How they can make that up, I'm sure they're figuring out situations right now of how they could possibly recover those costs. But you know, you're seeing schools across the country — Stanford eliminated a number of sports. You've seen a number of schools — this happened at the University of Arizona where coaches and administrators are taking pay cuts. You're seeing furloughs. I mean, these are things that are going on across the country already in anticipation of an abbreviated season or a canceled season. But I really think even if they have to push it to spring, no matter if they're playing, you know, seven or eight games, I think are going to do everything they can just for that reason.

GOLDSTEIN: Doug, last one for you. You mentioned that there've been expectations about knowing something by the end of this month. Is there a deadline that you can see or that you've heard to really decide whether you're going to play in the fall and winter or whether you move it to spring?

HALLER: There is a push to kind of, you know, just to try to buy them as much time as possible before they have to put in stone, "OK. We're definitely moving to spring, or we're definitely going to push it back, you know, another month." And, you know, I understand that. It's, what, this thing has been so crazy, what it looks like right now, in two or three weeks, it might be totally different. You never know. It just seemed like June was such a big month for fall, for fall sports to start on time. And, you know, we kind of blew it. You know, we look like we kind of made some progress in flattening the curve, and then everybody relaxed a little bit in different parts of the country. And it shows. So we blew the first deadline, I think. And now we're just trying to see if we can play at any time in the fall. I do think they'll continue to push it back until, you know, the least, the last possible moment before they can make a definite decision.

GOLDSTEIN: All right. That is Doug Haller, senior writer for the Athletic, covers ASU and the Pac-12. Doug, thanks for the time today. Stay well.

HALLER: Alright, I appreciate you having me.