Chayka Steps Down As Arizona Coyotes GM A Week Before Qualifier 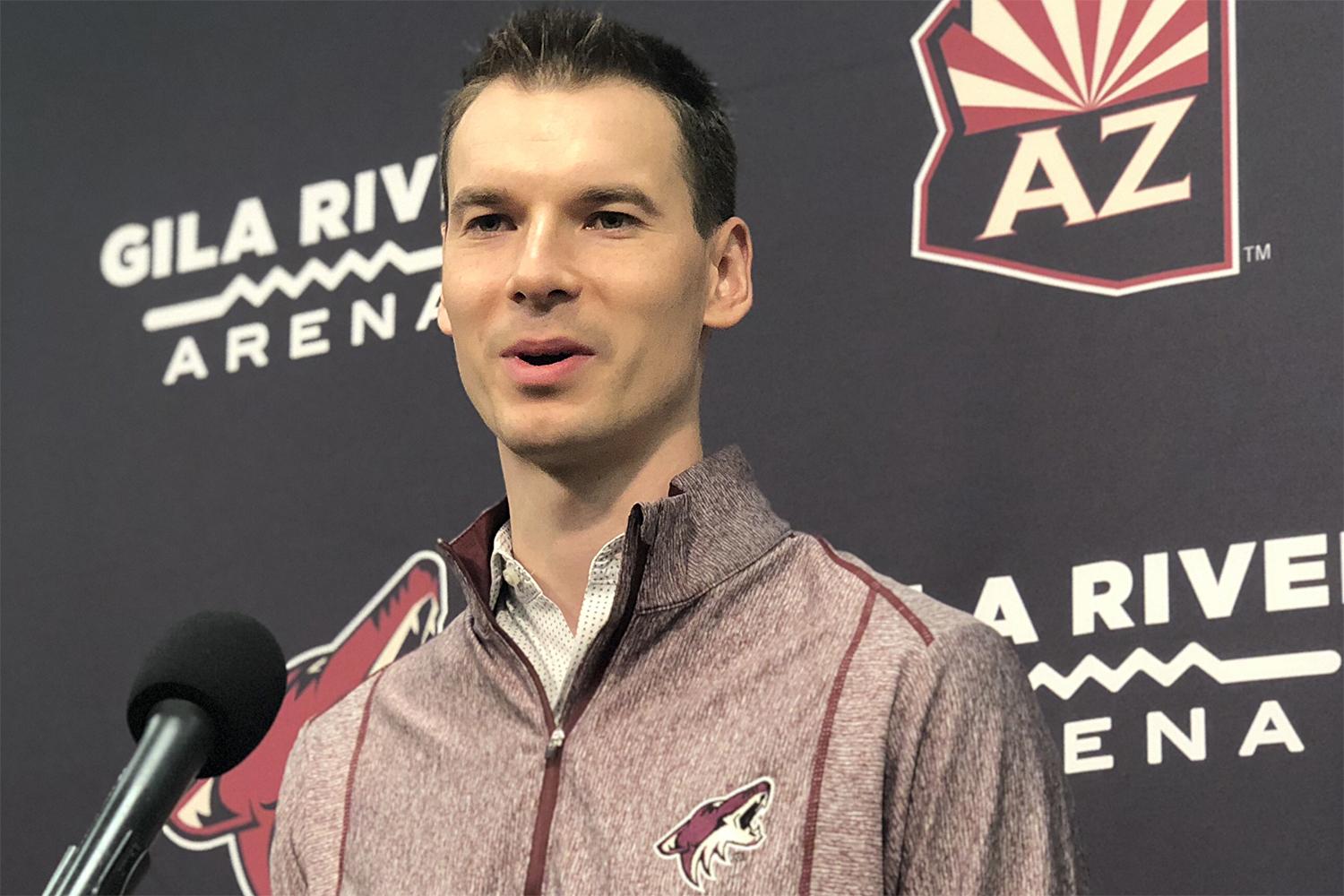 He was being called a quitter by the team in a strongly worded statement on Sunday after stepping down a week before the Coyotes’ Stanley Cup qualifier series against Nashville.

“The club is disappointed in his actions and his timing as the Coyotes prepare to enter the NHL’s hub city of Edmonton, where the team will begin postseason play for the first time since 2012,” the team said in a statement. “Chayka has chosen to quit on a strong and competitive team, a dedicated staff, and the Arizona Coyotes fans, the greatest fans in the NHL.”

Chayka made a name for himself as one of the NHL's top general managers since being promoted in 2016 and signed a contract extension through 2024 last fall.

Chayka's relationship with new owner Alex Meruelo began to deteriorate when he asked for permission to pursue another, non-NHL opportunity, according to Sportsnet. The Arizona Republic reported Chayka also was not invited to a recent dinner with Meruelo and new CEO Xavier Gutierrez to talk with Taylor Hall about a contract extension.

News of Chayka's departure came the same day the Coyotes were scheduled to leave for Edmonton for the Stanley Cup qualifiers. Arizona opens against the Predators next Sunday in its first postseason appearance since reaching the 2012 Western Conference finals.

“The past four years have been the most enjoyable of my life,” Chayka said in a statement. “In Arizona, I became a husband and a father, while working as hard as possible to make the Coyotes a Stanley Cup contender. I love our players, coaches, staff and fans and I very much wish I could be with the team in Edmonton. Sadly, the situation created by ownership made that an impossibility.

"That’s all I intend to say on this matter for now. A fuller, more detailed explanation may be necessary in the near future."

Chayka made a name for himself by co-founding the hockey analytics firm Stathletes in 2009. He joined the Coyotes in 2015 as assistant general manager, analytics and at 31, became the youngest general manager in major North American sports history.

Chayka rebuilt the Coyotes into a playoff contender in four years as GM, bringing in players such as Hall, Phil Kessell, Antti Raanta and Darcy Kuemper while producing quality players through the draft.

Meruelo helped orchestrate some of the changes by loosening the purse strings after becoming the first Hispanic majority owner of an NHL team when he bought majority interest of the team last summer.

The Coyotes were four points out of the final Western Conference playoff spot when the season was halted due to the coronavirus pandemic, but were given new life when the NHL expanded its postseason format.