Download mp3 (5.66 MB)
Christina Estes/KJZZ
More than 400 people are registered to sit for the bar exam on Tuesday. The Arizona Supreme Court, which is responsible for administering the test, rented additional space at the Phoenix Convention Center.

More than 400 people are registered to sit for the bar exam on Tuesday amid the coronavirus pandemic.

The Arizona Supreme Court, which is responsible for administering the test, rented additional space at the Phoenix Convention Center. A spokesman for the court said there’s plenty of room for social distancing to ensure the safety of aspiring lawyers.

Another 170 bar applicants took an alternative option, offered for the first time in Arizona. 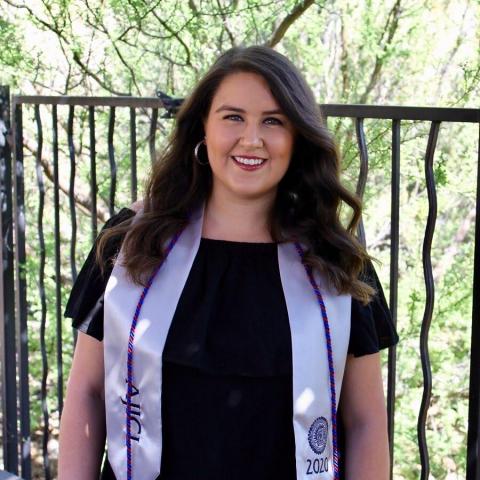 Jocelyn Tellez-Amado, who graduated from the University of Arizona law school earlier this year, jumped at the opportunity to take the test online.

She said the safety of her family was her primary concern. Her mother and father are at high risk of complications from the virus.

Traveling to Phoenix wasn’t worth the risk.

“It's a weird thing to hear the governor say ‘staying at home is best,’ and do that if you can, and then at the same time, to be told all you (bar applicants) still have to come in and everyone has to go to Phoenix and be there for two to three days... stay in a hotel, eat out and, you know, take this test with 600 of your closest friends,” Tellez-Amado said.

While the October test may be administered differently, for those hoping to practice law in Arizona, the outcome will be the same. If they pass, applicants like Tellez-Amado will be licensed, just at a later date.

Attorney Patricia Sallen focuses on lawyer regulations. She said allowing applicants to take the bar online is a big step, not just in Arizona. About two-dozen states are offering the exam remotely, either in July or this fall.

It's never been online. It's been in person, it's been administered in person,” Sallen said. “And yet, here's quite a few jurisdictions now who are opting to make accommodations on the fly in a way that I think would have been, would have taken a long time to get there before COVID-19 came to town.”

The circumstances around those decisions are dire and unique. Nonetheless, attorneys like Sallen say they wonder if there should be permanent changes to the bar.

In all but one state, it’s the gatekeeper to the legal profession.

Wisconsin is the only state that provided some law school graduates with diploma privileges before the pandemic.

That allows students who recently graduated from law schools — at least those certified by the American Bar Association — the ability to practice law without taking the bar.

Tellez-Amado and other Arizona graduates filed a petition asking the Arizona Supreme Court to grant diploma privileges on an emergency basis.

The court denied their request but did offer the online alternative.

It’s a good option for Tellez-Amado, who doesn’t have to pass the bar to start her post-law school job as a judicial law clerk. But it does mean her score on the bar won’t transfer to other states.

If she ever decides to move to another state for a different legal job, she’ll have to take the bar again.

As for others, many jobs lined up after law school can’t begin until graduates pass the bar. Waiting until October could mean waiting for months for a paycheck.

“Even though the Supreme Court is saying that we have options, there's not really a great option,” Tellez-Amado said. “Diploma privilege would minimize the impact of COVID on a lot of students. And so it's kind of, you're in between a rock and a hard place; you have to just, you have to choose the lesser of two evils and go with it.”

Lynda Shely, an ethics lawyer based in Scottsdale, said the Arizona Supreme Court was right to offer an alternative. But even during a pandemic, she said there needs to be some sort of benchmark for the profession.

For better or worse, that’s the bar exam.

“I don't know that you throw out the need to assure that people who are going to call themselves lawyers and be able to represent clients have to be competent to a certain level,” Shely said. “I don't think you throw that out, just because you have a concern about health. I think you can do both. And I think that's what our court has tried to balance.”

Sallen agrees that there needs to be a benchmark going forward.

She has reservations about diploma privileges, and said using graduation as a benchmark could put too much power in the hands of law schools.

But she hopes states like Arizona that created an online option don’t simply default to the way things were once the pandemic is over.

“If you're sticking with a bar exam, then the issue is, is the way we've always administered a bar exam the right way to do it?” she said. “Is that still the way we should do it in, you know, 2020 and going forward?”