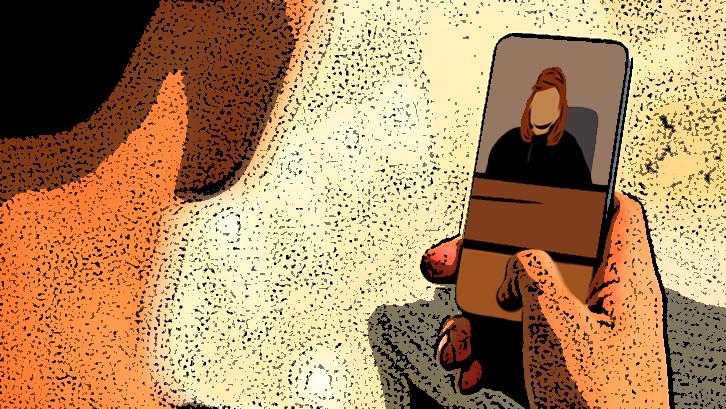 Sky Schaudt/KJZZ, Storyblocks
Administrative orders for the Maricopa County Superior Court say civil cases should be conducted virtually or telephonically — a safety precaution to help stop the spread of the coronavirus.

Two years ago, opponents of an Arizona clean energy ballot initiative issued subpoenas to about 1,400 circulators who gathered signatures for the campaign.

To some attorneys, their intent was clear.

There’s a provision in Arizona law that requires registered circulators to comply with those subpoenas. Circulators who are paid or are from out of state must register with the Secretary of State’s Office.

“If a circulator doesn't show up for trial, regardless of the quality of his or her signatures, all those signatures are thrown out,” said attorney Jim Barton. “And so that’s the tactic. You basically submit trial subpoenas for hundreds and hundreds of circulators in the hopes that they will not show up to testify so that you can disqualify otherwise completely valid signatures.”

Barton defended the clean energy initiative in 2018, when a judge threw out signatures collected by hundreds of circulators who didn’t show up to court.

Election law attorneys still point to those 1,400 subpoenas as an example of the law taken to its logical extreme.

It’s an enormous undertaking for an initiative to qualify for the ballot. Supporters must collect more than 237,000 signatures.

Roopali Desai, an attorney representing three initiatives this year, said campaigns collect tens of thousands of extra signatures knowing many will be challenged in court.

“If you are a campaign that doesn't have a very high cushion of signatures, this potentially could be fatal to your initiative,” she said.

But this year, it’s unlikely hundreds of circulators will head to court in Phoenix.

Administrative orders for the Maricopa County Superior Court say civil cases should be conducted virtually or telephonically — a safety precaution to help stop the spread of the coronavirus.

In April, the court dealt with legal challenges to signatures that some candidates collected to qualify for the ballot. At that time, circulators were allowed to respond to subpoenas using video chat services.

“To be able to use the technology that some of us have become accustomed to, over the last few months, I think does offer something of a relief,” Barton said.

Virtual proceedings will make it easier for paid circulators to respond to subpoenas, and make it less likely their signatures will be invalidated. It’s a boon for circulators, who often travel from state to state gathering signatures and would have been forced to fly back to Arizona for trial.

Desai said there’s also a financial benefit to the campaigns, who in the past were responsible for those travel expenses.

“To fly people into Arizona, for the trial and then put them up in hotels was incredibly costly,” she said.

If initiative opponents still opt to issue hundreds of subpoenas this year, Desai said she’s ready to fight them.

The ethical rules governing a lawyers conduct require there to be a good reason to subpoena someone. Desai said issuing a subpoena in the hopes a circulator won’t respond isn’t good enough.

“You better have an argument as to why that person has to be subpoenaed into court,” she said.

Desai said she’ll scrutinize every subpoena issued by her opponents.

“We will hold those lawyers to account. We will ask the court to make findings with respect to whether the subpoenas were appropriate and we will seek sanctions against lawyers who misuse the rules,” she said.

The Arizona Chamber of Commerce was part of the legal challenge to the clean energy initiative in 2018. Spokesman Garrick Taylor said there was nothing untoward about those subpoenas.

“Our attorneys are only going to call circulators for a valid reason. Always have,” he said. “If the committees properly vet and register their circulators, and, and if all established rules of the road are followed, then there won't be a problem.”

This year the Chamber is opposed to three initiatives: An effort to legalize recreational marijuana, a measure to raise taxes for education funding and an initiative with an assortment of new requirements for hospitals.