From Polio To Meningitis: How Vaccines Have Progressed Through The Years 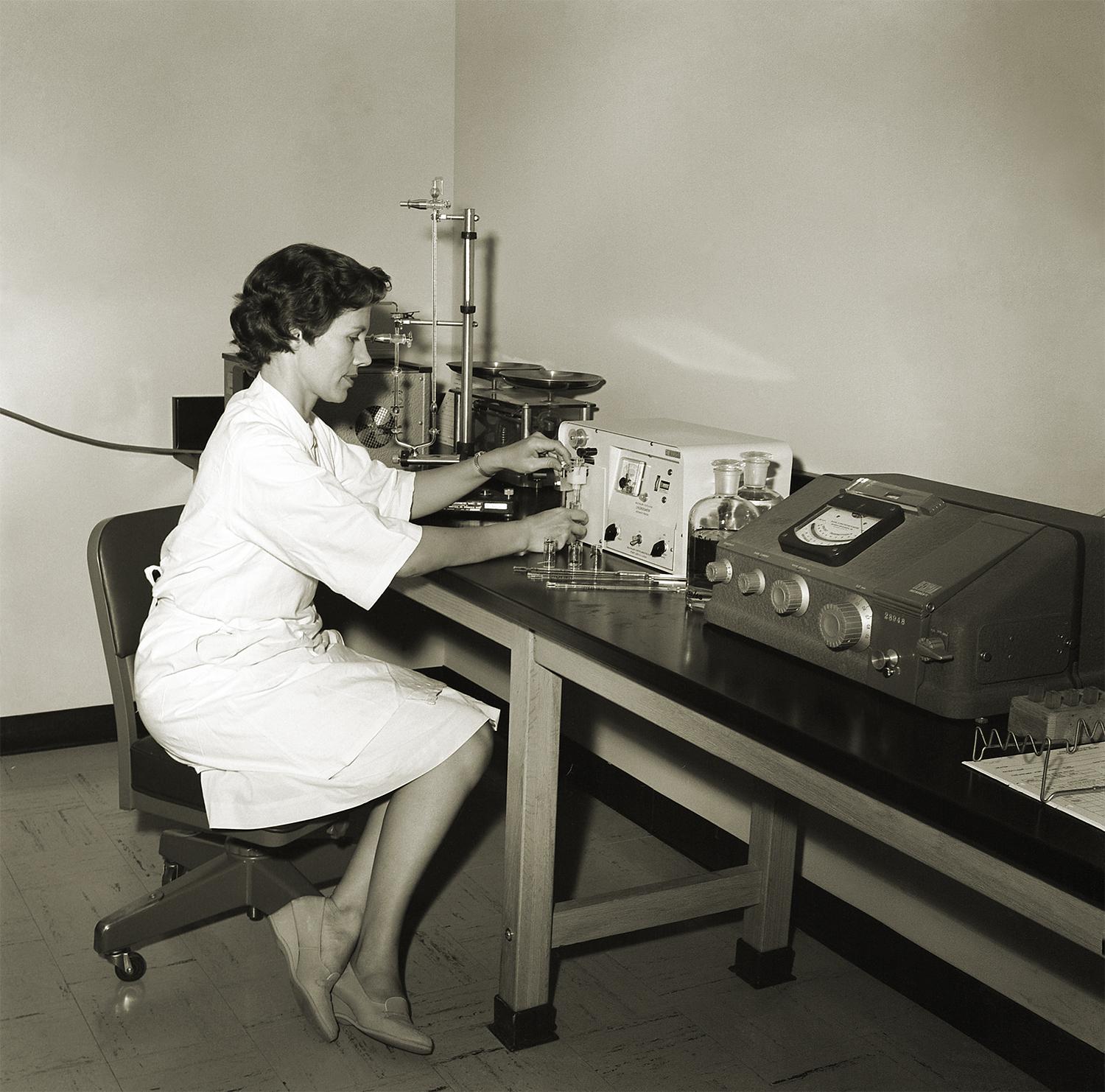 Lynn Herring/CDC
A lab technician at a CDC field station in Phoenix in 1964. Polio was one of the diseases the station studied.

LAUREN GILGER: Last week, clinical trials began for a COVID-19 vaccine at the Imperial College London. The trial will involve 300 people receiving a synthetic form of the virus's genetic material. For many older Americans, the race to find the inoculation that will protect people from coronavirus is reminiscent of the search for a cure for polio. In the early 1950s, an outbreak of polio spread across the country, causing paralysis and death among young children. Poliomyelitis was spread virally throughout America. Public pools closed and parents kept their children indoors during the summertime, the period of peak transmission. Shirley Shapiro and her husband were raising a family in Newburgh, New York, at the time. Her daughter, Marta, was born in 1950. Shirley remembers how the public was informed of the polio epidemic in those days.

SHIRLEY SHAPIRO: We used to go to the movies and at that time they had news reels like 'The News of the World,' and we saw pictures of children in iron lungs and other things, you know, children that were crippled.

NARRATOR: These are scenes which have become almost commonplace in hundreds — thousands of communities all over the United States. This year, the enemy, poliomyelitis, struck with such impact and fury that it shook the entire nation. It spread its crippling tentacles from ocean to ocean and border to border. There has been no escape, no immunity. For this is epidemic.

SHAPIRO: I remember that when Marta was about a year old, a little bit more, still in a crib. And I walked in one day to her room, and she was standing with her head sort of glued to her shoulder. And I said, "Oh, my God, my child has polio." It turned out to be a gumdrop that was in her hair and stuck to her shoulder. I thank God it was not anything serious. But I know that everyone was very relieved when there was, when the vaccine came out.

GILGER: Everything changed in 1955. A new era of modernity and scientific achievement was reached when Americans were alleviated of fear of this disease.

NARRATOR: Here, scientists usher in a new medical age with the monumental reports that prove the Salk vaccine against crippling polio to be a sensational success.

GILGER: The polio epidemic had been spreading throughout the country for three years before Salk's vaccine was introduced. Shirley's daughter, Marta, worries the amount of work that goes into vaccine development is misunderstood.

MARTA STURM: I think that a lot of people during this pandemic just think there should be a vaccine automatically.

STURM: You know, because, because we don't remember or we weren't aware of all the research and the studies and things that have to be done.

GILGER: Which brings us to Bert Jacobs. He really loves viruses.

BERT JACOBS: Viruses, to me, are really quite amazing.

GILGER: Dr. Bert Jacobs is a professor of virology with ASU's School of Life Sciences. He's also a member of the Biodesign Institute's Center for Immunotherapy, Vaccines and Virotherapy and a member of the team working on a COVID-19 vaccine. For him, the answer lies within the viruses themselves.

JACOBS: They are these tiny, tiny things that many people look at as non-living; I tend to think of them as sort of the borderline between living and non-living. But they have the capability of causing incredible amounts of disease and really killing us.

GILGER: Bert's job is one of the most dangerous on earth. He and his team are handling the most deadly creatures out there.

JACOBS: One thing that you learn in working, especially with highly pathogenic viruses, is respect for them. You can't do the work safely unless you respect them. My lab worked with some highly pathogenic viruses. I've worked with HIV. And nothing focuses your mind quite like knowing that in a tube in front of you in a hood is enough virus to kill you 100 times over. In the process of learning how viruses do what they do and the process of learning how viruses evade our immune system, we come up with ideas that let us say, "Hey, if we change the virus in this way, maybe we would make it into a better vaccine."

GILGER: Dr. Diane Matsumoto is a pediatric specialist practicing in Phoenix. For years, she treated children in the region for a bacterial infection that was transmitted person to person through the air. Pneumococcal meningitis ravaged people's respiratory and nervous systems.

DIANE MATSUMOTO: It was something to be feared. It would often hit very young children. And so for the first five years in my practice, any child under three months with a fever would get a spinal tap, a urine culture and a blood culture. And there were times in my practice that I would do three to five of those a month to rule out the infection, to try to prevent having to hospitalize everyone. We used to worry that people would die in our waiting room before they would get back and get diagnosed, and would have nurses just always having an eye out, particularly [for] the little ones, because the meningitis is so deadly in those first year of life.

GILGER: In 2000, the vaccine Prevnar was approved by the FDA for use with children.

MATSUMOTO: Within a year, though, of that introduction, the number of cases of meningitis just really plummeted. Just plummeted very quickly.

GILGER: Prevnar, like Salk's polio vaccine and others, improved the health and lives of countless children. Despite vocal opposition to the use of vaccines in recent years, the medical community is united in the understanding that FDA-approved vaccines have increased the quality and expectancy of lives around the world.

JACOBS: We forget that humanity evolved much of the time with the scourge of infectious diseases killing a large number of children before they ever got to the age of 12. We've forgotten about that because we've had the luxury of living in a world that has antibiotics to treat bacterial infections and has vaccines to protect us against many of the things that used to kill large numbers of people.

GILGER: Last month, pharmaceutical manufacturer Moderna received approval to begin the next step of testing for a COVID vaccine. Phase three of the study is scheduled to begin early in the summer. In the meantime, people around the world are left waiting. Waiting for a cure for the virus that has taken the lives of more than 120,000 Americans.

SHAPIRO: I've never had an experience like this. Never. I don't know what to make — it's like the Twilight Zone. I think that things have changed and we're going to have to cope with it. And hopefully, hopefully they'll find a vaccine, but I don't know how soon.