What Donald Trump Accomplished With His Arizona Visit 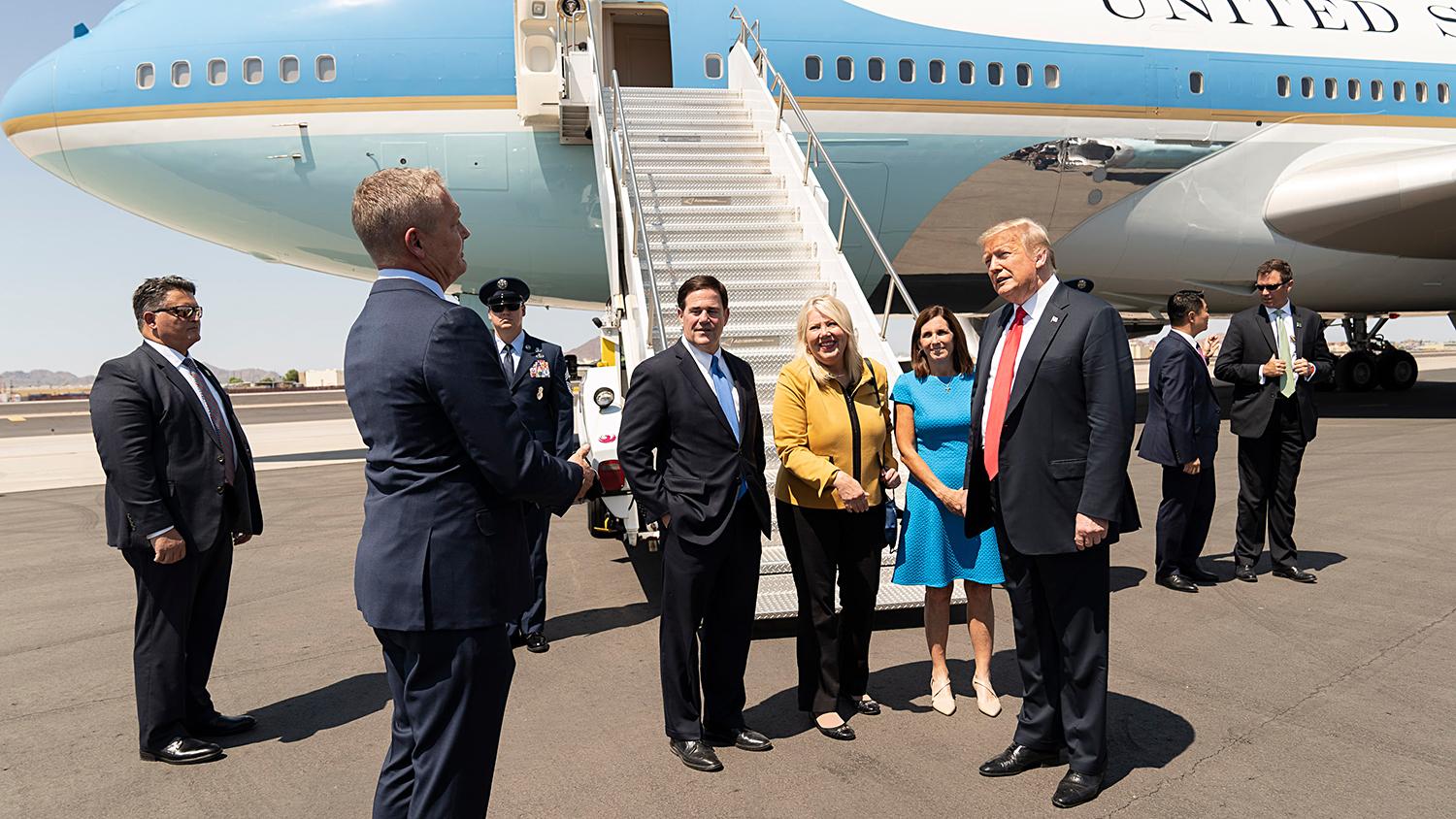 President Donald Trump spent the day in Arizona on Tuesday as he campaigned for reelection amid the coronavirus pandemic.

He kicked off his trip in Yuma — where one of his key campaign promises has manifested along the U.S.-Mexico border. The agenda focused on border security and his long-promised border wall — familiar ground for the president that remains core to his reelection strategy. The president was joined by some high-profile Arizona Republicans, including Gov. Doug Ducey and Sen. Martha McSally.

McSally has closely aligned herself with the president, particularly as she faces a tough campaign to retain her seat.

To learn more about the visit to Yuma and potential implications for the senator, The Show spoke to Maria Polleta with the Arizona Republic.

The second stop on President Trump’s trip was in Phoenix, where he spoke for 90 minutes to thousands of supporters at the Dream City Church in north Phoenix. 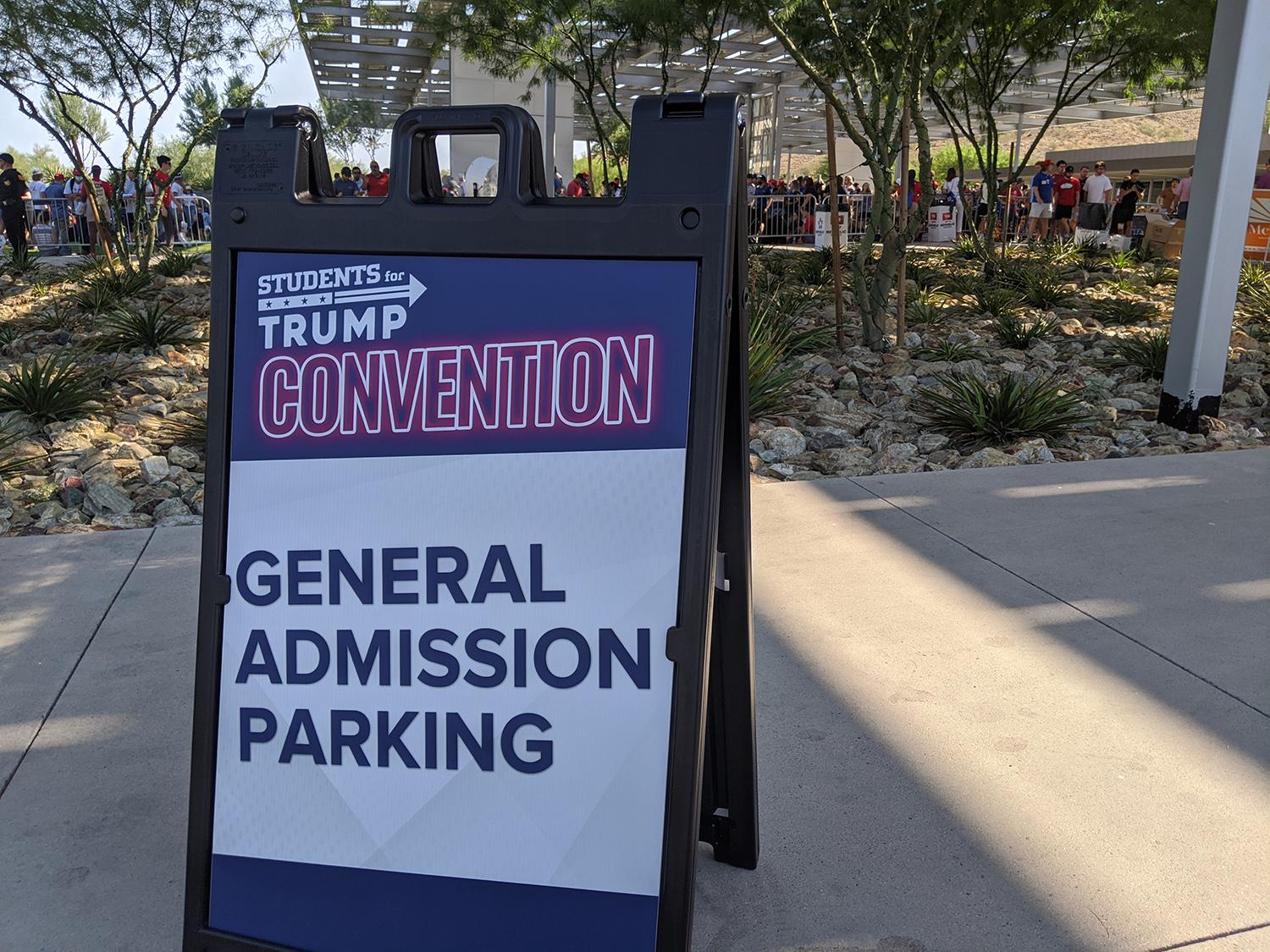 Sky Schaudt/KJZZ
People line up outside Dream City Church in Phoenix for the event with President Donald Trump on June 23, 2020.

The "Students for Trump" event came on a day that saw one of the largest spikes in reported COVID-19 cases in Arizona yet.

KJZZ’s Jimmy Jenkins was at the megachurch to cover the campaign event. The Show spoke with him about what the event looked like in light of the COVID-19 pandemic.