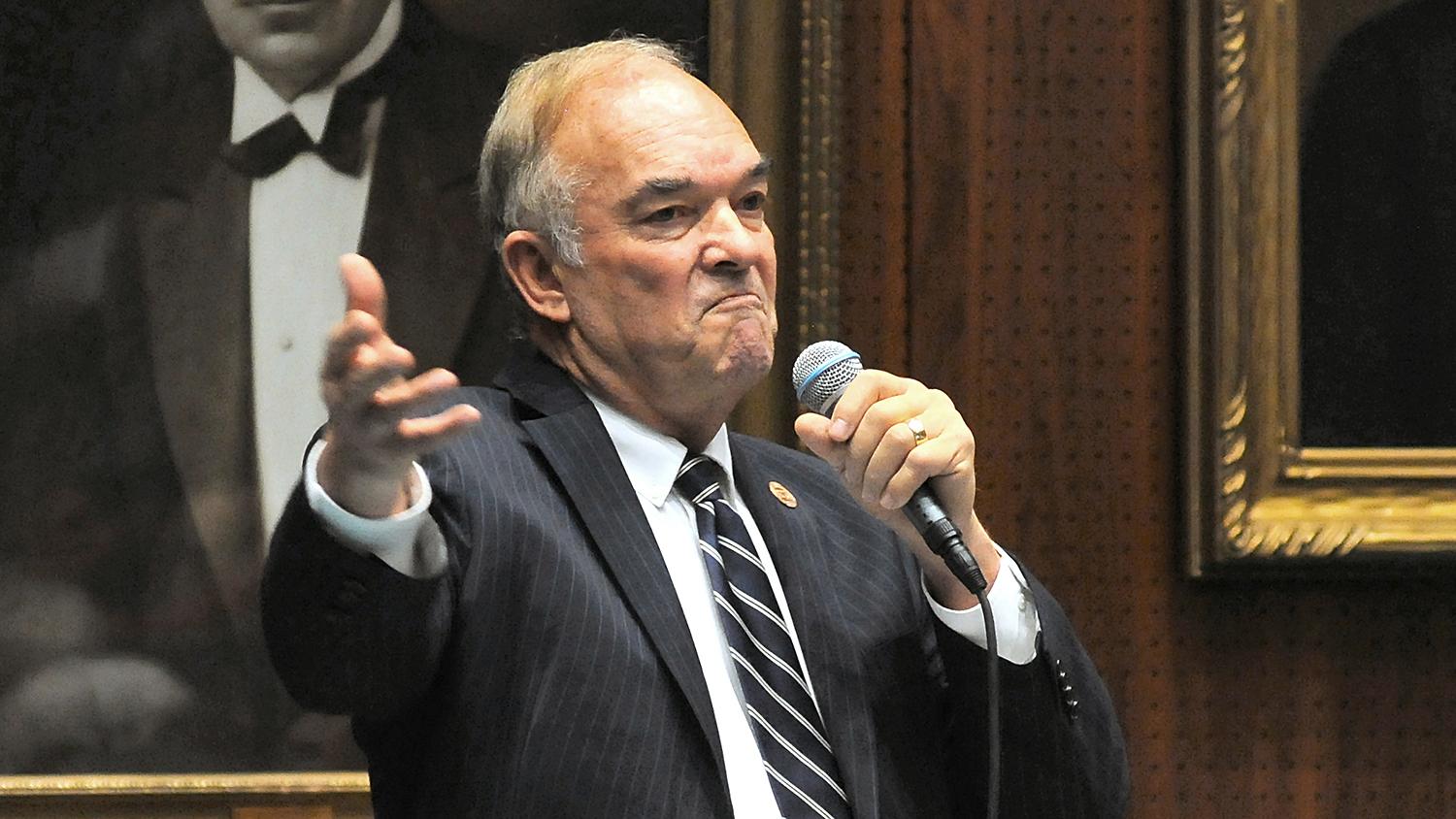 Howard Fischer/Capitol Media Services
Don Shooter addresses colleagues in early 2018, before they voted to oust him from the House over charges of sexual harassment.

This comes after former Rep. Don Shooter sued over his own expulsion in 2018

Attorneys for the state and a former House speaker argued the legislature can remove a member for any reason, including political affiliation and race.

Former lawmaker Steve Tully told a three judge panel they just need a two-thirds vote to do so.

JUDGE MARSHA BERZON: Suppose it's 90% Democratic and 10% Republican and just decides to expel a Republican?

TULLY: The right to expel members is granted to the House by the Arizona Constitution. It's a specific right to them. You need a two-thirds vote. And it's a legislative right.

BERZON: So what about my hypothetical?

TULLY: My answer is yes. They could, if they're at 90% and they file a motion to expel a member for being what they thought was disruptive and they got the votes ...

BERZON: They don't think it's disruptive. They just don't want any Republicans.

TULLY: As long as they meet the statutory requirements....

BERZON: How do you figure to run the legislature if nobody gets up to dispute you. It's disruptive because they're getting up and making speeches about why we're wrong.

Tully said there was nothing wrong with the procedures used to investigate Shooter.

Tully did not address the sexual harassment allegations against Shooter or that former House Speaker J.D. Mesnard (R-Chandler) ignored decades of precedent allowing an accused lawmaker a hearing before the Ethics Committee.