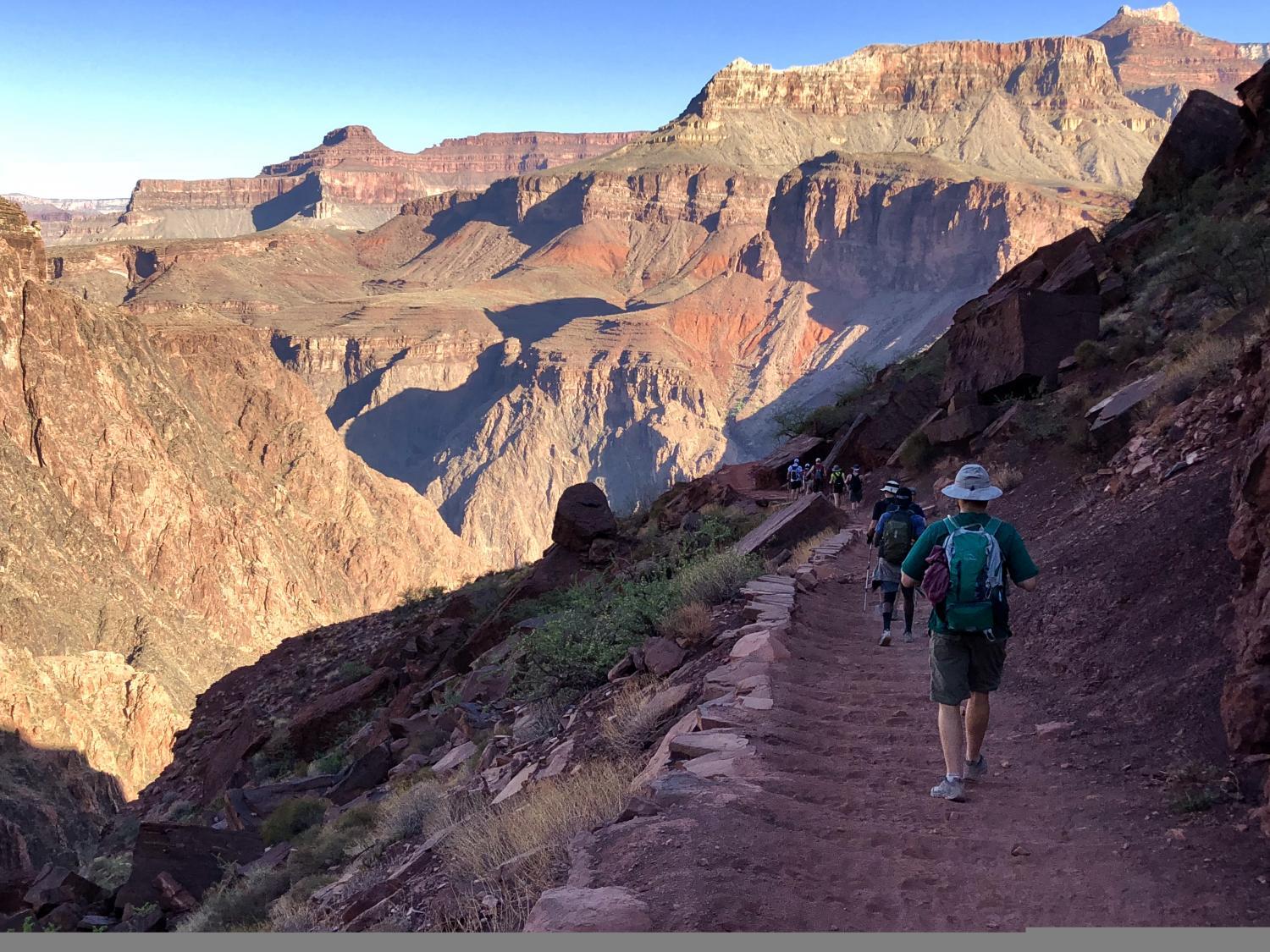 Katie Campbell/KJZZ
Hikers with the Kactus Kickers hiking club begin their descent from the Grand Canyon's South Rim on May 26, 2018.

A group of Arizona hikers known as the Kactus Kickers would have been on their way to the Grand Canyon on Friday to embark on their signature Memorial Day weekend hike: a 24-mile trek from the South Rim to the North Rim.

The group has done the hike every year since 1969. They make the punishing trip on Saturday, rest for a day at the northern lodge, and then, some people do it all over again, hiking rim to rim to rim.

People like Kactus Kickers President Bill Garling. He’s been with the group since the 1980s.

“The first time I did rim to rim, after completing it, I swore I’d never do it again," he says. "After some thought and forgetting how hard it was, later on I — next thing you know I end up doing 29 years of it.” 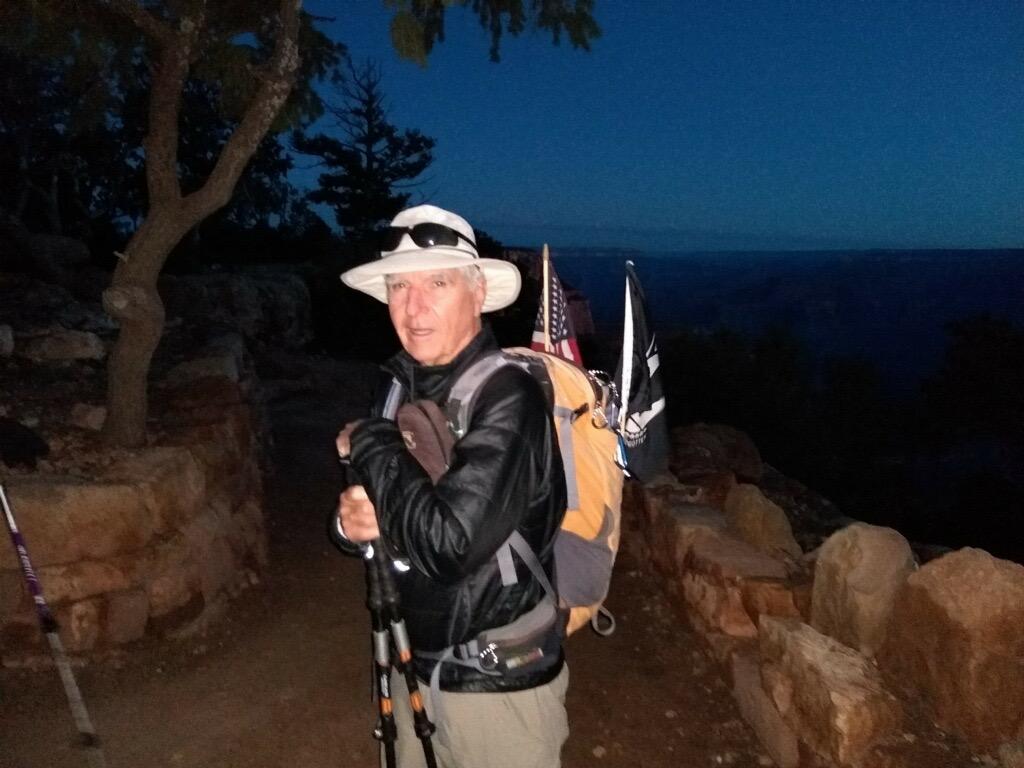 Bill Garling
Bill Garling prepares to descend into the Grand Canyon for the 2019 Kactus Kickers Memorial Day weekend hike from the South Rim to the North Rim.

This weekend, Garling, who is 70, would have made his 30th journey rim to rim. Many of those trips were rim-to-rim-to-rim. Over the years, he’s come to realize a lot of the challenge is mental, but it’s still daunting. Each hike rim to rim includes more than 10,000 feet in elevation change.

“You’re hiking forever. And then, when you start up the other side, going up the North Rim, and you kept looking up and you had no idea if you were ever gonna get out," he says.

But Garling and the Kactus Kickers had to cancel their trip this year because of the coronavirus.

Garling is disappointed, of course.

The hike has allowed him to watch the Canyon change and share his experiences with the new hikers who join each year. But considering the impact the virus has had on so many people, he’s staying positive.

“You know, after so many years of living, you’re used to certain disappointments," he says. "So, there’s always next year.” 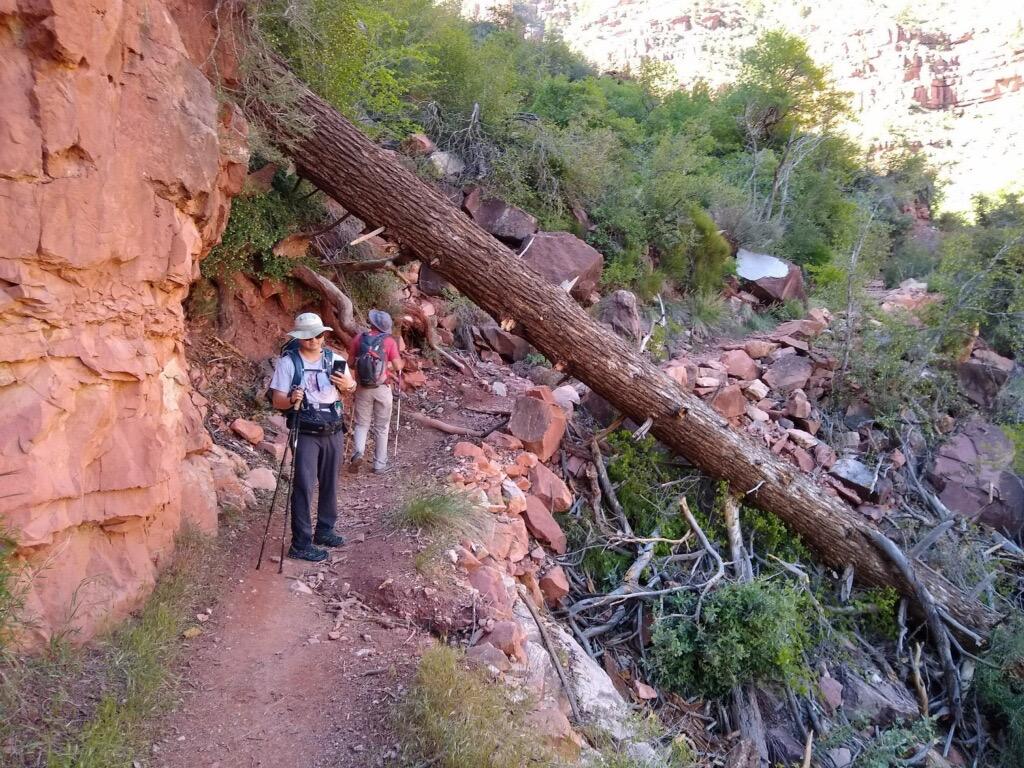 Bill Garling
Hikers with the Kactus Kickers come across a fallen tree during their 2014 hike from the Grand Canyon's South Rim to the North Rim. 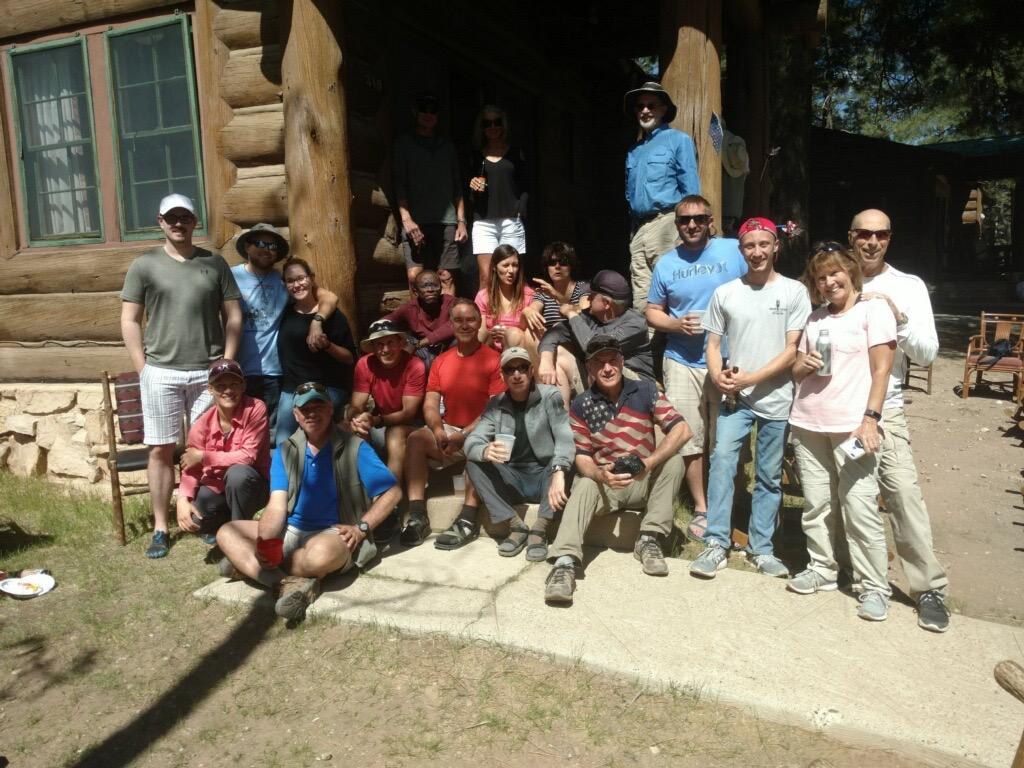 Bill Garling
The 2018 Kactus Kickers hiking group pose for a photo on the North Rim. Bill Garling said he enjoys sharing the experience with new hikers each year, and in 2018, they included KJZZ's Katie Campbell (standing, far left). 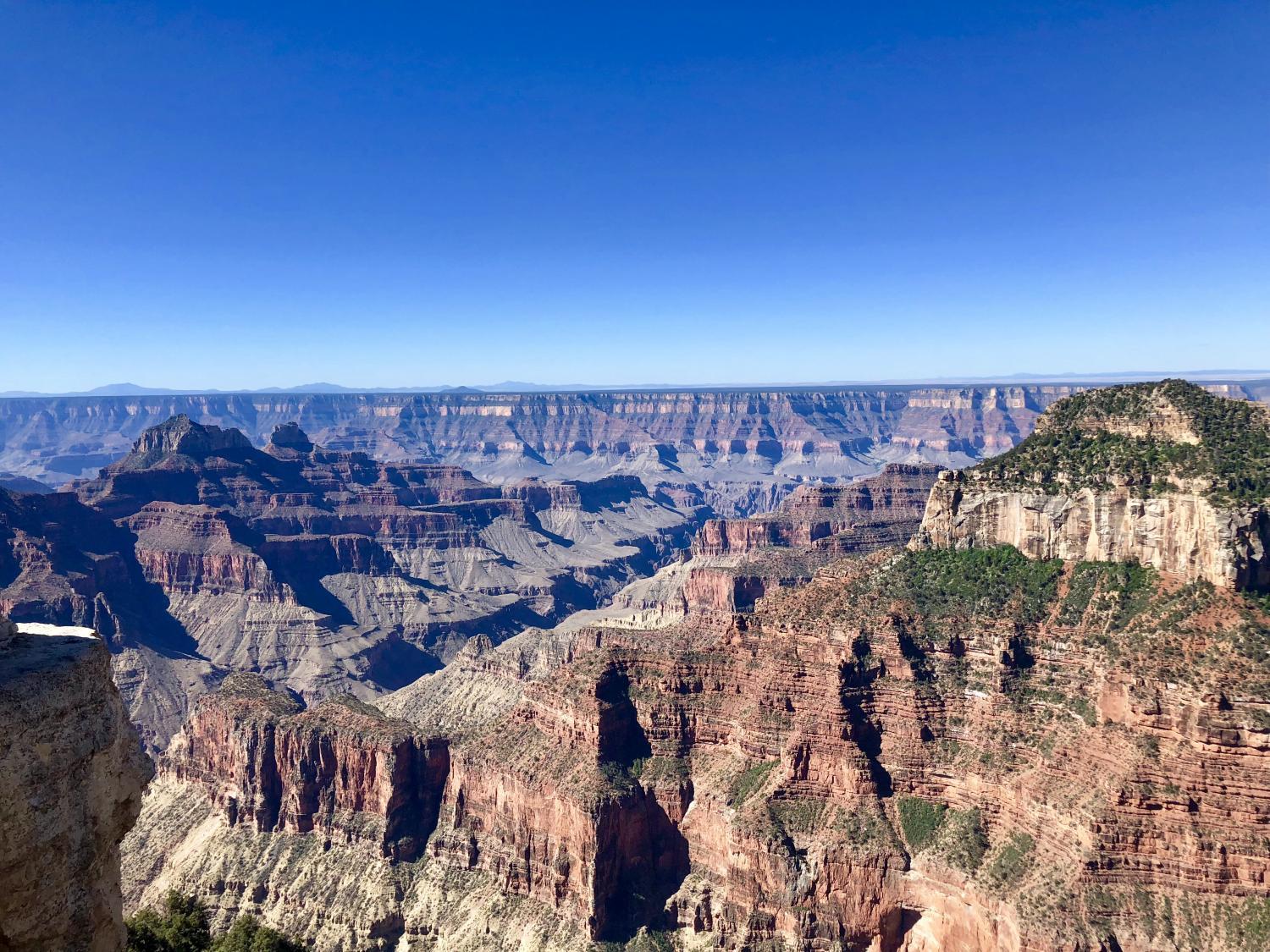 Katie Campbell/KJZZ
The view from the Grand Canyon's North Rim.