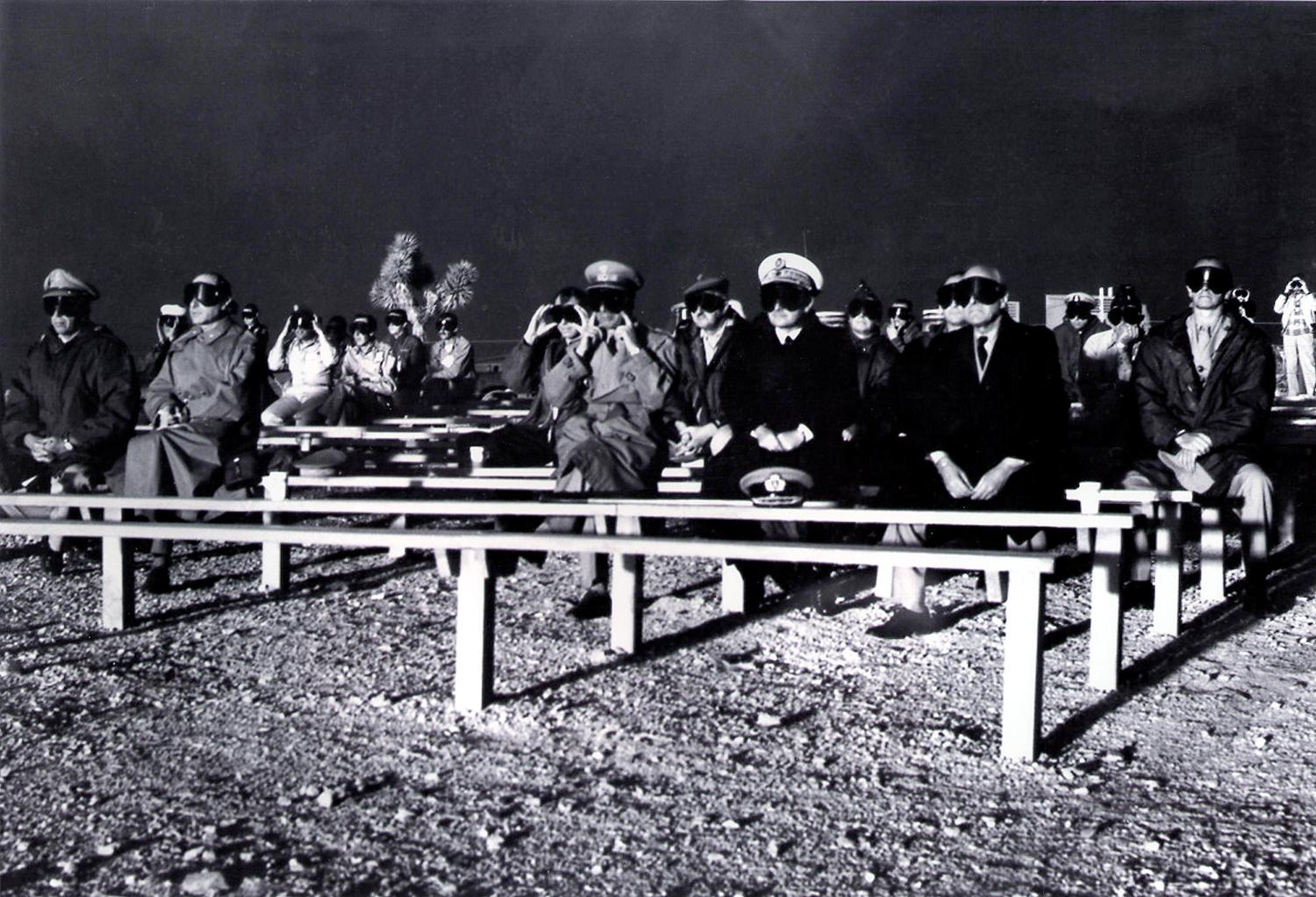 STEVE GOLDSTEIN: On January 27 of 1951, the United States detonated its first nuclear device on its own soil. Frenchman Flats was a featureless stretch of land in the Nevada desert, just 65 miles from Las Vegas. And over the following seven years, there were nearly 100 atmospheric detonations of nuclear. In 1990, about 30 years after the last above-ground test, Congress passed the Radiation Exposure Compensation Act (RECA), providing some support for those whose health was compromised by radioactive exposure. But that compensation has been difficult to obtain, especially for some Navajo Nation residents known as downwinders, disproportionately affected both by the tests and the years of uranium mining that took place in the Southwest. The act sunsets in 2022, and reporter Wudan Yan wrote about it for High Country News, and she's with me. Wudan, in your story, you write about the so-called downwinders. Can you describe who they are?

WUDAN YAN: So downwinders are the people who I focused [on] in my story. And they're defined as anyone who lives in the Four Corner regions in a county that is covered by RECA. And basically, you know, they were not uranium miners or millers, but they were "downwind" of where the above ground tests at the Nevada test site were. The tests would be conducted, and then the wind and the rain would follow and blow all of that radioactive dust away into other more rural communities.

GOLDSTEIN: With what Lena Cason went through and her family has been through. So she was diagnosed with cancer. Fortunately, as you write her, the tumor is not metastasized, but then her brother has been through this as well. Can you frame what her story has been, what her battle has been to get the justifiable compensation?

YAN: So Lena Cason grew up in Cove, Arizona, which is a region on Navajo Nation that was heavily mined for uranium. And when she grew up there, her father was a miner. She and her siblings would play around near the mine waste. And she believes uranium and all of its associated cascading effects is what led her to develop cancer and also for her brother as well. Now Lena, even though her father was a miner, doesn't qualify to apply for RECA as a miner. They grew up in a region that was downwind from the Nevada test site. And they went on to develop cancer. So there are two requirements in applying for RECA, right? You have to have what the Department of Justice deems a compensable cancer, and you have to live in the designated counties in which you can apply for compensation. So Lena qualified for both of these things. And I think many of us know that anything that involves getting money from the government can be really bureaucratic. And that story was no different. When Lena needed to get the paperwork to prove that she got a cancer, she was treated for it and that she lived where she did at the time of testing. That was also a necessary component. That part, the second, the latter part was more difficult for her because the Navajo are not people who grew up with a lot of documents. There were no birth certificates. It was really challenging for Lena to find her school records at that time.

GOLDSTEIN: Coming back to Lena Cason and then the way you close your piece, the compensation comes with mixed feelings.

YAN: Generally speaking, the Navajo, even though so many terrible things and environmental justice issues occurred on their land and have impacted their lives in the way it has, they are very forward-looking people. So when I spoke with Lena, she ... it wasn't like she had a big grudge against the U.S. government or anything. Like she said, "I have better things to look forward to." So she's she's relieved that this chapter is behind her, and I think that's what she wants. She's a very forward-looking woman.

GOLDSTEIN: Can you give me an idea of when you went in to report this story, what your perspectives may or may not have been, and how learning more about it affected your reporting, affected how you approached it?

YAN: Whenever I go into a community that I don't live in to do reporting, what I really want to understand first is that community's culture. And I think this might go against some other advice that journalists get on covering their communities, right? Like, "Oh, if you're going to Latin America — if you're going to a country in Latin America to a cover a story. Do as much research as possible on that particular story. That's not my approach. I want to ... going into this, I really try to understand how these native nations want to live. And one woman I spoke to who is Navajo and is a researcher, she mentioned that it might be really difficult for me to get people to open up about what this has been like for them because the Navajo are so forward-thinking and don't want to think about the past. And talking about death, depending on who I talk to, of course, was kind of seen as a bad omen. There's almost this idea that, "Oh, if you talk about bad things, bad things will happen to you." So I think I went in knowing that not everyone might be as open in talking to me as I would expect. I mean, it's interesting because I've reported internationally as well. And it's not that people want to talk about trauma or things that have happened to them, but they understand why it's important to bring these issues to light. I think a lot of people at this point, they've been living with this story. I think one important thing to say is that, stories some journalists see happening on native nations across the United States, and we might think that that's new — that's not new to the people who [they] are covering, they've been living with this for decades. I think that's something I try to be sensitive to as well. I had to do a lot of explaining to sources of how the timeliness of this story, with RECA sunsetting and why it's important to bring these stories back to light.

GOLDSTEIN: That is Wudan Yan. She is the writer behind this High Country News story we've been discussing. Headline, "Fallout: First cancer, now delayed compensation for Indigenous downwinder communities." Wudan, thanks so much for the time and stay well.

YAN: Thank you. Thanks for having me.