Download mp3 (6.73 MB)
Coverage of aging is supported in part by AARP of Arizona
Kathy Ritchie/KJZZ
Robert Booker survived the HIV epidemic, now he is watching the current pandemic unfold. He sees some similarities in terms of government's response to the virus.

For some LGBTQ elders who are HIV positive, what’s happening now with the coronavirus is a little like déjà vu. In the early 1980s, it was the AIDS epidemic that regularly led the evening news. Today it's the coronavirus. So, is history repeating itself?

Robert Booker is an artist and activist. He was diagnosed with HIV in 1989.

"So for those of us in the early days, and that lived through it, our memory is quite clear about what happened at the federal level," he said.

Booker is talking about President Ronald Reagan’s response to the AIDS epidemic.

Reagan made his first major speech about AIDS in 1987 — more than six years after the Centers for Disease Control and Prevention published a study about a rare lung condition that would later become known as AIDS.

"Where the White House is talking about it being a big flu, that it will be gone in a moment, that suddenly one day it will evaporate," he said. "We see those messages coming out of the White House now and it simply reminds us of the pain we felt when no one was paying attention to it."

Because back then, the narrative was that the virus primarily impacted gay men, and so a lot of people didn’t think they could ever be infected with HIV.

"But for the COVID-19 you know, it's certainly a virus that doesn't discriminate," said Cecilia Chung. Chung is with the Transgender Law Center in Oakland, California. Cecilia is a trans woman who lived through that HIV epidemic.

"I think that it's really important to also recognize that in addition to gay and lesbian people, and transgender people, people of color were also disproportionately impacted by HIV epidemic," she said. "And this is where part of the similarities comes in."

According to the American Society on Aging, black and Latino people in the U.S. are being hospitalized and dying at disproportionately higher rates from coronavirus. The reasons aren’t surprising: Less access to health care and health insurance, trauma, fewer financial resources, underlying health problems, even a lack of family support among some — can mean the difference between life and death.

And older adults who are already living with HIV are at a higher risk of contracting COVID-19.

Glen Spencer is the executive director of Aunt Rita’s Foundation, an HIV/AIDS advocacy organization in downtown Phoenix. He also lived through those early days.

"For those individuals who have already survived one epidemic, and here we are in a different, you know, epidemic. It is particularly challenging for them again, both emotionally and psychologically," he said. "It's like here we go again." 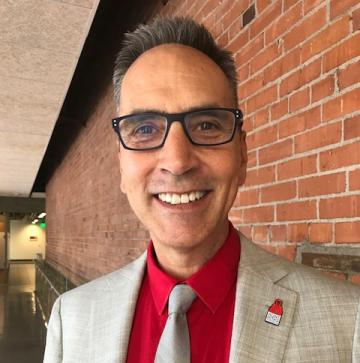 Kathy Ritchie/KJZZ
"I think at the same time, for those of us who did survive that time period, we're reminded of the resiliency of humans to react to this situation," said Glen Spencer.

Actually, Spencer described it as post-traumatic stress disorder. Before effective drug cocktails became available, AIDS was a death sentence. Entire groups of friends were dying. Cecilia Chung says she would sometimes go to three funerals — in a day.

"And then now, once again, we see the body count on TV every night," said Booker.

It's hard to describe what that does to you internally. When you see this repeat itself."

And not just in terms of the politics. But there were other losses and disappointments that many of us now know all too well.

What Booker and the others don’t know is the ending to this story. Because despite the devastation that HIV/AIDS brought with it, it also brought hope and faith in humanity.

And we see that now, in the faces of the people who voluntarily walk into the arena knowing they may not walk out. 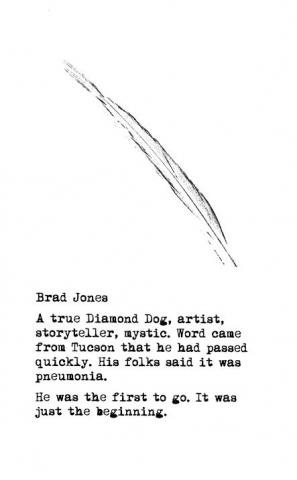 Robert Booker
Robert Booker is an artist and activist. His work describes the many loses he experienced during the HIV/AIDS epidemic of the 1980s. 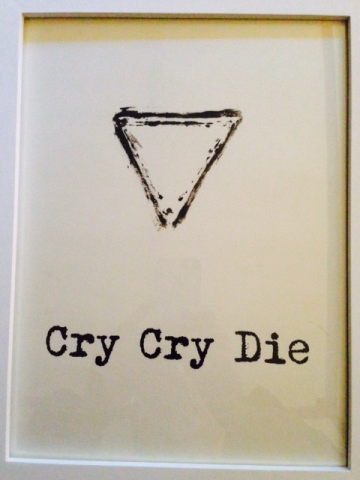 Robert Booker
Robert Booker was involved in the arts scene in Minneapolis during the early days of the AIDS epidemic. He and others used art to communicate what was happening.
Coronavirus Science Aging