STEVE GOLDSTEIN: Gov. Ducey has cleared the way for sports to return by allowing stay-at-home orders to expire starting today. But what exactly does that mean? KJZZ's Phil Latzman has been checking in with Arizona sports organizations to hear how they're planning for the future. And he's with us now. So, Phil, what have you found out?

PHIL LATZMAN: Well, Steve, with the governor's announcement this week, some of our pro teams and college programs are beginning to pop their heads out to survey the landscape of the uncertain playing fields ahead. And we, of course, should be right in the middle of the Major League Baseball season by now. Diamondbacks President Derrick Hall gave us this statement saying he was, "pleased to hear the governor's comments on the state's willingness to allow sporting events in a controlled environment." He also says he's been in constant communication with Ducey on the idea of not only resuming the D-Backs season in Arizona, but perhaps welcoming the other teams to play here if necessary. It's a concept that's been discussed to use the existing spring training facilities in the Valley to play some or even all of the games for the time being with no fans present. He said the Diamondbacks were more than willing to be part of a solution if there's a need for that. Meanwhile, July 4 has been bandied about as a day when the season could begin for a half season of baseball. But nothing official yet.

MARK BRODIE: So, Phil, what about the Valley's other pro teams: the Suns, Coyotes and Cardinals?

LATZMAN: Well the Suns, Mark, say they are still in a waiting period as the NBA figures out what to do with its season. They would be out of the running for a playoff spot if the season ended today, and the NBA would be heading to its conference finals by now. The same goes for the Coyotes and the NHL. The NFL and the Cardinals, who would be in the offseason anyway, had their draft last month. They announced their schedule last week. And there have been no changes yet.

GOLDSTEIN: But Phil, there's one big exception, a pro sports franchise in town that is back on the field, right?

LATZMAN: Yeah. The Phoenix Rising returned to action this week for limited practices to become the state's first franchise to do so. The club is conducting non-contact drills, no more than four players at a time. Only one coach and athletic trainer on the field. Rising general manager Bobby Dulle says because the league houses its own players, it's made the transition to practice a bit easier.

BOBBY DULLE: The majority of our players live together, live in the same apartment complex, condos. So they're together quite a bit. Whether that's heading over the grocery store together or just in their own living quarters. So we group them with the people they're with already.

LATZMAN: And each player has to undergo temperature checks before practice. They must bring their own water bottles, among other safety measures. And Dulle says the team remains solvent, the league remain solvent. They're not in danger of going out of business, but playing games in front of the dedicated group of Rising fans who routinely pack the stadium to cheer the team on — that's still a long way off.

DULLE: Yes, it will be really different to play without fans. And that's that's why we do this whole thing, is the community that the region, the state of Arizona.

LATZMAN: You know, the Rising played only one game back in March before the United Soccer League postponed its season indefinitely. 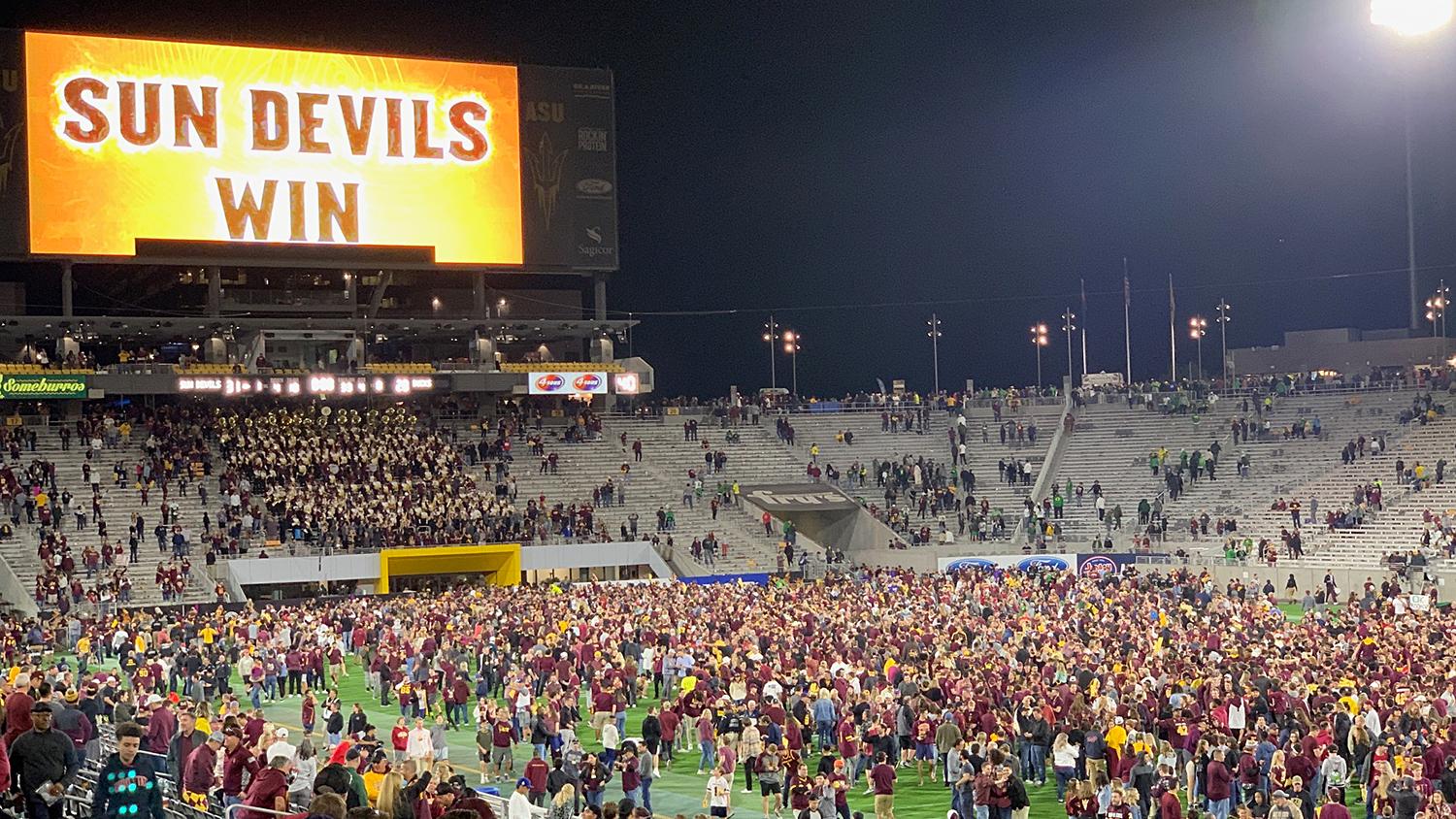 BRODIE: Now, Phil, what about college sports? A lot of people are looking forward to Pac-12 football, for example, but there's still questions about whether college campuses will be open for students, let alone athletics.

LATZMAN: Yeah. You know, the Cal State University system has already announced it's canceling nearly all of its in-person classes this fall. The separate University of California systems, which have three Pac-12 teams, have hinted they might keep students away. So there's no decision yet at Arizona State. We spoke with Sun Devils athletic director Ray Anderson yesterday with the upcoming football season in mind, and he told us this after the possibility of playing games in front of no fans.

RAY ANDERSON: Well, it would be very odd, to be sure. Some of us have been in situations where you've gone to games and for whatever reason, the crowds were sparse. It's not the same environment. It's not the same energy. Very frankly, however, [it] is going to be inevitable when we come back.

LATZMAN: And Anderson says it's a delicate balance, but ASU will air on the side of caution.

ANDERSON: Sports is very important to us. So you want to get back as quickly but as safely as you can. The difference here between us and pros is it's student athletes. The students are first.

LATZMAN: And the University of Arizona has said it will have its Tucson campus open this fall and conduct tests on all students for COVID-19. But it's still not clear how that will affect the Wildcats athletic programs. So it's just a lot. We just don't know about the sports world moving forward.

GOLDSTEIN: Well, I know the three of us miss sports desperately, knowing there are much bigger, important things in the world. But you know, there are only so many Michael Jordan documentaries we can watch.

LATZMAN: I know! ESPN Classic, ESPN U. You know, it's nice and nostalgic, but we need the real thing back soon.

GOLDSTEIN: Absolutely. That is KJZZ's Phil Latzman. Phil, thanks as always. Stay well.

LATZMAN: Guys, have a good weekend.