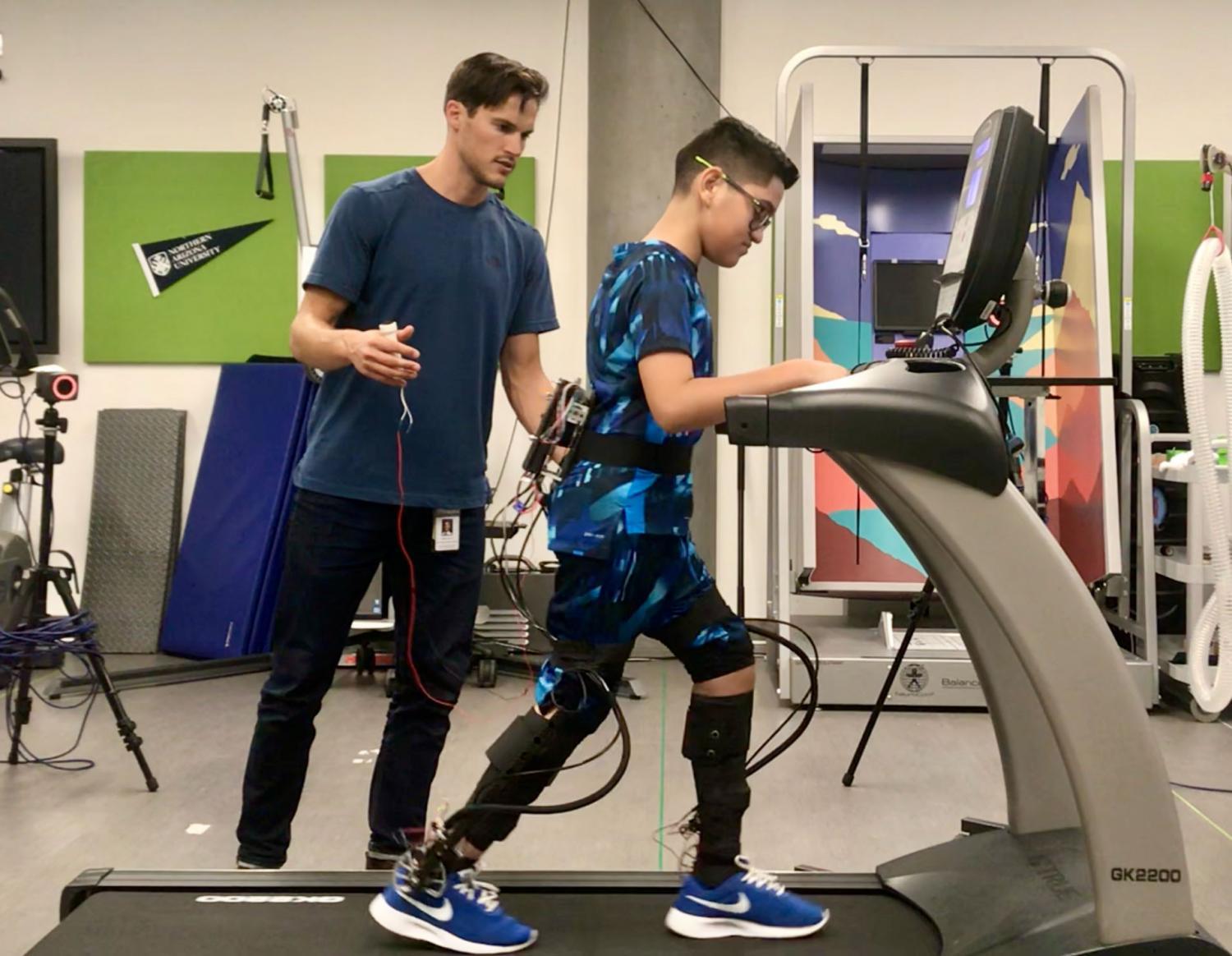 Physical activity is a key part of healthy development, but for children with cerebral palsy, movement is more difficult. That means they can lose mobility as they grow and, in some cases, require a wheelchair.

But an interdisciplinary team at the University of Arizona and Northern Arizona University is using robotics to help improve mobility of those with the movement disorder.

Cerebral palsy is usually caused by an injury to the brain before it’s fully developed. That leads to an altered connection between the brain and muscles, making it difficult to walk.

UA medical student Ben Conner is part of a team that studies the use of robotic exoskeletons. Kids with the disorder wear a wireless control system around their waists and the exoskeleton works with muscles in the legs to propel the body forward and create a more normal walking pattern.

Conner focuses on a feature that resists movement.

“When the kid is walking with our resisted feature, they have to push harder, recruit greater muscular force and they have to do it during the correct time,” Conner said. “We’re not asking them to push off harder when their leg is in the air, we're doing it when it would be appropriate for them to push off.”

The resistance level is increased over time, as kids adjust to it and Conner said preliminary results are promising.

“After 200 minutes of training over four weeks we had significant improvements in how strong the kids’ legs were, how well their muscles fired, the amount of energy it took them to walk was lower — meaning they could end up walking for longer,” he said.

The team has also received positive feedback from parents who say their kids’ physical therapists notice the difference. Once the exoskeleton has been perfected, the goal is for kids to take them home and train in other environments like playgrounds.

“They’re smiling, they’re gaining confidence in their own abilities and it’s pretty rewarding to be a part of that,” Conner said.