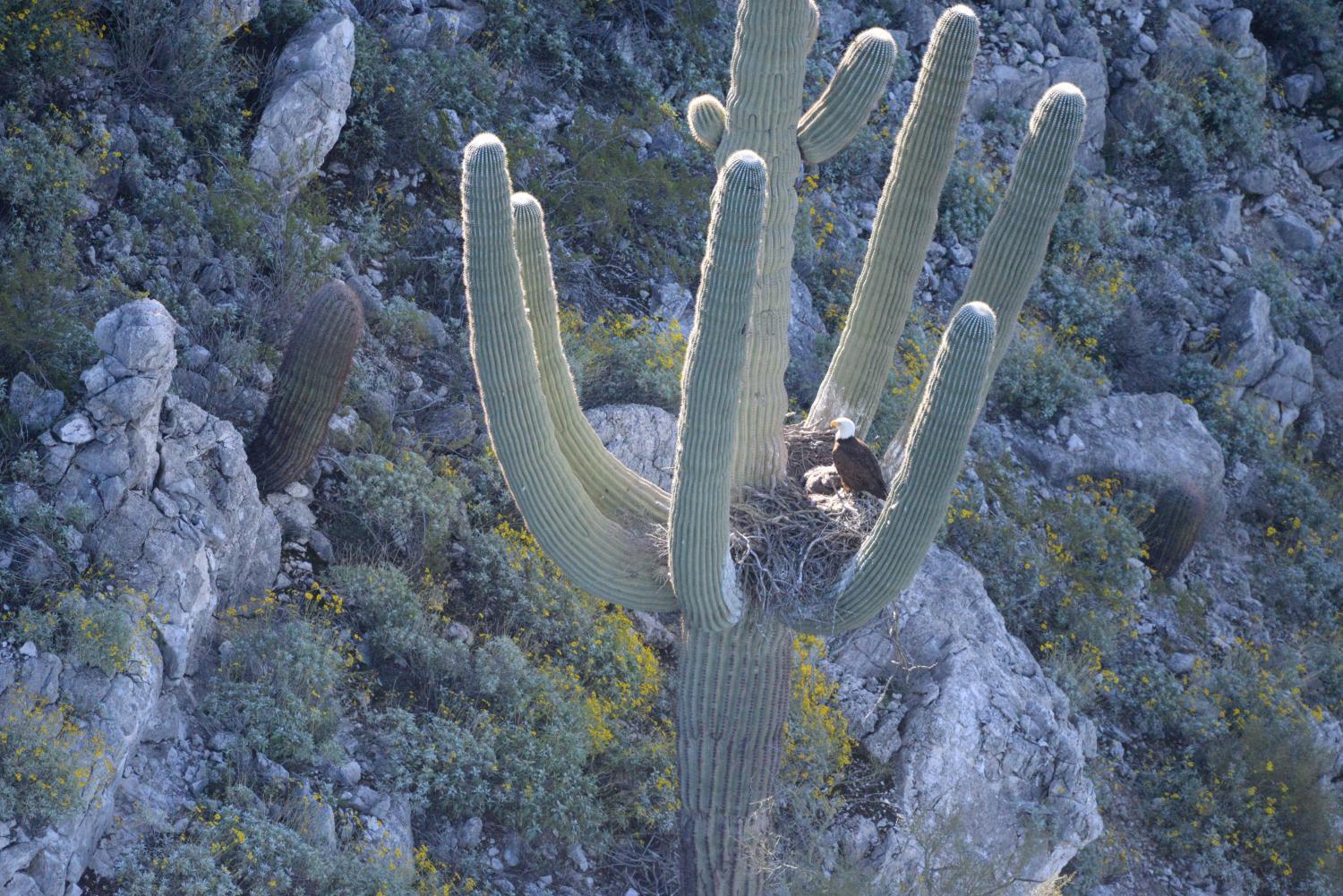 The Arizona Game and Fish Department is celebrating a unique Arizona wildlife sighting. A pair of bald eagles have been discovered nesting in a saguaro cactus.

Rumors about bald eagle nests in saguaros go back to the 1930s, but this is the first time the Arizona Game and Fish Department has been able to officially document the birds raising their young in one of the iconic cacti. Kenneth Jacobson, the department's bald eagle management coordinator, said he was thrilled by the discovery.

“It was a bit surreal to finally see it after so many years of looking for it,” Jacobson said. “It’s a testament to our bald eagle population’s growth over the years.”

Jacobson said there are more than 90 eagle breeding areas in Arizona this season. That’s up from a low of only 11 in the late ’70s. Bald eagles tend to reuse nests, so Jacobson said he hopes to see this pair back again next year.