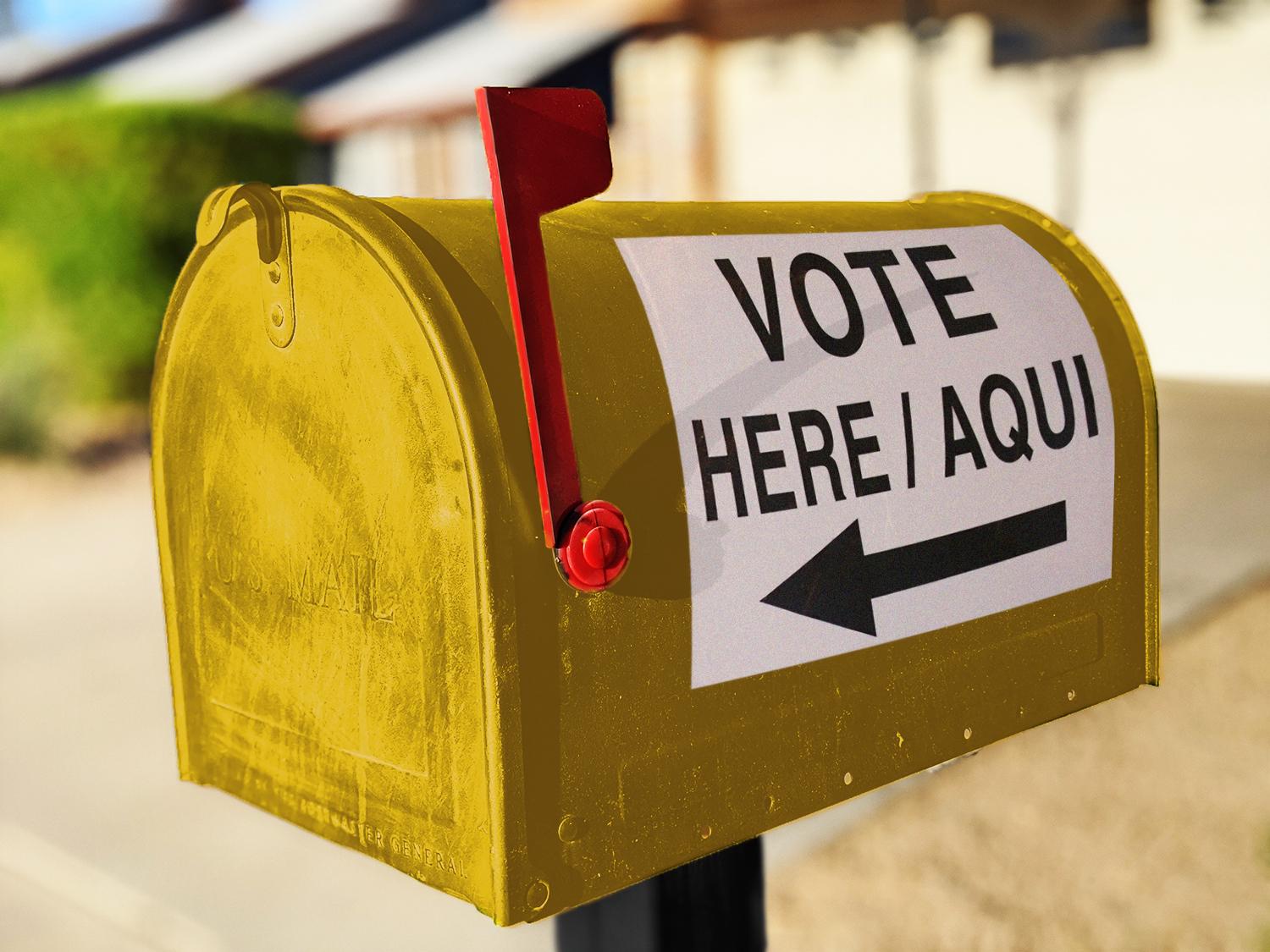 The chaotic election in Wisconsin a week ago offered a cautionary glimpse of what voting could look like in Arizona’s upcoming elections.

But Arizona Republicans, who’ve waged a war of words against mailing ballots to voters in this state and across the nation, have ignored or dismissed warnings from local election officials.

In editorials published in the Arizona Republic, legislators like Rep. Shawnna Bolick wrote that mailing more ballots lends itself to “fraud and confusion.” President Donald Trump has claimed the same on Twitter.

Mail in ballots substantially increases the risk of crime and VOTER FRAUD!

Republicans argue that Arizona’s can already choose to vote by mail if they prefer, but that taking away polling places, even temporarily, is some kind of Democratic scheme — a partisan ploy taking advantage of the COVID-19 pandemic.

Trump took it a step further, tweeting that Republicans would suffer at the polls if ballots were mailed to all voters.

Bipartisan election officials in Arizona say such arguments are ridiculous, and always have been, even under normal circumstances.

Jen Marson, the executive director of the Arizona Association of Counties, said when it comes to voter fraud, the few attempts to game the system are just that: attempts.

It’s What The People Want

A national study of elections between 2000 and 2012 by News21 found only 491 cases of voter fraud using absentee ballots, ballots that are mailed.

Experts acknowledged that there’s more potential for fraud with absentee voting, but that the finite rate of election-fraud cases means it still poses no threat — and it’s easier to catch.

Arizona officials check early ballots using a signature verification process. That ensures the person who signed the envelope is the voter the ballot belongs to.

Republican claims that calls for mailing ballots are partisan also ignore that Arizona’s election officials, Republicans and Democrats alike, have spent years asking the Legislature for the authority to conduct elections only by mailing ballots.

Marson has spent the better part of a decade pushing a bill that would let counties, if they choose, mail ballots to all voters instead of operating election day polling places, on behalf of bipartisan election officials. 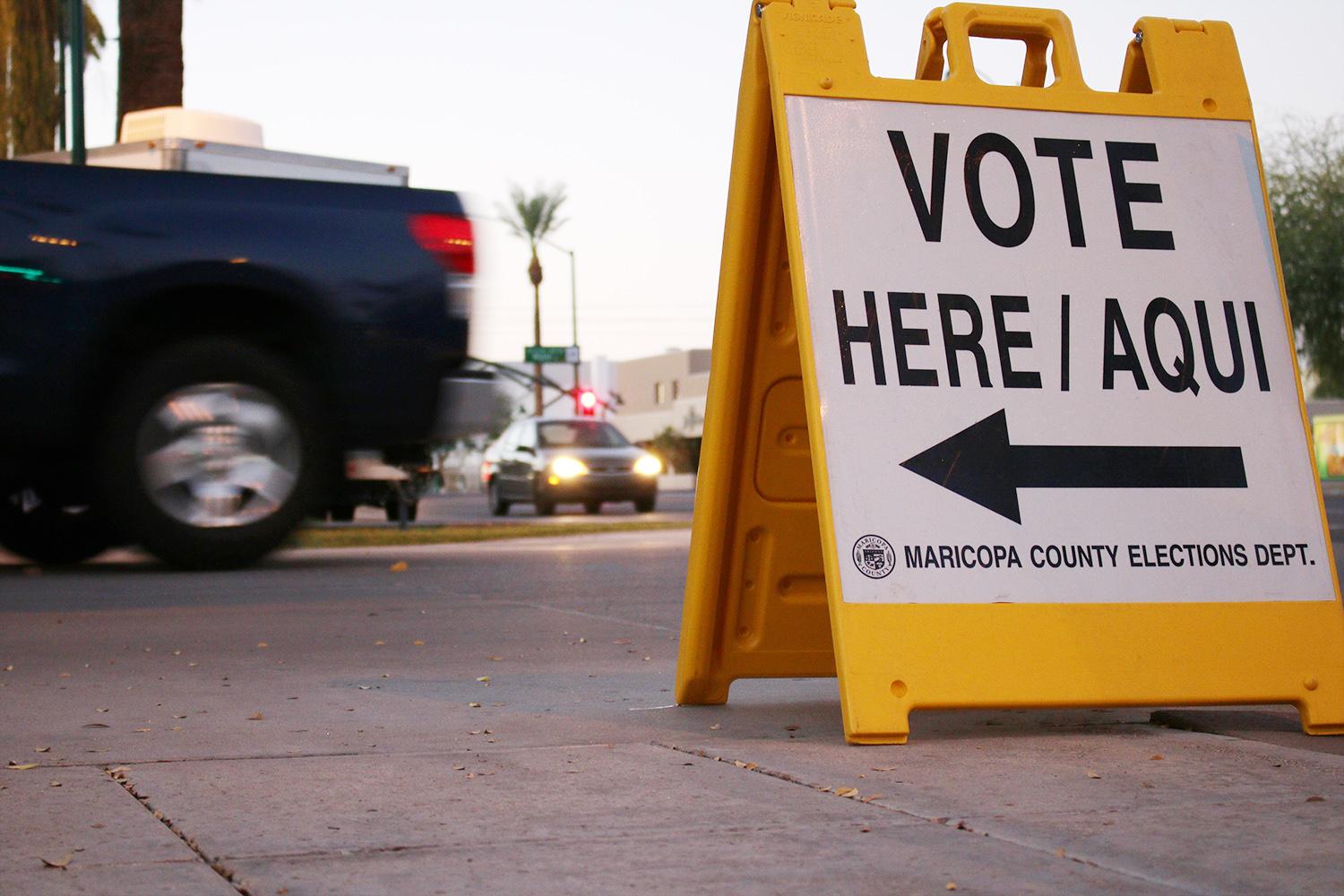 Jackie Hai/KJZZ
A sign outside one of Arizona's voting locations in 2016.

The Republican-controlled Legislature has rejected or ignored those proposals, even though Marson said voting by mail is what voters want.

“Yavapai County is a great example,” she said. “They are a staunchly red county in terms of their voter registration. And I think they're upwards of 80% of their registered voters are on the permanent early voter list or the PEVL.”

In normal circumstances, it’s not a problem that a fraction of voters still want to cast ballots in person.

In a pandemic, recorders say that Republicans who argue they’re defending someone’s right to choose how to vote are ignoring the public health risks.

In response to Bolick's op-ed, Pinal County Recorder Virginia Ross and Cochise County Election Director Lisa Marra wrote to the Arizona Republic, noting that voters can still choose to cast a ballot in person even if everyone is mailed a ballot. What matters is operating polling sites the day of the election.

And David Stevens, the recorder in Cochise County, worries the challenge could be even greater this year if election day staff — typically older and retired — are too scared to help.

“We could potentially have an issue where they don't show up to work on Election Day with concerns of their health,” Stevens said. “And then at that point, what do you do?”

"We could potentially have an issue where they don't show up to work on Election Day with concerns of their health. And then at that point, what do you do?"
— David Stevens, Cochise County recorder

Last week's election in Wisconsin showed how bad it could get. Voters waited hours in line to cast a ballot, risking their personal health and the health of others to do so.

In Milwaukee, where officials had planned on operating 180 polling sites, they could open only five. Even that took the help of the National Guard.

F. Ann Rodriguez, the recorder in Pima County, said it may be difficult to find community centers and churches willing to host the election this fall.

“Why would they open up the facility to do polling locations. They're not even conducting church services,” she said.”You see where I'm going with this logic? Pretty soon, you're not going to have any locations that are going to be willing to open up an area.”

Republicans Get Elected By Mail, Too

“Cause the truth of the matter is, if they were to go look at the election votes on the canvas. They're getting elected by people by voting by mail,” she said.

Rodriguez said she wishes elected legislators would listen to the experts — recorders like herself, who are also elected.

She pointed to state law, which already allows municipal elections to be conducted entirely with mailed ballots, just not legislative, statewide or federal races. 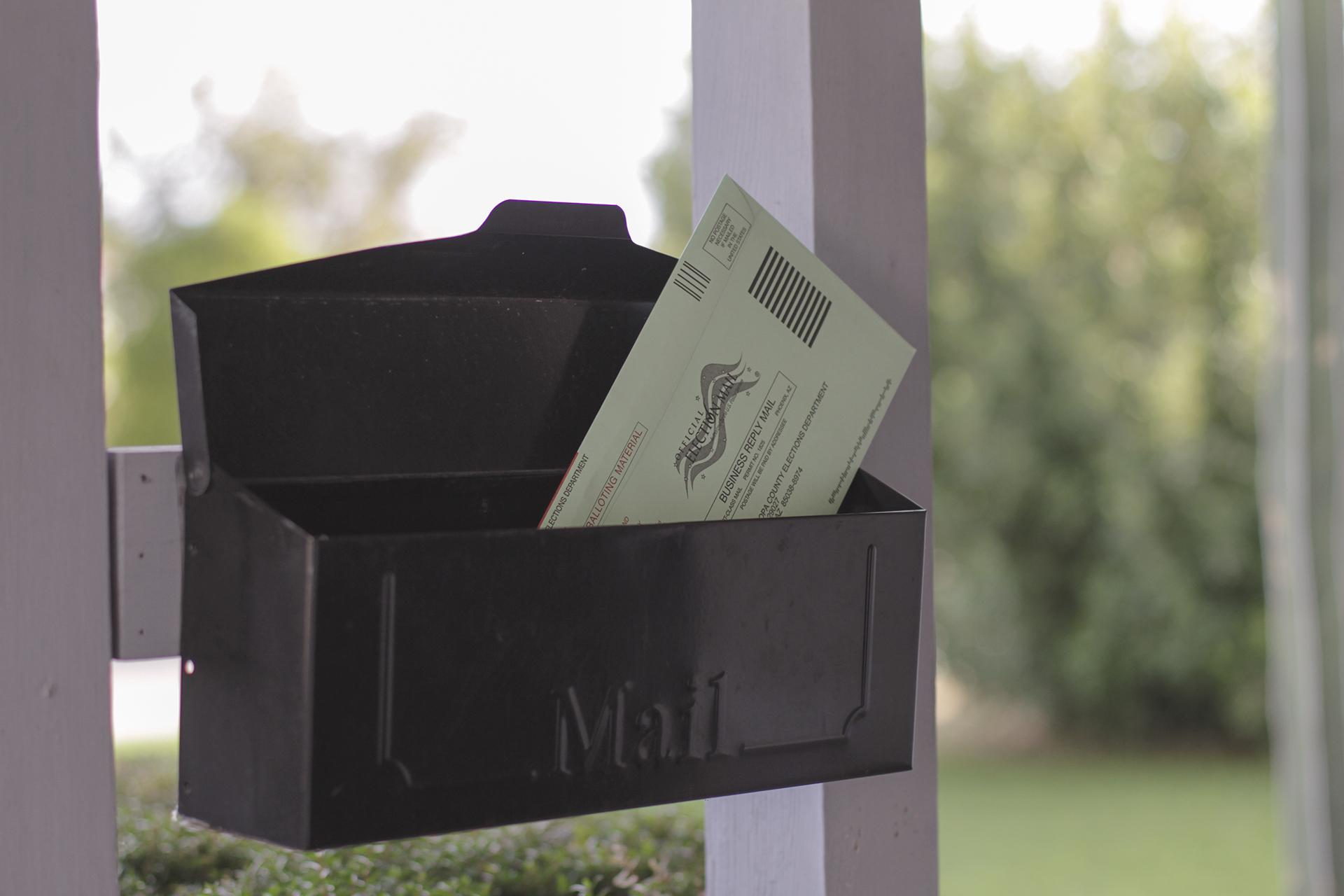 Stevens, who’s a Republican and former state representative, said his old colleagues might come around eventually.

“I am planning on going forward the way we’ve always done it. If the vote was last week, it would’ve failed. It has failed in the past couple of years,” Stevens said. “If the vote is in July, and there's still a health issue, it might pass.”

By then, Stevens said it’d be too late.

Now the Legislature won’t reconvene until May at the earliest.

EDITOR'S NOTE: The story has been updated to correct the date of the primary.