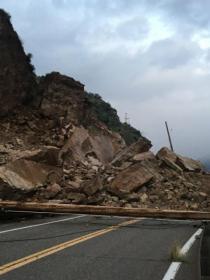 The department says debris at Milepost 242 is blocking access between Roosevelt Lake and Apache Lake.

Crews are working to remove the earth and rocks, but ADOT has no estimated reopening time.

A separate section of State Route 88 between the Fish Hill Creek overlook and the Apache Lake Marina turnoff remains closed indefinitely due that occurred last year from flooding out of the Woodbury Fire burn scar.