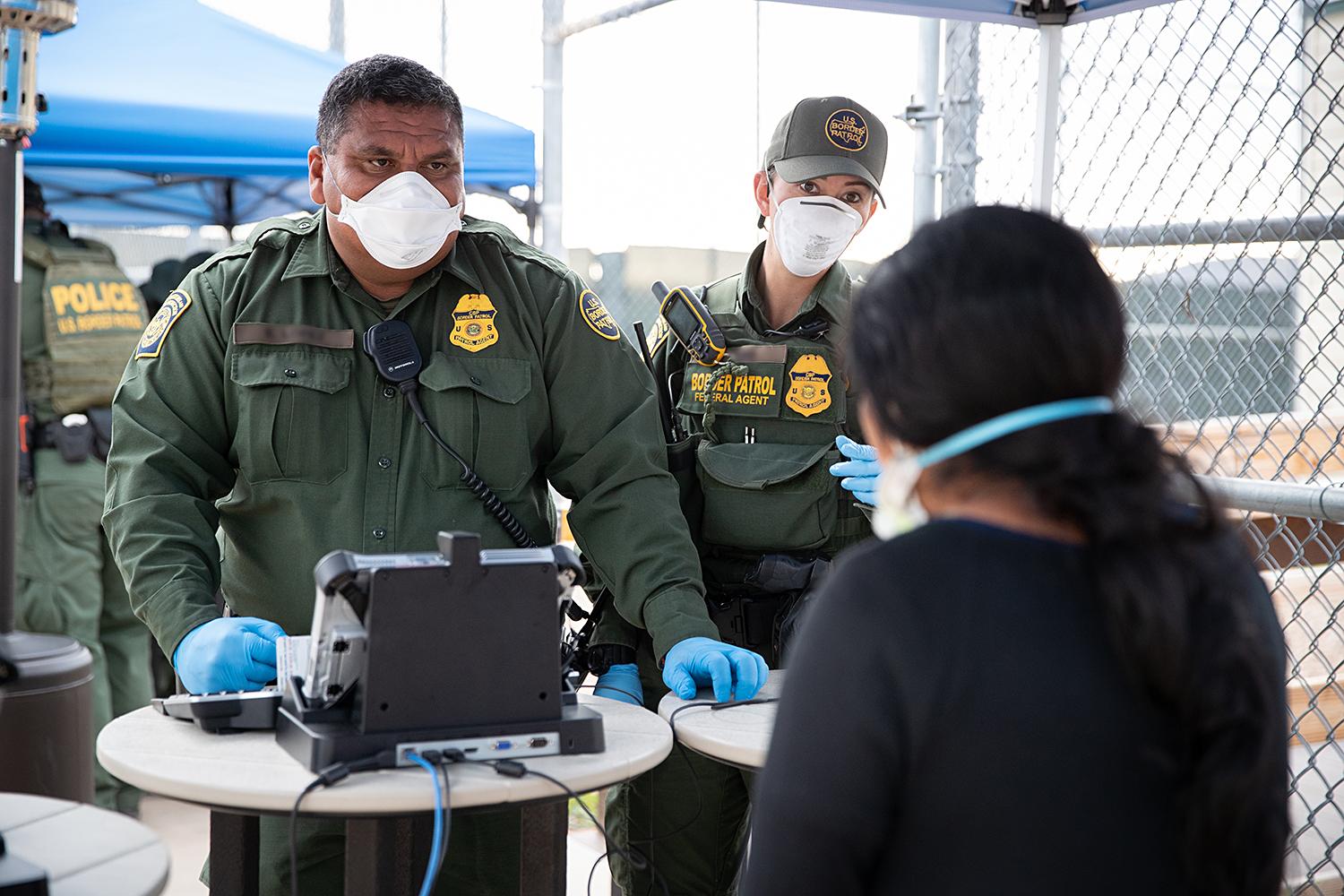 STEVE GOLDSTEIN: As the coronavirus outbreak continues to spread around the world, the Trump administration has ruled out a slew of policies to slow the spread of the disease across the U.S.-Mexico border. That includes closing the border to all nonessential travel, quickly removing migrants who enter the U.S. outside of legal ports of entry and putting asylum hearings on hold for migrants waiting in Mexico. We have Kendal Blust from KJZZ's Fronteras Desk on the line with us to talk more about the impacts the coronavirus and these new policies are having at the border. Kendal, good morning.

GOLDSTEIN: So let's begin with the U.S.-Mexico border closure the Trump administration put into effect last Friday. Tell us more about what this really looks like in practicality.

BLUST: Yeah, well, it's been a lot quieter than usual at the border since the U.S. started restricting all nonessential travel, which is basically recreation and tourism. And that's a big deal for these tightly connected border communities where people are used to crossing back and forth to see family and friends, to go shopping, to work — and where the economy really depends on cross-border traffic. But the border is still open to essential travel, which includes trade and commerce, people crossing for medical reasons, work and school and for U.S. citizens and residents. What's interesting is that Mexican officials have actually refused to call this a border closure. And there's little evidence that they're implementing or enforcing similar restrictions for southbound travelers. And just yesterday, a group of protesters in Nogales, Sonora, briefly shut down the main port of entry, calling on the Mexican government to implement more controls at the border and just generally to take stronger action to fight the coronavirus outbreak.

GOLDSTEIN: So that means a lot of people are still able to cross the border. But what about specifically migrants who want to enter the U.S.?

BLUST: Right. The situation for migrants is really different. As you mentioned, at the top, changes to U.S. immigration policy has made it harder for migrants to enter the U.S. and there are already thousands of migrants and deportees in border cities. Many people are waiting to ask for refuge in the U.S. and tens of thousands of people have been sent back to Mexico to wait for U.S. asylum hearings under the "Remain in Mexico" program. Many of them are essentially homeless and living in precarious conditions that make it really hard to protect themselves from the coronavirus outbreak. And ... groups are also struggling to provide services without putting their volunteers or staff or migrants at greater risk of exposure to coronavirus.

GOLDSTEIN: Let's go back to your mention of asylum seekers waiting in Mexico as part of their Remain in Mexico program. On Monday, the Department of Homeland Security suspended hearings for those cases?

BLUST: That's right. Those hearings have been postponed until late April, at this point. I spoke with Alex Mueller, a lawyer working with migrants in Nogales, Sonora, for the nonprofit the Florence Immigrant and Refugee Rights Project. She said the delay really increases uncertainty and danger for asylum seekers, and especially asylum seekers in Nogales, Sonora, who still have to travel about 350 miles to show up at the border in Juarez-El Paso on the day of their hearings just for a new hearing notice.

ALEXANDRA MILLER: ... which is dangerous for them because that means public transit. That means giving up whatever shelter and resources they have in Nogales with uncertainty in Juarez as many shelters in Mexico are starting to close their doors because of fear of the global health pandemic. Just to get a tear sheet or a new notice.

GOLDSTEIN: But, Kendall, many migrant farmworkers are still being allowed across the border. What does all this mean for the migrants working to keep food on the shelves right now?

BLUST: Right. So, first of all, President Trump has said that border travel restrictions won't apply to farmworkers who cross the border daily from Mexico to work in U.S. fields, including in Arizona. But the U.S. has stopped conducting interviews for temporary workers from Mexico. The State Department has said it will process visas for returning guest workers because U.S. food security and the economy depend on them. But new workers likely won't be able to get their visas processed. And Evy Peña with the binational Center for Migrant Rights says that leaves those migrants stuck, often with debts from their visa applications they hoped to pay by working in the U.S. And she says farmworkers who are allowed into the U.S. also need more protections. Here's Peña.

EVY PEÑA: It's really important. If we're going to talk about the food supply chain and how we need to keep the industry going, we consider the needs of workers who are essential.

BLUST: So she says the U.S. needs better regulations for the health and safety of farmworkers, especially during the coronavirus pandemic.

GOLDSTEIN: From KJZZ's Fronteras Desk in Tucson, that is Kendall Blust. Kendall, thanks so much.