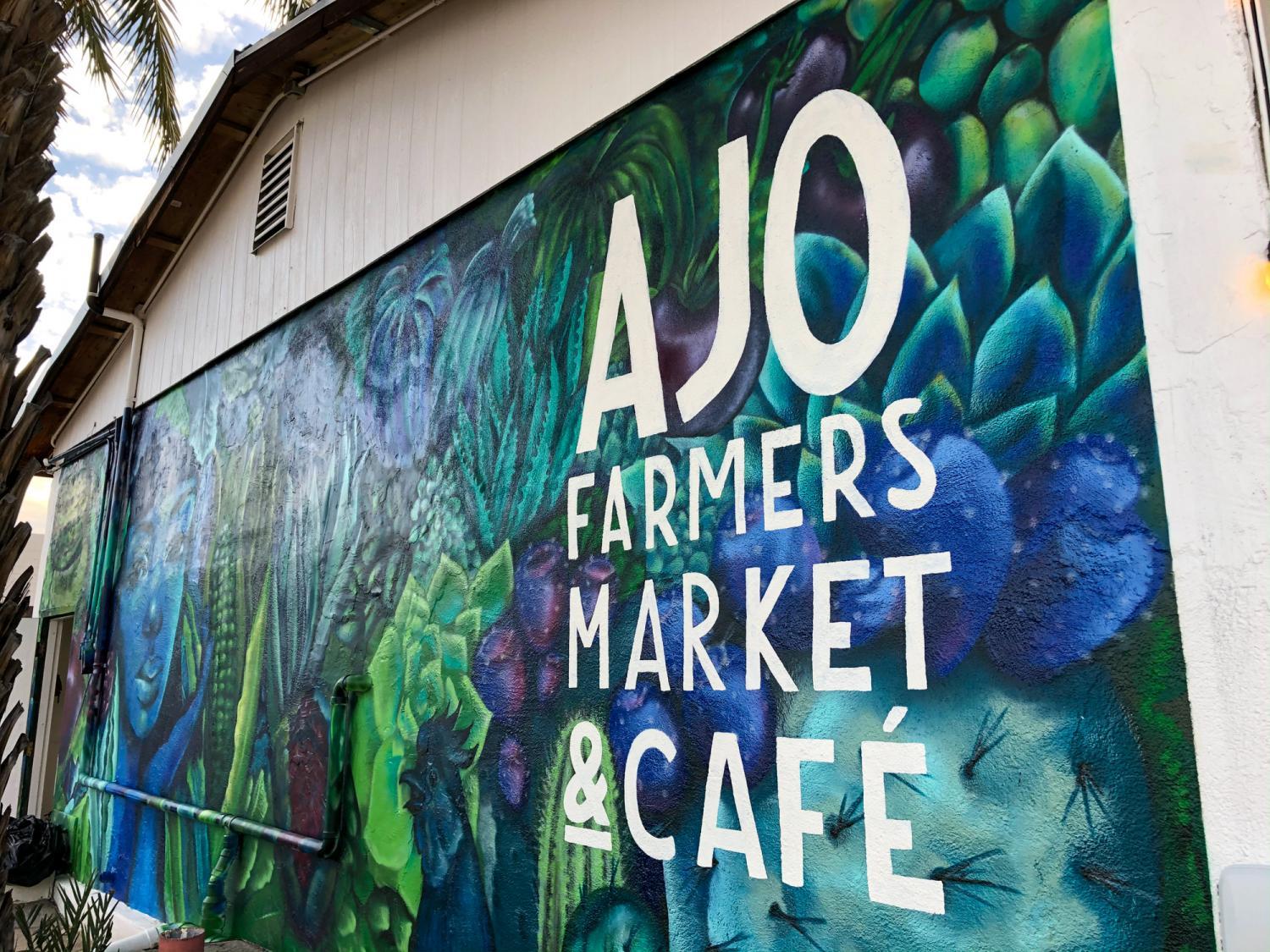 Grayson Schmidt
The Ajo Farmer’s Market and Cafe serves a variety of foods made with local ingredients, and has come a long way from a single table selling produce almost 10 years ago.

In a town where the nearest major grocery store is 80 miles away, local farming is crucial. Take Ajo, Arizona, which until around 10 years ago, fit the description of a “literal” food desert. Sitting on the edge of the Tohono O’odham reservation, a local nonprofit decided to change that label and partnered with members of the tribe to farm both traditional and indigenous crops in the area.

Though despite being a member of the Tohono O’odham tribe, Sterling Johnson admits he was like many locals and did not know anything about traditional crops growing up.

“I didn't grow up eating fresh foods. I grew up on a ranch that didn’t have running water or electricity. So I didn't have the modern stuff kids do now,” Johnson said.

After starting with an apprenticeship program on the reservation, Johnson eventually became a farm manager and mentor at the Ajo Center for Sustainable Agriculture and looks after several urban farms spread around the city of just 3,300. For Johnson, his job doesn’t end with simply growing the crops, it ends when the next generation of farmers understands the history and stories behind them. 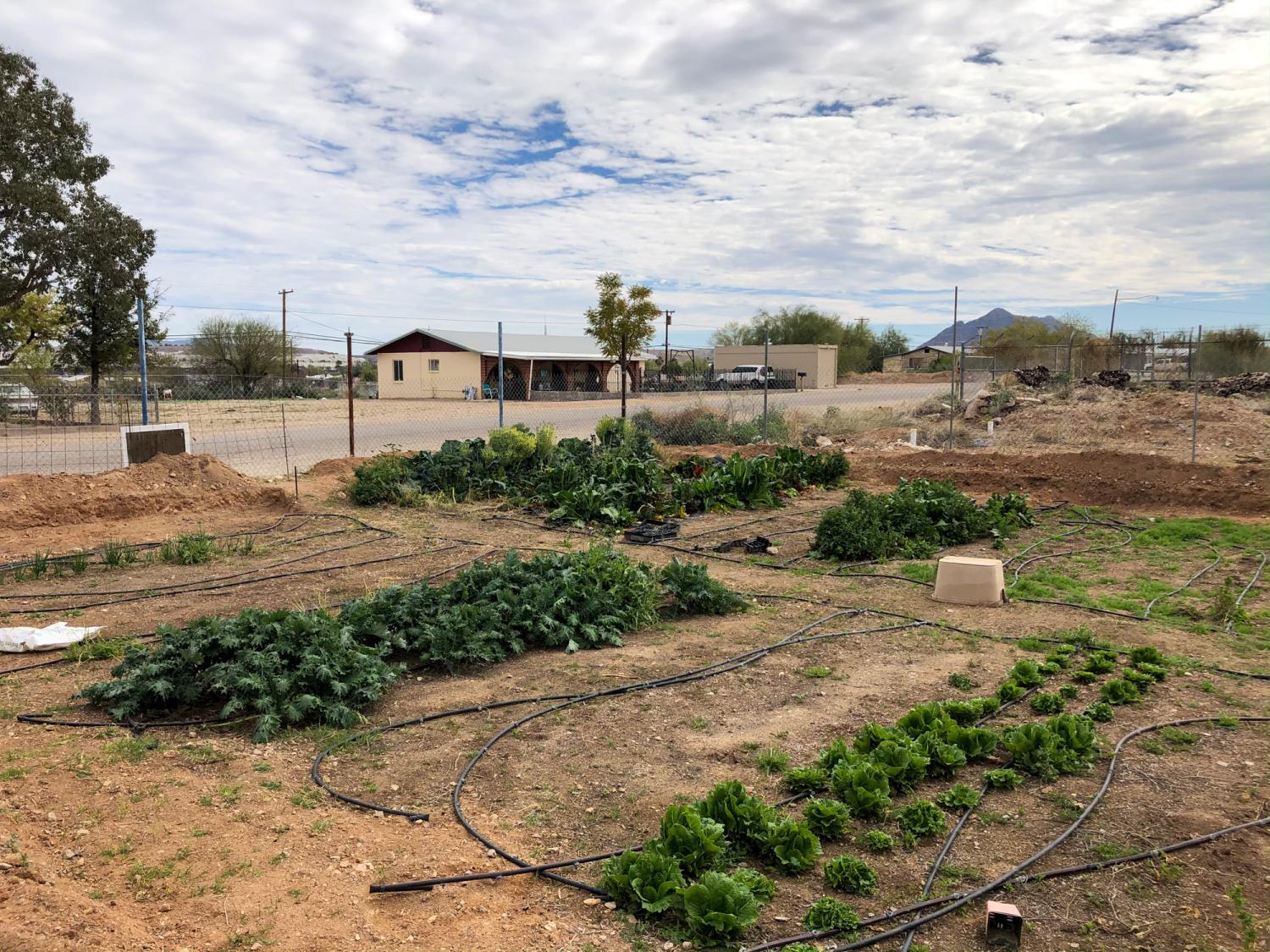 Grayson Schmidt
The Ajo Center for Sustainable Agriculture utilizes several urban farms, like this one on the corner of West Fourth Street and North McKinley Avenue, to grow a variety of native and nonnative crops.

“Our food is our way of sharing our culture,” Johnson said. “Even though they don't know the name, they don’t know the legends about the foods, at least if someone eats it, they had a piece of O’odham history. They had a piece of what is Tohono O’odham.”

The Ajo CSA started a little over a decade ago as a way to not only promote healthy living but also sustainable agriculture, particularly with traditional Tohono O’odham crops like tepary beans, squash and corn. As the founder and executive director of the Ajo CSA, Nina Sajovec has watched the organization grow from a single table selling produce, to a full-fledged cafe.

”When we started 11 years ago, there were some people still growing their citrus and some fig trees, but there weren't really other options for fresh, local or culturally appropriate foods, except driving for two or two and a half hours to Phoenix or Tucson,” Sajovec said.

With its vibrant murals adorning the walls, the Ajo Farmer’s Market and Cafe is hard to miss. The cafe opened last fall, and judging by the crowd on this particular February afternoon, it seemed to be a hit with both tourists and locals.

“We thought of it as farmers opening up the kitchen,” Sajovec said.

The food at the cafe could be described as honestly a little bit of everything. From soups and salads, to burritos, burgers, tacos and meatloaf, the cafe tackles most comfort foods with a native twist. And the person who utilizes those native crops to expand palates is cook Dionne Vega. As an Ajo native, she said she grew up cooking with these native crops and has enjoyed the fact that now she gets to expose other people to her version of comfort food. 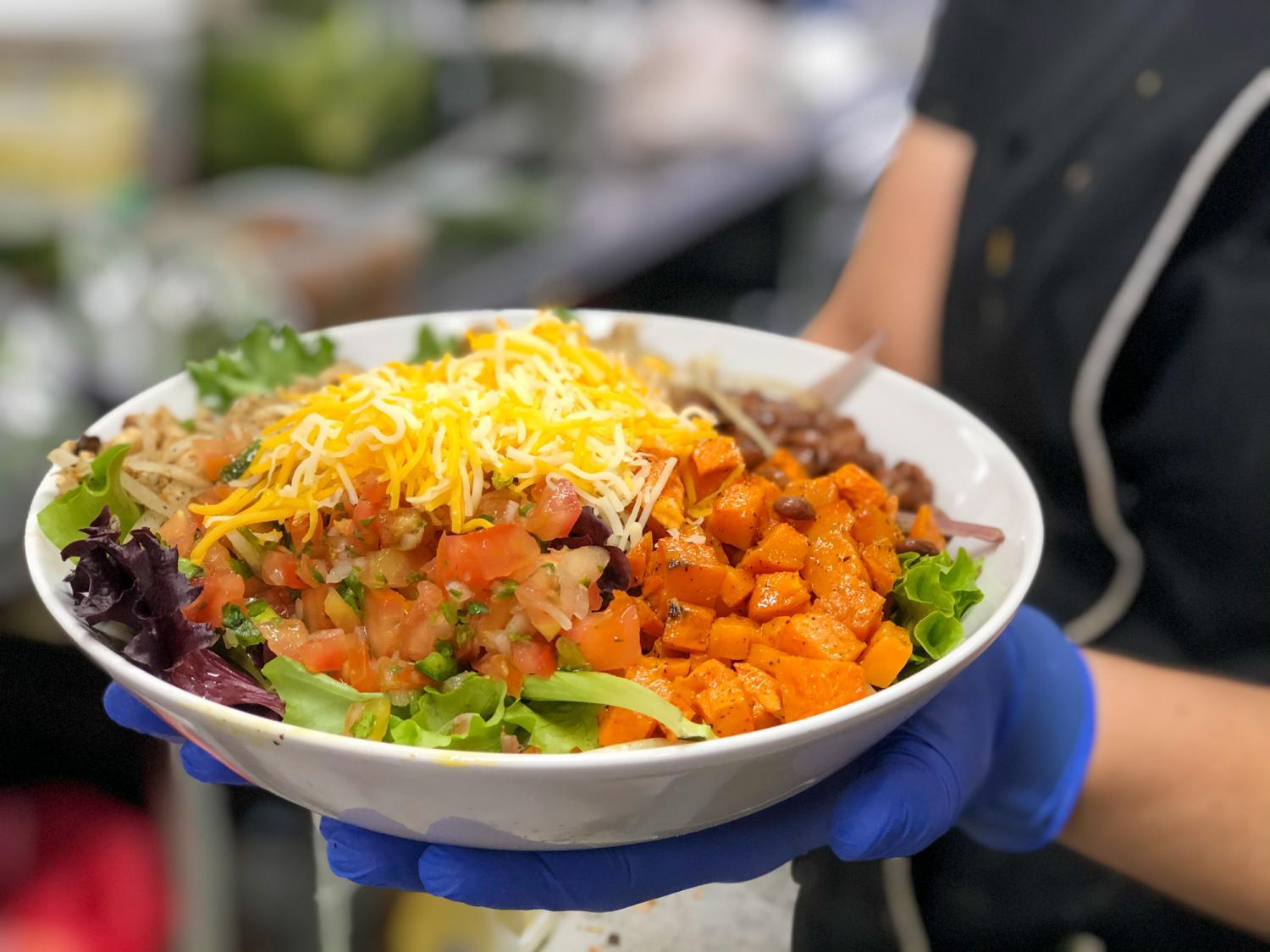 Grayson Schmidt
The Ajo Farmer’s Market and Cafe serves a variety of foods made with local ingredients.

“To have fresh organic produce or ingredients, it makes the food taste much better,” Vega said. “It's so much more nutritious. For me, it's just exciting to be able to get my hands on these crops because you don't see them anywhere else like out of this area.”

Much like the ingredients, most of Vega’s recipes are also not likely to be seen outside of the area. She has taken the traditional tepary bean and implemented it into everything from mac n cheese, chocolate brownies and even hot chocolate.

“I think it's important that we kind of reintroduce these foods back into the community with a more modern flair because people have had McDonald's now like people have had, like, Cheesecake Factory they don't want to eat boiled beans and beef anymore,” Vega said.

Both Vega and Sajovec know that it’s one thing to grow the food and bring it to the table, but that education element is arguably the most important part of the organization. The Ajo CSA has established community gardens around town, but two of note happen to be at both the elementary and high schools.

Sajovec said that both the pre-K through sixth grade and high school clubs have been major hits with students. The clubs have not only helped teach local students a valuable skill, but Sajovec said they have also connected the next generation of farmers to their roots.