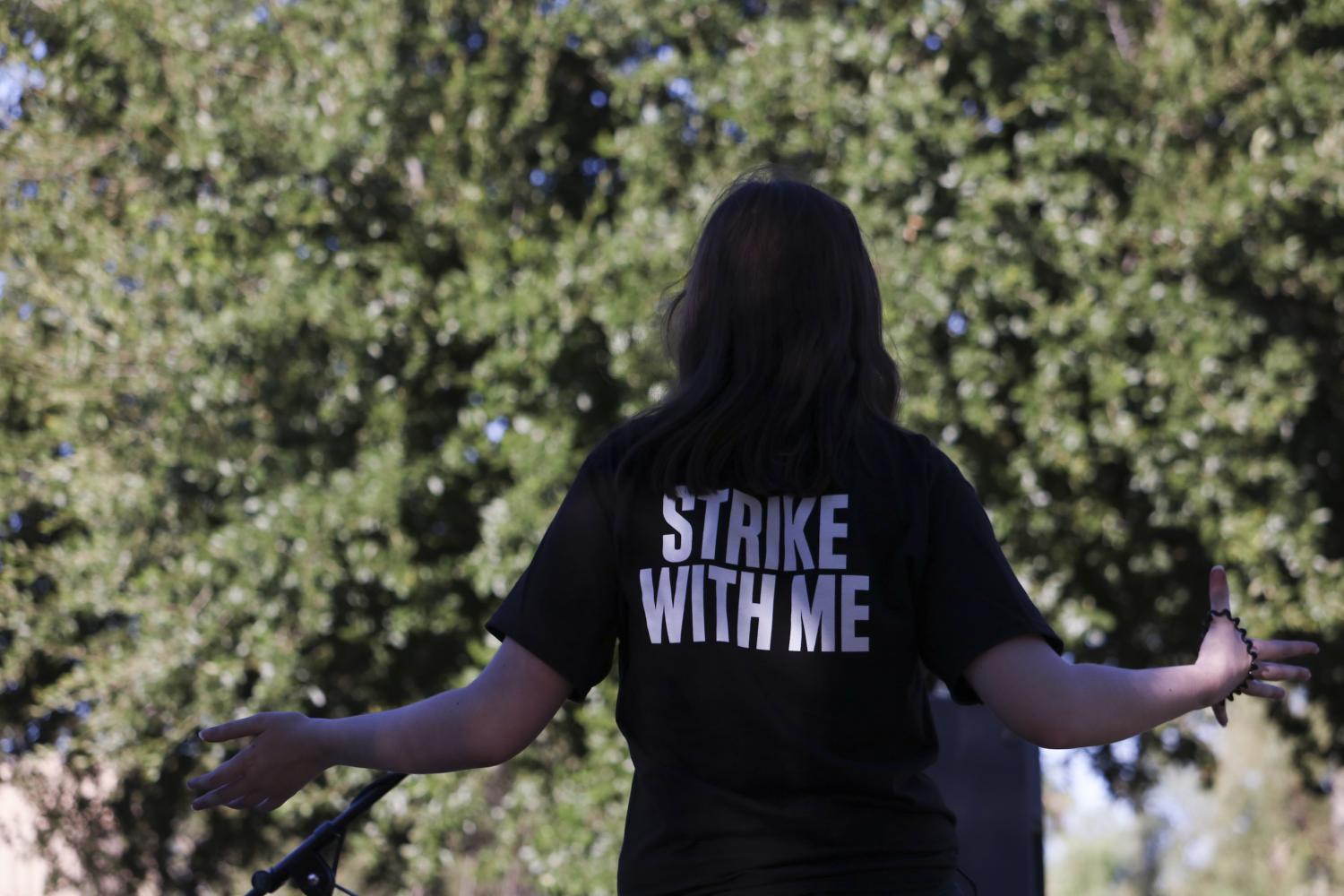 Yesterday, in front of City Hall, a group of climate activists gathered to demand that the City of Phoenix declare a climate emergency. They presented a resolution not all that different from the one the Flagstaff City Council passed last month. It would commit the city to becoming carbon-neutral by 2030 instead of 2050 — and push it to create plans to make that happen.

Declaring a climate emergency, they say, is the first step.

Seventeen-year-old Claire Nelson is a Junior at ASU Preparatory Academy and the co-director of AZ Youth Climate Strike, which has been demonstrating for climate action for the last several years. The Show spoke with her after the event and asked her why she thinks the city must declare an emergency. 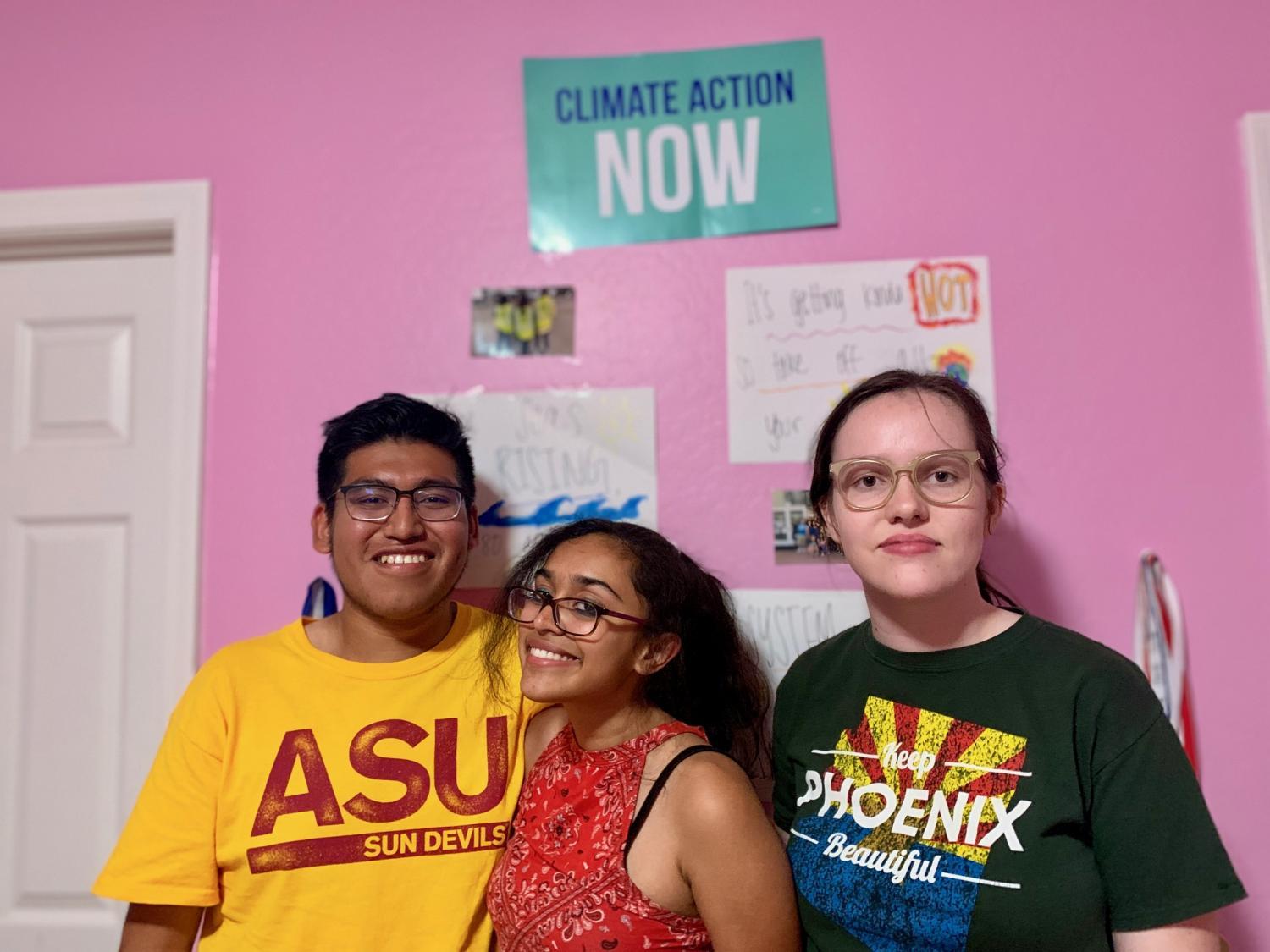 Mariana Dale/KJZZ
Arizona Youth Climate Strike organizers Brian Mecinas, Aditi Narayanan and Claire Nelson have expanded the movement to include new voices. “If you have anything we can improve on in the movement, let us know,” Narayanan said.

The Show also reached out to Phoenix Mayor Kate Gallego's office about this. A spokesperson said in a statement she was not contacted by any of these organizations before their event yesterday and that the city is committed to addressing issues of heat and air quality head on.

The statement said, "Through our emissions reduction efforts, heat mitigation programs like Heat Ready, and our recent induction into the prestigious global C40 Cities network, we have made significant strides toward meeting our ambitious 2050 sustainability goals."