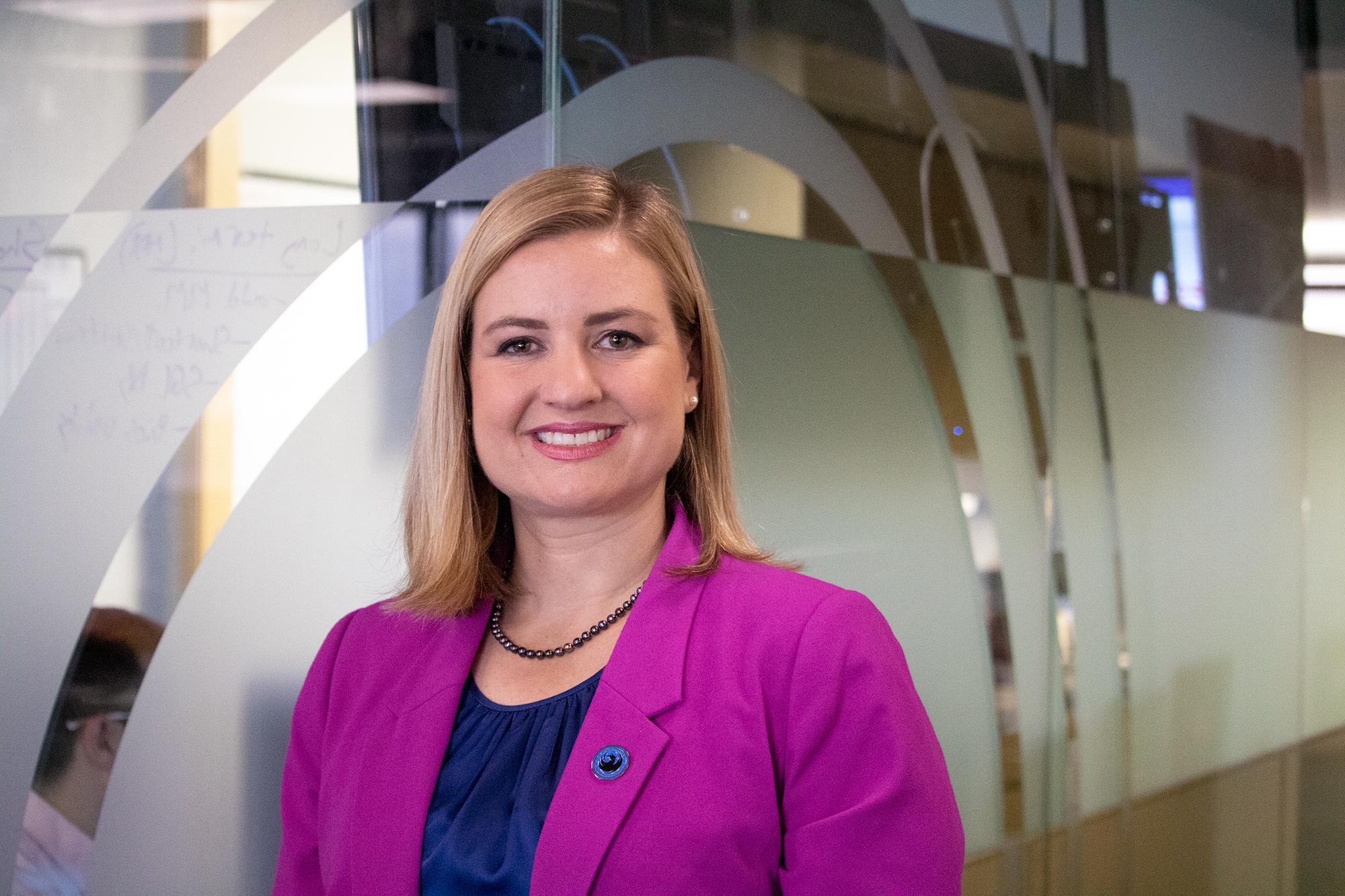 LAUREN GILGER: Phoenix Mayor Kate Gallego says we are experiencing a homelessness crisis in our community. And now, she is throwing her support behind a new plan to add 500 additional beds to the downtown Phoenix shelter — with some stipulations. The mayor announced the decision at a press conference yesterday but not without also calling on the state and other cities to help address the homeless problem on a regional scale. And Mayor Gallego is joining us now to talk more about this. Good morning, Mayor.

KATE GALLEGO: Good morning. Thanks for having me on.

GILGER: Thanks for coming on. So I want to start with this decision to support more beds at the downtown homeless shelter. This came after some time of you not being so sure if that was the right way to go. Why the change of course?

GALLEGO: I believe strongly that the best solutions are smaller facilities that are more distributed, where people can get more individual attention. But I understand that creating that network of facilities is going to take a long time. We have been hearing from our entire community, but particularly folks who are immediately around the homeless service campus, that this is a crisis and they need action from all of their elected officials right now. I am well aware that summer will be here before we want it, and we need to start moving forward with a variety of solutions. So I felt that if I was going to be asking the county and state to step up and do more, we needed to lead at the city. My largest request for this year's budget at the city of Phoenix in terms of new funding would be going towards homelessness. I'm really trying to make it a priority, and I hope that our state legislators, the governor and Maricopa County — as well as surrounding cities — will also step up and recognize this is a community-wide challenge.

GILGER: So so you're supporting this plan to add 500 additional beds at the shelter downtown, but with some stipulations. What are those?

GALLEGO: It's very important to me that we address the fact that this community around the shelter has had very high impacts. So among the stipulations include making sure that the campus will provide good bathroom facilities for people in the community, which is something we hear from the neighbors often. We also want to make sure they have a very robust communications plan, where they will be having quarterly meetings with the community to work out all of the challenges that are surrounding. The plan would include a low-barrier shelter, which would be the first to open and would bring in people who are currently camping in streets, sidewalks and right of way and give them a better — we hope — safer place. Although my goal is always to have real roofs over people's heads. We need to put people in permanent housing, which we know is the key to addressing many, many issues. So the big goal in the long term is we need more affordable housing. But we also understand there is a crisis right now in our streets.

MARK BRODIE: With the additional beds at the shelter downtown, how do you work to make sure that some of the other plans that you would like to go forward — in terms of having more community or neighborhood based facilities — continue to move forward? And you don't have people saying, "OK, well, we've got more beds were good. We don't have to do the other stuff."

GALLEGO: The governor has agreed to convene mayors across Maricopa County to sit down and talk about homelessness. Right now, the city of Phoenix is home to 83% of the emergency shelter beds in Maricopa County, but only 40% of the population. I have asked for his help in making sure that every community has facilities for people experiencing homelessness. Some of our neighboring cities have tried to contract or have successfully contracted for beds in Phoenix. And my message to them is we will do our part in Phoenix, but we need you to step up and find solutions in your community as well. There's research that shows if people who are experiencing homelessness are able to stay where they have a social network and resources, they are more likely to end their homelessness, to get a better result. We also know that more personalized care, better case management helps people end their homelessness. Each individual has a different story, and so they need different resources. And I think that personalized care is also important. Case management is also important. I am glad that I've heard from mayors across the Valley and elected officials from Tolleson to Mesa saying they also want to partner and do more. So I appreciate those who've said that they want to step up. I am supporting Senate Bill 1283, which provides an appropriation for an emergency shelter for older adults in western Maricopa County. There are not good resources in the western part of our county right now for people experiencing homelessness. And so I hope that the Legislature will support that legislation to make sure that we do have more resources closer to the need.

GILGER: Quickly, before we let you go, you also spoke about the need to add to the state's housing trust fund and the issue of affordable housing. What would you like to see there?

GALLEGO: Before the recession, we had the state housing trust fund with a balance of over $40 million dedicated to helping low income families find and keep housing. It now has less than half that. The Legislature did do an appropriation last year. They haven't spent all of it, and the governor's budget currently did not include an additional appropriation. My request is that the state return to the pre-recession funding levels. We have a huge challenge in Maricopa County. Rents are rising faster than pretty much anywhere else. We need to help people keep their housing, and we need to build more housing. So I'm hopeful that our partners at the Arizona Legislature will step up and see that need.

GALLEGO: Thanks so much for having me.