'I Hear What You're Seeing' Pairs Sound Artists With Visual Artists 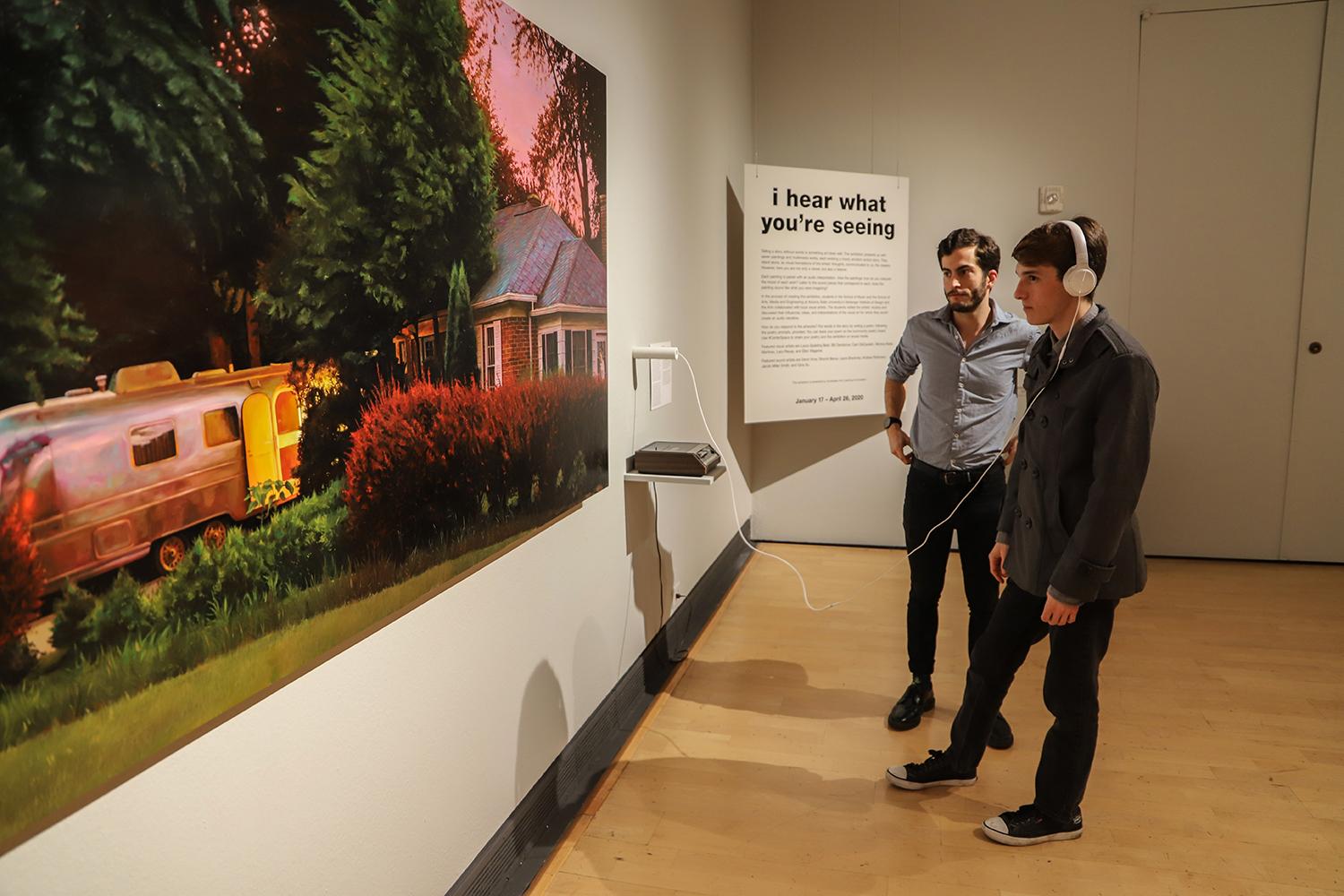 Brian Passey/Scottsdale Arts
"i hear what you're seeing" exhibit at the Scottsdale Center for the Performing Arts.

At most art exhibits, you can look at paintings, photos, sculptures or other visual displays. But it’s generally just that: visual. A new show at the Scottsdale Center for the Performing Arts, though, adds another sense: hearing.

"I’m really interested in the idea of how much art can communicate without words," said Laura Hales, curator of learning and innovation at Scottsdale Arts. "And both visual art and sound art do this. And I was just looking for a really rich experience for our visitors, and I thought, what would happen if the visual art was interpreted by sound artists, so they could see not one, but two interpretations at the same time? And I just thought that might be a really interesting experience for them, and they’d be able to take away more from the work viewing it that way."

The result is the exhibit called "i hear what you’re seeing." In it, seven visual works done by local artists are interpreted by six grad students at ASU’s Herberger Institute of Design and the Arts. Basically, Hales says, she paired visual artists with sound artists to create a kind of soundtrack for each visual piece.

She says this isn’t the only exhibit that combines visual and sound art, but that this one is unique in the number of both pieces and artists involved. The Show met up with her recently at the exhibit, along with a couple of the artists in the show. 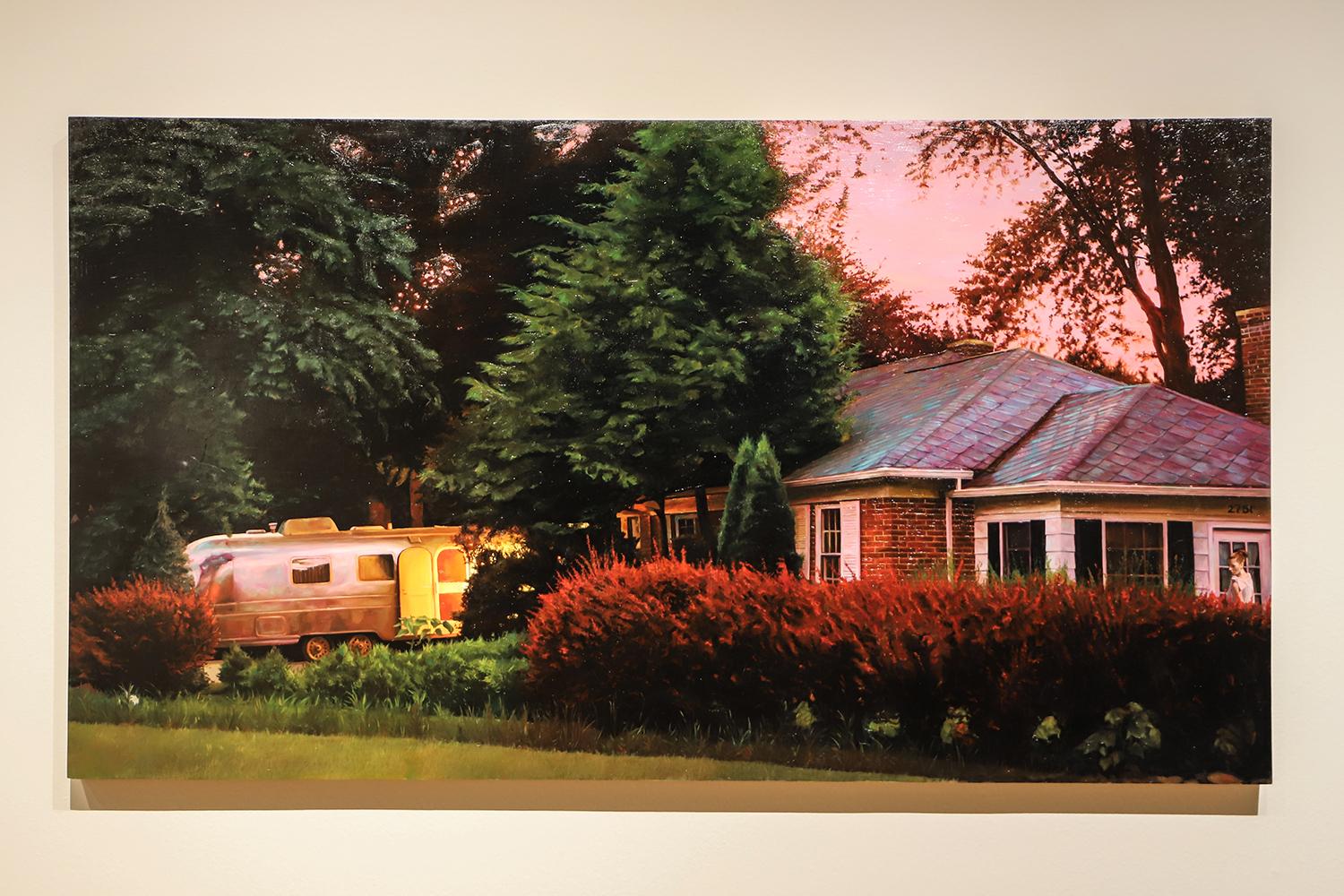 Brian Passey/Scottsdale Arts
"Or so I’m told but how would you fake it" by Phoenix artist Cam DeCaussin.

Right by the door of the gallery as you walk in, is a large painting. It’s called “Or so I’m told but how would you fake it,” and was done by Phoenix artist Cam DeCaussin.

"So what it is, it’s kind of a, I call them suburban landscapes, and they typically depict a mid-century kind of a home, in this case a brick house, with an illuminated Airstream trailer with a woman off to the side, kind of entering into the home," DeCaussin said.

Next to DeCaussin’s piece is a pair of headphones, playing sound artist Shomit Barua’s interpretation of the painting, called "Mermaid Soup is a Bowl of Melted Ice Cream."

"i hear what you’re seeing" will be on display at the Center Space Gallery at the Scottsdale Center for the Performing Arts through April 26.

EDITOR'S NOTE: This story's headline and photo captions have been updated to clarify the location of the exhibit.