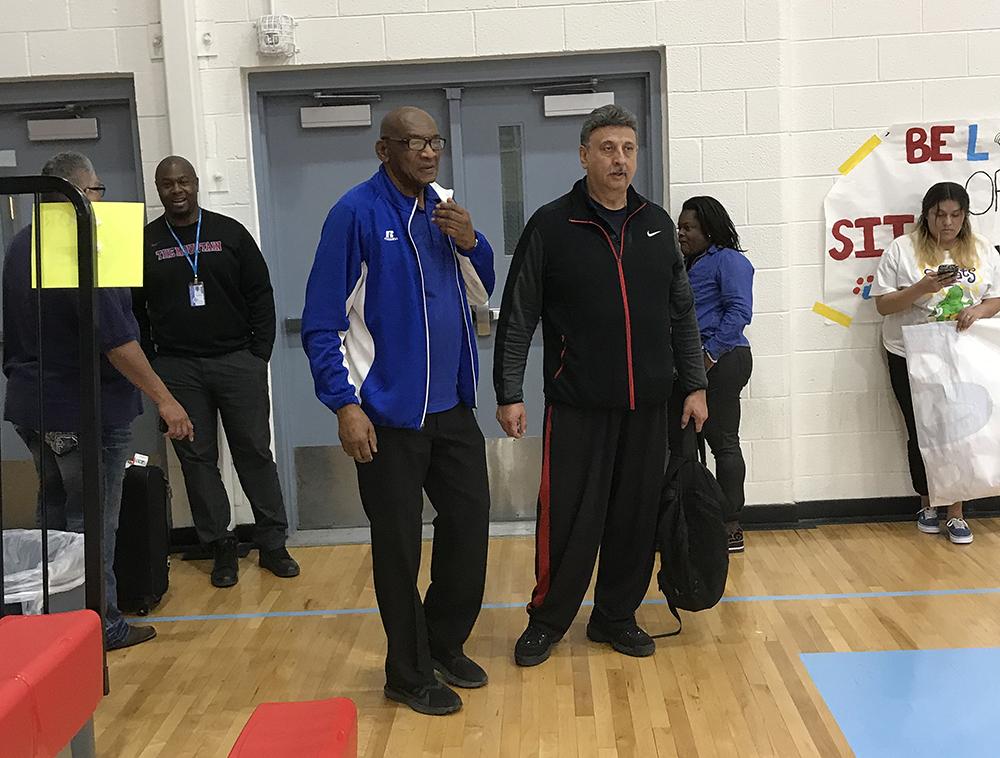 Argie Rhymes is about as Phoenix as anyone can be.

But even he can’t believe how much the place has changed in his 73 years here.

“It’s changed quite a bit. The freeways and everything sometimes I get lost on 'em. They’re adding more buildings and different things and it’s becoming a big city now," Rhymes said.

Rhymes is a product of the inner-city Phoenix Union High School, first as a star player in the 1960s, then as basketball coach at his alma mater.

When Phoenix Union closed in 1982 due to declining enrollment, he took over the boys program at Carl Hayden Community High school, where he’s been ever since.

Along the way, his Falcons won four state titles and Rhymes racked up nearly 800 wins, earning him a spot in the Arizona High School Athletic Coaches Hall of Fame.

Gilbert Lopez was alongside coach Rhymes as assistant coach at Carl Hayden for many of those years.

“What he’s meant for basketball, for not only the Phoenix Union district, but the city and the state and our neighborhood. Our neighborhood, I mean the people from the neighborhood love this man," Lopez said. “He’s changed with the times. I think that’s been an asset. Yeah, he’s gonna retire now — but I think he’s got about 10 years left — you know, but he’s still gonna retire and I’m gonna miss him." 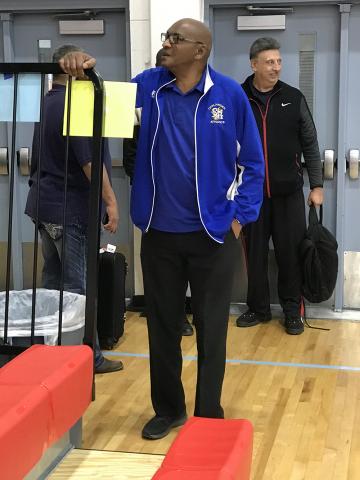 Argie Rhymes is a product of the inner-city Phoenix Union High School, first as a star player in the '60s, then as basketball coach at his alma mater.

And Rhymes knows it hasn’t been easy to change with the times.

"You have to keep your integrity and demand them to go to class and try to make sure they get through school. Basketball is just part of life," Rhymes said.

A part of life that has become busier and filled with distractions for his student athletes.

“I believe that success in life is to be able to get out and work and to be able to take care of your family and be an outstanding citizen and nowadays they have so many things that pull you the opposite way," he said.

He’s coached hundreds of players, including more than 20 of his own family members.

“They have to follow the rules just like everyone else and it’s probably worse for them since they know what it’s like if they don’t tow the line,” Rhymes said.

Senior forward Terrance Green confirms there are no free rides, even with grandpa on the sidelines.

“People got a lot of higher standards for me. Every time I do something, people are like, ‘your grandpa’s Argie Rhymes,’” Green said.

He understands that it’s only tough love.

“But we know he’s just doing it to make us better. It’s been great. He’s taught me a lot — basically everything I know. He’s been like a father figure to me," Green said.

Watching him coach his final game is Katherine Russell, an educator at South Mountain Academies, who took time to thank Rhymes for his dedication to his profession and his pupils.

“You can’t even put it into words. Because there’s many people that I know, that I’ve seen under him, he’s made them a great athlete — and not only great athletes but great men. And that’s what counts,” Russell said.

"You can’t even put it into words. Because there’s many people that I know, that I’ve seen under him, he’s made them a great athlete — and not only great athletes but great men. And that’s what counts."
— Katherine Russell, an educator at South Mountain Academies

Rhymes has also spent more than 40 years in the classroom as a teacher — and as he leaves the profession, he’s been proud to watch the Red for Ed movement bloom, fighting for more money for teachers and classrooms alike.

“They still need to do more, especially in the classrooms, helping the kids and the teachers salary. We still have a lot to do in Arizona to catch up. And I think we’re going in the right direction," he said.

Rhymes coached his last game for Carl Hayden High School last week, his Falcons falling in the first round of the state’s postseason tournament.

But he’ll stay on the school as a substitute teacher. And his accomplishments on the basketball court and in the classroom will live on the gymnasium that now bears his name.