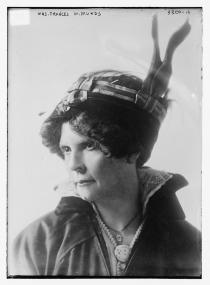 Nearly 100 years ago, a decades-long effort to get women the right to vote became a reality.

And for Arizona Statehood Day on Friday, government officials and historical enthusiasts gathered at the state Capitol Museum and wore period clothing for an exhibit celebrating women’s suffrage.

Debbie Hanson dressed as Arizona suffragist and former lawmaker Frances Munds who was one of the first women elected to the state Legislature. "Most people have no idea just how extraordinary their effort was. It took them 72 years to accomplish this and the whole time they were cobbled and hindered by not even having the vote," she said.

Both Dombroski and Stewart appeared on the Season 2 opener of "Word," a KJZZ podcast about the literary arts in the state and the region, to discuss why revivifying the spirit of the publication online felt necessary in the 21st century.