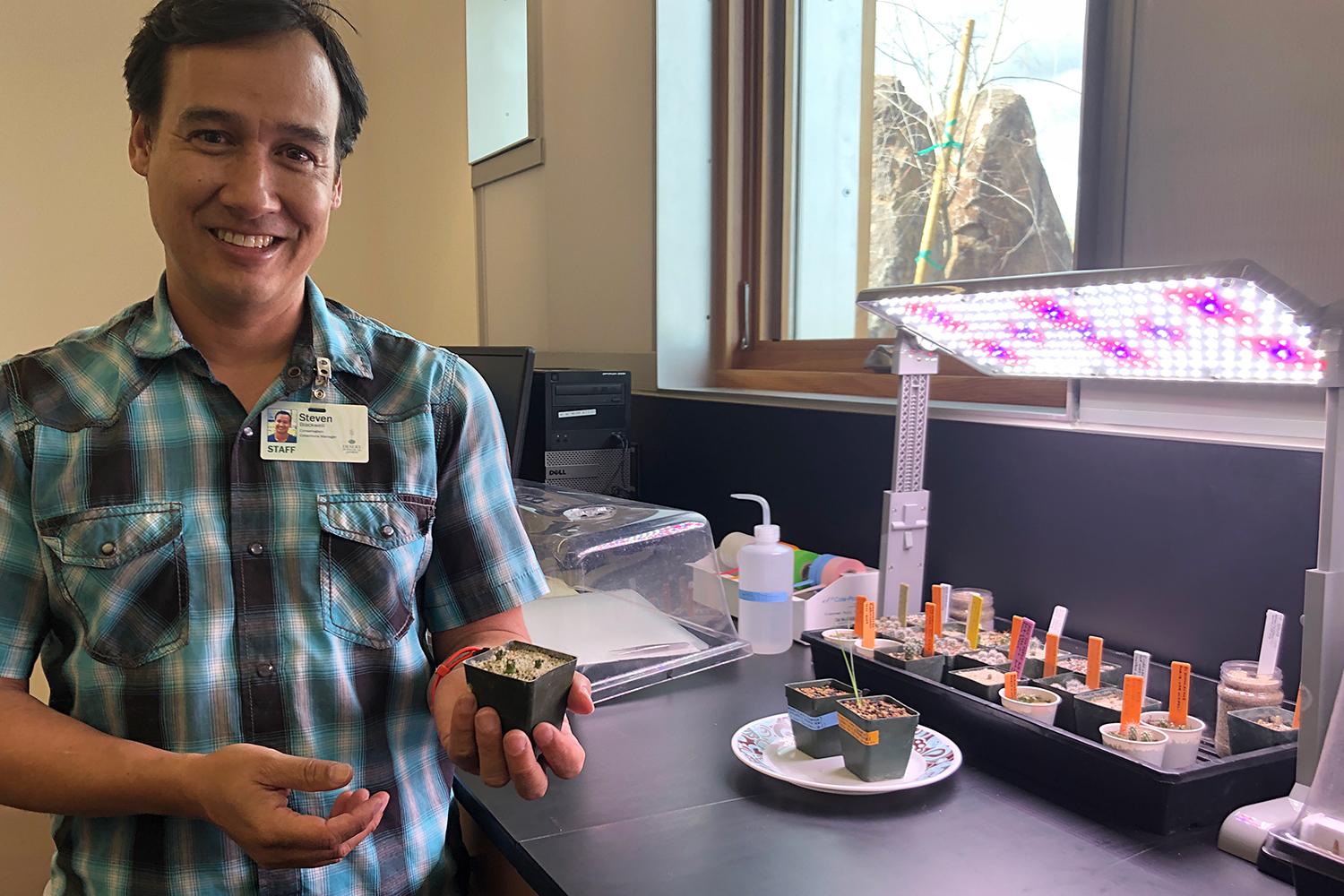 When you think about endangered species, you might think about pandas in China or the Siberian tiger. Here in Arizona, we hear about efforts to keep the jaguar alive, as well as the Mexican wolf.

But plants are endangered too. In fact, as a recent article in Forbes points out, there are more than 800 plants found only in the U.S. that are listed by the federal government as endangered species. Here in Arizona, it says the most endangered is a little barrel cactus called the Nichol’s Turk's head.

For more on that particular cactus and why endangered plants should matter to us all, The Show went out to the Desert Botanical Gardens in Phoenix to meet Steven Blackwell. He’s the Conservation Collections Manager there. In the lab where Blackwell works, he’s growing the Nichol's Turk's head and many other forms of endangered Arizona plants.