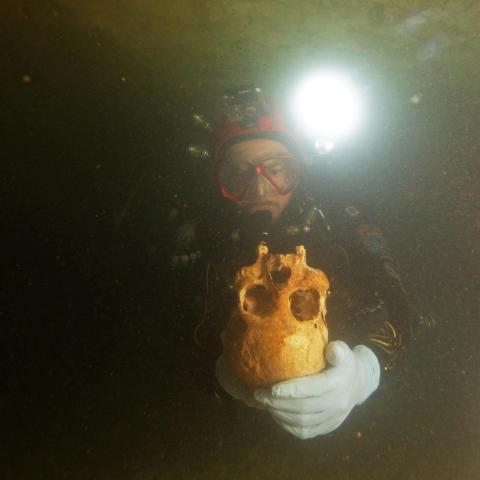 In recent years, tools, bones and other remains have challenged the dominant theory of how and when humans first populated the Americas. 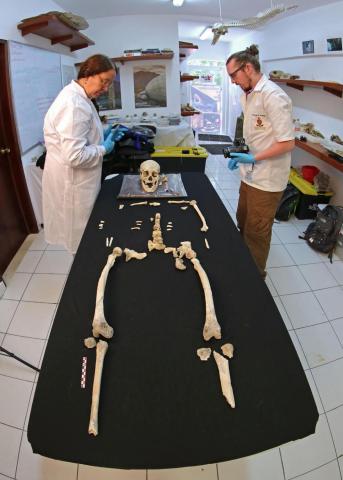 Now, a new skeleton from a cave in Mexico further complicates the prevailing story.

Mexico's Yucatán Peninsula has emerged as a key source of well-preserved skeletons from the New World's earliest human inhabitants.

Due to the small bone record available elsewhere in North America, the discovery near Tulum of nine well-preserved human skeletons over the past decade has exerted a strong impact on scientists' understanding of who occupied the region 13–9,000 years ago.

The study in the journal PLOS One describes the 9,900-year-old remains of a 30-year-old woman who suffered severe cranial traumas, possible bacterial disease and several dental problems.

As with three other skulls found in the Tulum caves, her cavities suggest a diet high in sugar, unlike the foods consumed by others in the area.

Her skull shape further distinguishes her from that group. It belongs to a pattern called mesencephalic: neither especially broad nor narrow, with broad cheekbones and a flat forehead. Other human populations in Central Mexico at that time tended to have dolichocephalic skulls, which are long and narrow.

The skeleton lends more support to the idea that two different human groups occupied Mexico near the end of the last ice age.