UA Study Explores How Food Is Advertised To Kids 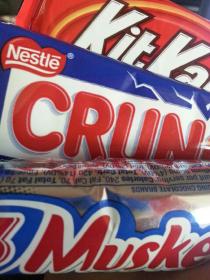 How healthy is the food advertised to kids? That question is the subject of a new report and some controversy.

In the early 2000s, health officials identified childhood obesity as a public health threat and determined kids’ exposure to unhealthy food advertising was a big contributing factor. That led the food industry to self-regulate in that area.

Dale Kunkel, professor of communication at the University of Arizona, was the lead investigator on the new study, which was funded by the Robert Wood Johnson Foundation.

For its part, the food industry says it’s made a lot of progress since it started regulating itself. Elaine Kolish is director of the Children’s Food and Beverage Advertising Initiative at the Council of Better Business Bureaus. Kolish spoke on behalf of the industry's efforts.