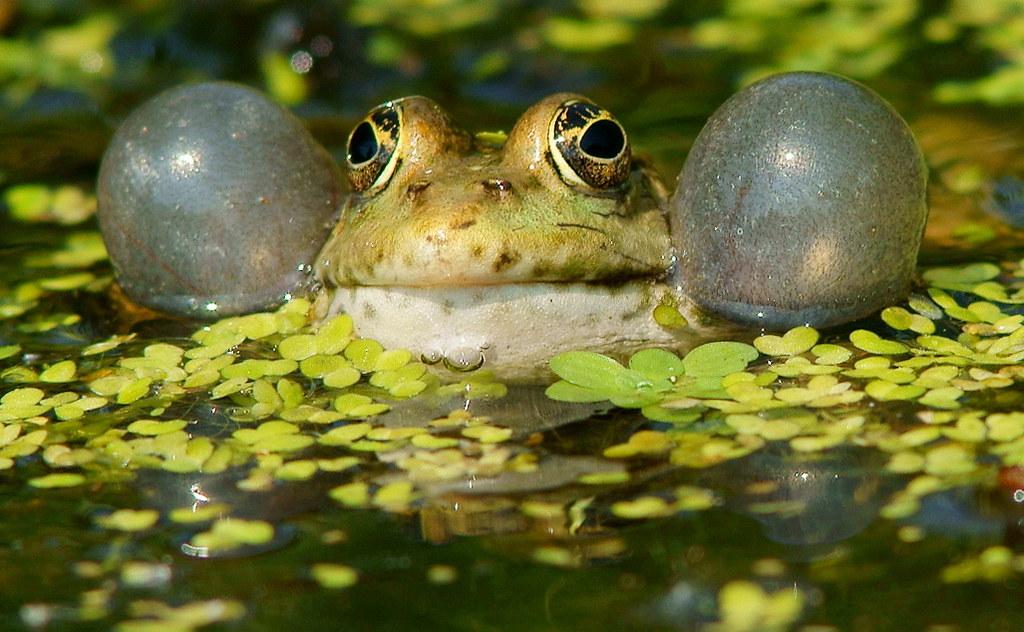 Peter Trimming/Creative Commons.
Frogs, like mammals, originated as predominantly nocturnal animals, but maintained the ability to communicate acoustically after switching to being active during the day.

Animals use acoustic signals to recognize one another, select mates and define territory. But when, how and why did this ability evolve?

A new study in the journal Nature Communications offers some answers.

"The first thing we wanted to know is, what explains which species have acoustic communication and which don't," said co-author John J. Wiens of the University of Arizona Department of Ecology and Evolutionary Biology.

Acoustic communication is widespread in land-welling vertebrates like amphibians, mammals and reptiles.

But how the trait evolved remains unclear. 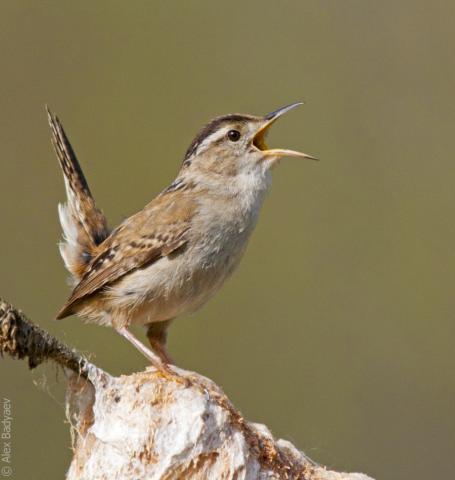 Alex Badyaev/University of Arizona.
Birds like this marsh wren rely heavily on acoustic communication to stake out territories and attract mates.

It has tended to persist ever since, although some frogs and nocturnal mammals did subsequently lose the trait.

As expected, the feature developed mainly among nocturnal animals, which have less access to visual cues.

But one surprise did emerge regarding how quickly sound-making species diversify. Although scientists have long studied the role acoustic communications, such as frog calls and bird songs, play in speeding diversification, this study found no such link.

"You might expect that those groups of vertebrates that have acoustic communication would speciate at a faster rate than those that don't. And what was surprising is – they don't; we don't get any kind of pattern like that," Wiens said.

Wiens and co-author Zhuo Chen said this might be because their study did not consider the functions of the sounds in question.

However, their research did support the longstanding idea that environment and ecology strongly influence signal evolution, although the authors did not directly examine such relationships.

Wiens says they next hope to expand their research to include all animals, including insects and fish, and to look at other trait types as well.

"For example, our results suggest that acoustic communication tends to evolve in the dark, so one thing we'd like to know is whether visual signals then tend to evolve more in animals that are active during the day," he said.