Year 4: Where Does The Women's March Stand? 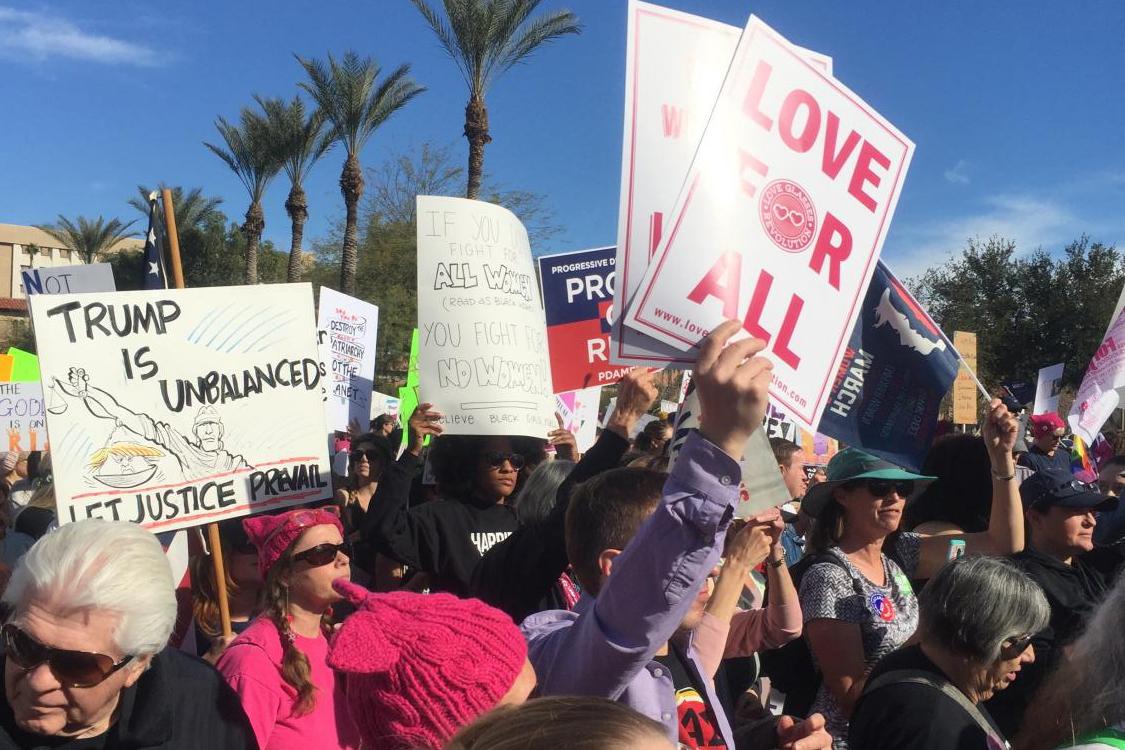 Matt Kling/KJZZ
Marchers take to the street for the third annual Women's March in Phoenix on Jan. 19, 2019.

Saturday marks the fourth year that the Women’s March will take place in Washington, D.C., and around the world. The Women's March in Phoenix will follow at the Capitol on Sunday.

But, four years after the original march was ignited by the election of President Donald Trump, where does the march stand?

Mako Fitts Ward, a professor at Arizona State University, joined The Show to talk about the significance of that original march just after the 2016 election.

EDITOR'S NOTE: The audio has been edited to clarify that the Phoenix march takes place on Sunday.