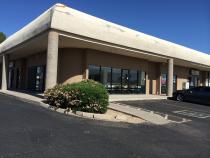 A few weeks ago, we brought you a conversation with Phoenix Councilman Bill Gates, talking about efforts to revitalize the area around 32nd Street and Shea Boulevard. The plan includes working on shops, restaurants and streets, among other things. But one proposed project has some neighbors upset.

It’s on 32nd Street, a few hundred feet north of Shea. Right now, it’s a single-story building with a vet and some other small businesses in it. But a developer is planning a five-story apartment complex.

"I see a building that could use some TLC, but I certainly don’t see a blighted neighborhood by any means," said attorney Michelle Lombino, who has lived a little north of the site for almost 20 years.

She and many of her neighbors don’t like the new project, called View 32.

Basically, Lombino’s argument comes down to the apartment building wouldn’t fit in the area.

"I think some of their points are really valid," said Michael Martindale with the brokerage firm CRA, which is working on the project.

Martindale said the area was built over the past 50 years and hasn’t had a lot of new development since then. But he thinks this project would change that.

"What we’re trying to do is introduce 147 units of folks to an area to get not only some revitalization, but not for merchants and restaurants, which would be great, but these people are gonna come, they’re gonna enjoy the neighborhood, I think they’re gonna revitalize it and they’re probably gonna look around and want to stay and buy a new home," he said.

The apartment building would essentially change the zoning on that piece of land, using what’s called a Planned Unit Development or PUD. Phoenix has been using them for less than a decade although it had, and other Valley cities still have, other similar designations.

Grady Gammage has been a zoning lawyer in Phoenix for 40 years and said PUDs give developers and land owners more flexibility and cities more oversight and control. And, he said, they’re becoming more popular.

Gammage, though, said they’re not perfect.

"The dilemma with it is, unlike the old-style zoning, if you’re a neighbor you’ve got to be really vigilant in paying attention to what’s being proposed because it’s gonna be very specific and there may be aspects of it that are quite different from what was typical in the neighborhood before someone proposed a PUD," he said.

Gammage expects developers to continue using PUDs. He said some really like them because of the flexibility they offer and are willing to invest money up front for design work before knowing if the plans will be approved. On the other hand, some developers won’t use PUDs because they don’t want to spend the money on a project that may not get approval.

Wendy Riddell, a land-use attorney with the firm Berry Riddell and Rosensteel, said PUDs can be especially useful for infill projects.

"We kind of have this one-size-fits-all zoning and it didn’t really incorporate, in most situations, the type of mixed use that we want to see today, that more sort of work-live-play concept, that urban living concept," she said. "And through the use of the PUD, you’re able to develop those types of projects."

Riddell said the process for applying for a PUD is generally longer and more expensive than a typical zoning case. But, she said, they’re a helpful tool.

"I think what’s particularly beneficial about PUDs is it really allows everyone, from the community at large to our elected officials, to look at the design that’s proposed within the particular context in which it’s proposed," she said.

Riddell said PUDs can change things like how far back from the street a project is built, a parcel’s use and the height of a building. And it’s that last one that has Michelle Lombino and her neighbors particularly upset about View 32. She’s worried it would obstruct the area’s views of the mountains.

"If the developer introduced something that was more in keeping with the current zoning and the current area, I’m sure that my neighbors and I would consider it," she said.

But broker Michael Martindale said factors like height and mass are driven by economics. He said if the price was different, the project might be as well.

"You need to get a level of mass to get things like financing and buyers at the end of the day for the projects," Martindale said. "And, at 147 units right now, we’re frankly borderline. Getting much below that, the economics just — they don’t exist."

The case was scheduled to be heard by the Phoenix Planning Commission this week, but at the developer’s request, the panel held off on that until its June meeting. In the meantime, there’s another neighborhood meeting planned to talk about the proposal.