Muralist Hugo Medina: Made in Arizona 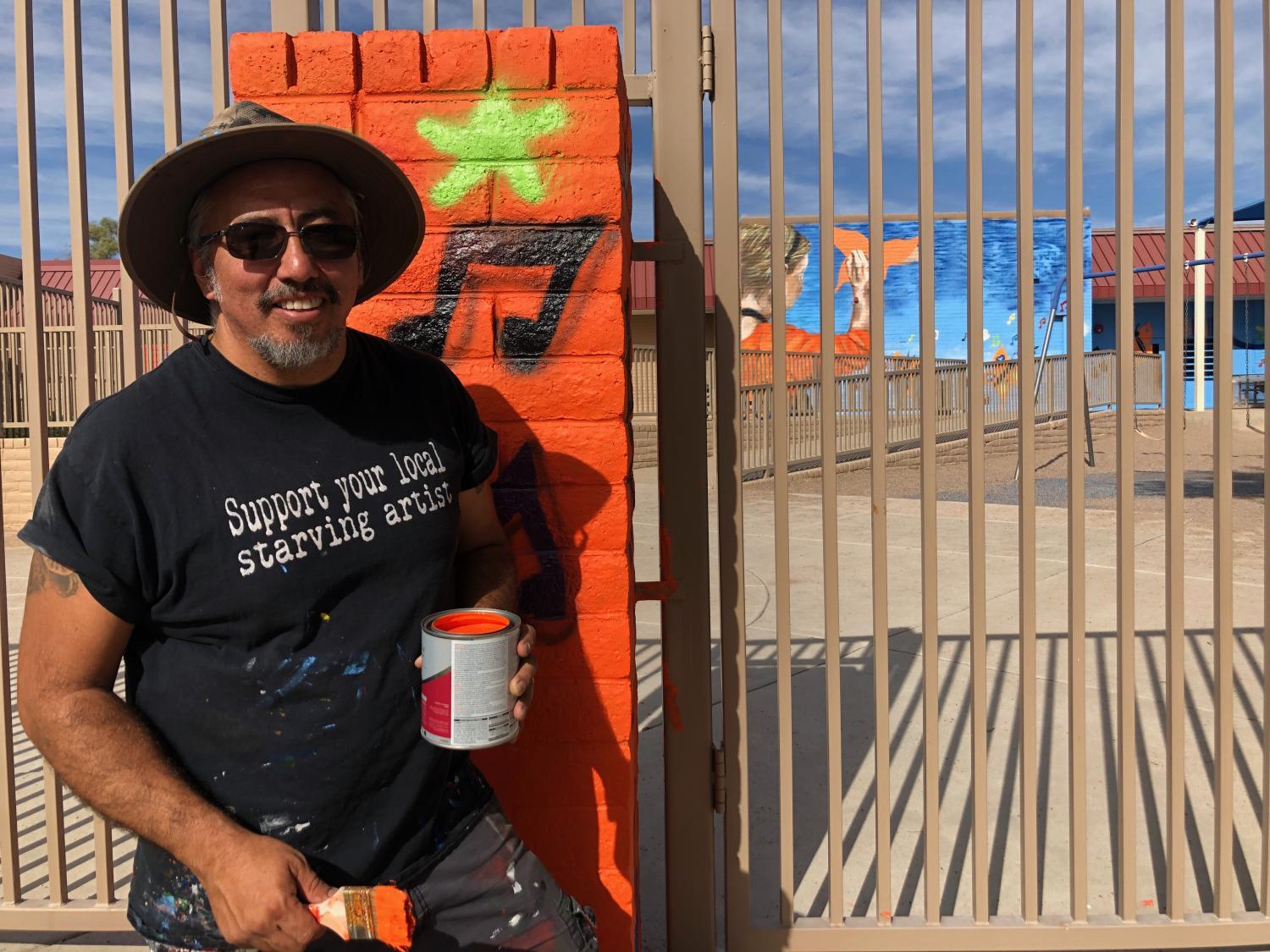 Lauren Gilger/KJZZ
Hugo Medina is an artist, sculptor and metal fabricator who’s made his mark on the Valley in a number of ways.

Hugo Medina is an artist, sculptor and metal fabricator who’s made his mark on the Valley in a number of ways. But the most recognizable is probably his murals.

One of the most recognizable covers 70 feet of the outside of the Renaissance Hotel in downtown Phoenix and depicts “Malinda,” the woman whose spirit is said to haunt the alley where it sits.

More recently, Medina helped the students in his Facing Immigration class at ASU create a mural alongside community members that tells the stories of immigrants right here in the Valley.

This kind of community minded work is typical of Medina, who immigrated here himself from Bolivia in the late-90s.

When The Show caught up with him, he was working on another community project, kneeling on the ground in front of a concrete post outside of Highland Arts Elementary School in Mesa.