Tales From The 'Cryptsmas': Exploring The Scary Stories Of The Christmas Season 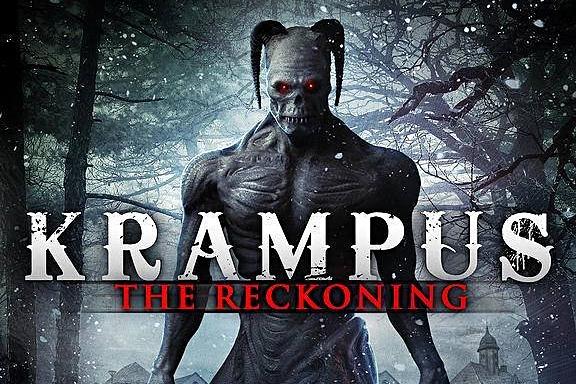 Halloween is likely a distant memory as you amble around crossing off those final items on your holiday gift list.

But even though yuletide decorations abound and the sound of Santa’s sleigh is heavily anticipated, the history of telling ghost stories during the Christmas season is a tradition many also celebrate.

After all, ‘tis not the season without the Grinch and how he stole Christmas.

Enduring his malevolence during the Christian holiday has been a rite of passage for millions over the last 60 years as Theodor "Dr. Seuss" Geisel published the original children’s story in 1957.

Viewed widely by many as a simple re-telling of Charles Dickens’ “A Christmas Carol,” Dr. Seth Lerer said it’s anything but, as the Grinch is a goblin.

“He is a very scary alien threat.”

Lerer is a professor at the University of California San Diego and specializes in children’s literature.

He said to understand “How The Grinch Stole Christmas,” it’s necessary to appreciate the era in which it was written.

Where did the legacy of telling ghost and goblin stories during the Christmas season come from, anyway?

Hint: Across the pond.

Dickey said an older example than Dickens’ tale of the centuries-old tradition can be found in Shakespeare’s play, “The Winter’s Tale.”

“There’s a line in the play: ‘A sad tale’s best for winter. I have one of sprites and goblins.’ So, there’s this idea that it’s the dead of winter when you tell these stories about ghosts and little creatures,” said Dickey.

Four-hundred years past Shakespeare is a long tradition. But have you ever heard of Krampus?

According to the movie trailer for the 2015 film “Krampus: The Reckoning,” “Krampus the Christmas devil is contrary to the different variations of Santa Claus who’s said to reward good children. Krampus is sent to punish the evil ones.”

Arizona-based indie filmmaker Robert Conway has several movies to his credit, including that film and two others devoted to the Christmas ghoul.

He recounted the memory of when the project started.

“My distributor actually — which it’s rare for anybody to call me on Christmas — was like, ‘What have you heard of Krampus?’ And I had no idea what he was talking about. I’m like, ‘What is that, some kind of rare ailment?’”

According to historians, the legend of Krampus dates back to pre-Christian pagan influences.

“So, I just started researching it and found it really fascinating. I mean the lore talked about this Germanic Christmas demon and there was this big Krampus culture in Europe where they would have these Krampus marches and Krampus walks where the adults dress up like this scary monster and scare the kids at Christmas time,” said Conway.

His interest in the historical significance of the scarier side of the holiday season is one of the many reasons he chose to make the trilogy of films. And his connection from filmmaker to audience resonates with many of their yuletide experiences.

“You know, in a weird way, I think a lot of people dread the holidays. So, I think Krampus kind of represents the manifestation of that underlying dread. You know, the added financial pressure, the difficulty of dealing with family. Krampus is kind of an escape because the family gets torn to shreds by a monster. Your annoying uncle gets ripped apart by the Krampus,” laughed Conway.

So have you been nice or naughty this holiday season?

If history is any judge, the tag on a gift in your stocking might read either "Merry Christmas," or "Merry Cryptsmas.”

Listen to in-depth conversations with those featured in this story on KJZZ's “Word,” a podcast about the literary arts in Arizona and the region.