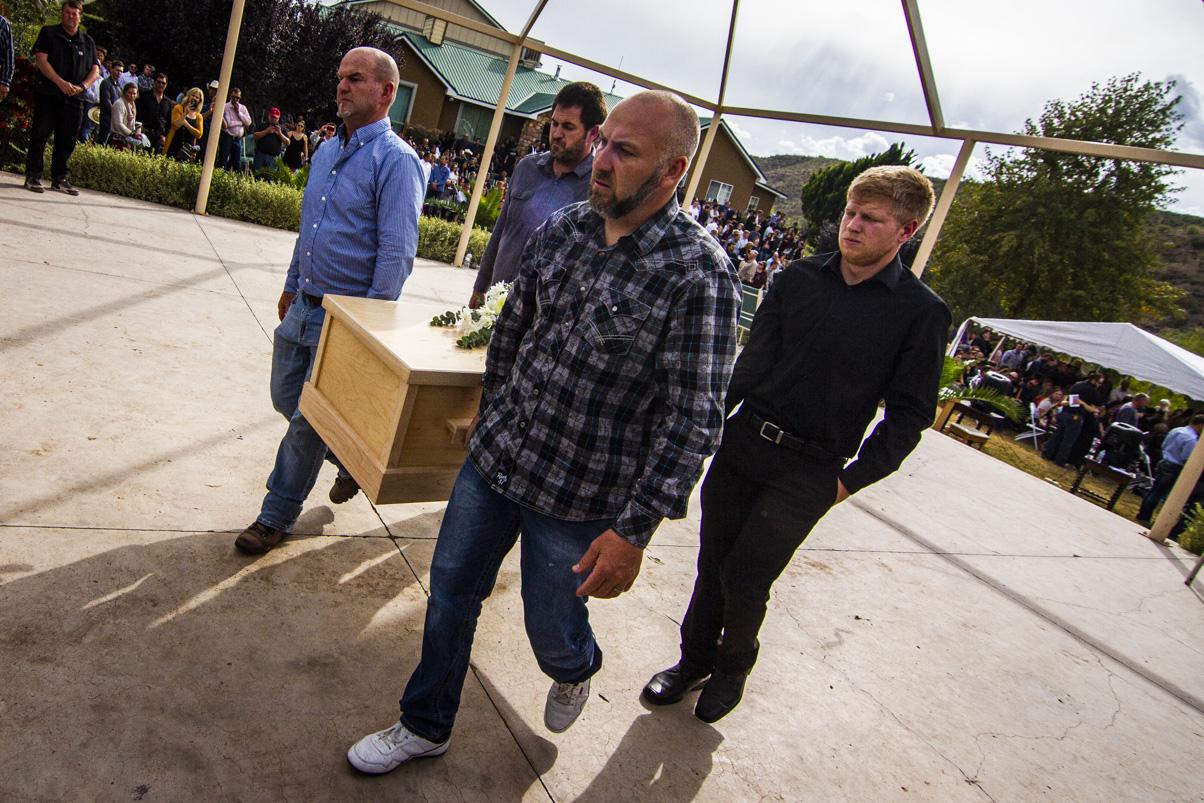 MARK BRODIE: Over the weekend, the Mexican government announced it had arrested suspects in the massacre of nine women and children in northeastern Sonora. For more on this development, we've got KJZZ's Murphy Woodhouse on the line from the Fronteras Desk in Hermosillo, Sonora. Murphy, good morning.

BRODIE: Hi, Murphy, there you are. So what details did the government share? What do we know?

WOODHOUSE: Well, there were not a lot of details in the release that the government put out yesterday. But what we do know is that early on Sunday morning, Navy, Army, federal investigative police and intelligence officials, they carried out a search warrant. And in that process, they arrested several people — not specifying how many — suspected of having been involved in the murders. And additionally, the government said that it had made another arrest the previous month, earlier in November, and they said that that arrest has provided a great deal of valuable information that they are pursuing in the ongoing binational investigation.

BRODIE: Any sense of what family members think about this?

WOODHOUSE: So we have not yet spoken with any family members since this announcement was made. But Julian LeBaron, who is a longtime activist and has kind of served as a spokesperson for those impacted, he told the Washington Post over the weekend that he's not too impressed with the arrests. And he described those arrested as "low-level thugs," in his words, and in that the arrest is sort of allowed the government to say that they're doing something. He also says that what the families are really looking for are arrests of those who gave the orders.

BRODIE: But Murphy, from your previous reporting — we've talked about this on The Show as well — it seems as though some family members do have at least some amount of faith in the investigation, right?

WOODHOUSE: Yeah. So I spoke with Matthew Langford last week after President Donald Trump's announcement that he intends to declare drug cartels as terrorist organizations. He's — just to let you know who he is — he's one of the brothers of one of the three women killed in the attack. He's very skeptical of that terrorism designation. And a part of that skepticism comes from his belief that Mexican officials, working with the Federal Bureau of Investigation, are capable of finding those responsible. And he also fears that calling cartels terrorists, that could actually undermine what he feels is a pretty promising investigative effort.

BRODIE: And Murphy, am I right that there's a meeting planned between Mexico's president and victims' family members scheduled for today?

WOODHOUSE: That is correct. A few dozen family members are expected to meet with President Andrés Manuel López Obrador today. He plans on updating them on the case, and that would presumably include details about these latest arrests. And then another family member, Brian LeBaron, he spoke with with our colleague Kendal Blust last week again before the arrests. But I think he shared some comments that will likely be on the minds of many who meet with the president today. He said that López Obrador, he enjoys very strong support in Mexico and that his most important responsibility is to protect the Mexican people. And Brian said that he wants to see the country work with the United States to develop a strategy that can make that happen.

BRODIE: All right. That is Murphy Woodhouse from KJZZ's Fronteras Desk in Hermosillo, Sonora, Mexico. Murphy, thanks for the update.