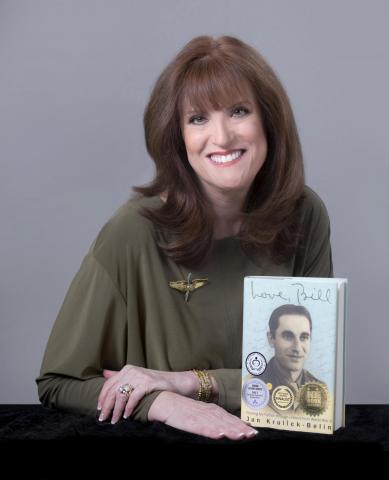 Americans who fought in, or lived through, World War II have been called “The Greatest Generation.”

Many members of that group weren’t inclined to sit their families down to talk about their experiences, and many remained stoic, not asking to be called heroes.

Jan Krulick-Belin was able to learn a lot about her father’s experiences, but not because they had the opportunity to discuss them. He passed away when Jan was only six years old.

But decades later, she found nearly 100 letters her father had written to her mother in the 1940s. With Jan’s mother’s permission, but with the requirement that it be after she had died, Jan read through all the letters.

She compiled the letters in a book called "Love, Bill: Finding My Father through Letters from World War II."

The Show spoke with her about it and began by asking what she found to be the biggest impact of the letters.