A watershed scarred by the Museum Fire has left homes and businesses north of Flagstaff at risk of flooding.

That risk still stands, even after the region experienced historically low rainfall this monsoon season — the driest season on record, according to the National Weather Service.

The rain that did fall on the burn scar left by the Museum Fire was generally light or moderate, so it didn’t cause the type of severe post-wildfire flooding officials prepped for.

Lucinda Andreani, director of Coconino County Public Works, told the Board of Supervisors and the Flagstaff City Council on Monday afternoon that officials will remain on high alert. And she advised residents and businesses that flood mitigation efforts, like sandbags and other water barriers, should be kept in place at least through the 2020 monsoon season.

Winter snow and spring rain has the potential to wreak havoc on a community of nearly 500 homes and 50 businesses in the watershed.

“The good thing about winter is we tend to have a little bit more advance notice if we’re going to get rain or a major event. But they are continuing to monitor, and that system is in place," Andreani said. 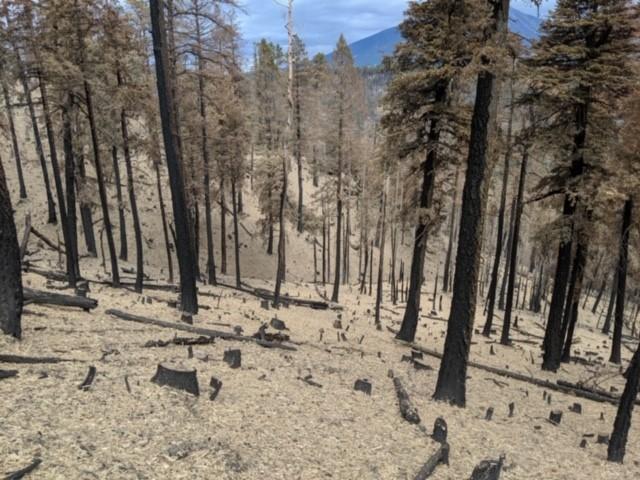 inciweb.nwcg.gov
Steep slope after aerial mulching within the Museum Fire scar in October 2019.